Written and Photographed
by Owen Roberts
​Drones in particular have changed the way that videographers and photographers have been able to adjust their workflow to deliver products that were previously unobtainable outside of a box office movie set. Aerial footage provides a unique and unreplaceable perspective to a project by changing the point of view that is expected from most traditional film shoots. In the past there have been several methods that creatives would employ to obtain footage from this perspective including kites and balloons, that predated the more modern aviation applications that are used today. From the late 19th century all the way to the mid 2000’s, aerial footage was a massively expensive and impractical for most creatives who did not have access to massive budgets. However, in the last decade a wave of consumer drone products has filled the market and allowed access to high quality aerial footage to creatives of all backgrounds.

​Flying a drone to capture cinematic footage is a process that requires following multiple steps to ensure that each flight is safe, responsible, and productive. The first step to any flight is to check the takeoff location to verify that it is free of any obstacles or people that may interfere with takeoff or landing. Obstacles that obstruct the drone from the controller also cause issues with connection and GPS that are critical for the positioning and return-to-home features of many drones today. It is important to pay close attention to guidelines that are set in the location that you intend to fly, since flying around a high-resolution camera can lead to concerns over privacy and public safety. Because of this, a good rule to follow is to keep the aircraft at least 50 feet away from people around it, and to maintain a visual line of sight (LOS) as much as possible when flying and recording footage. 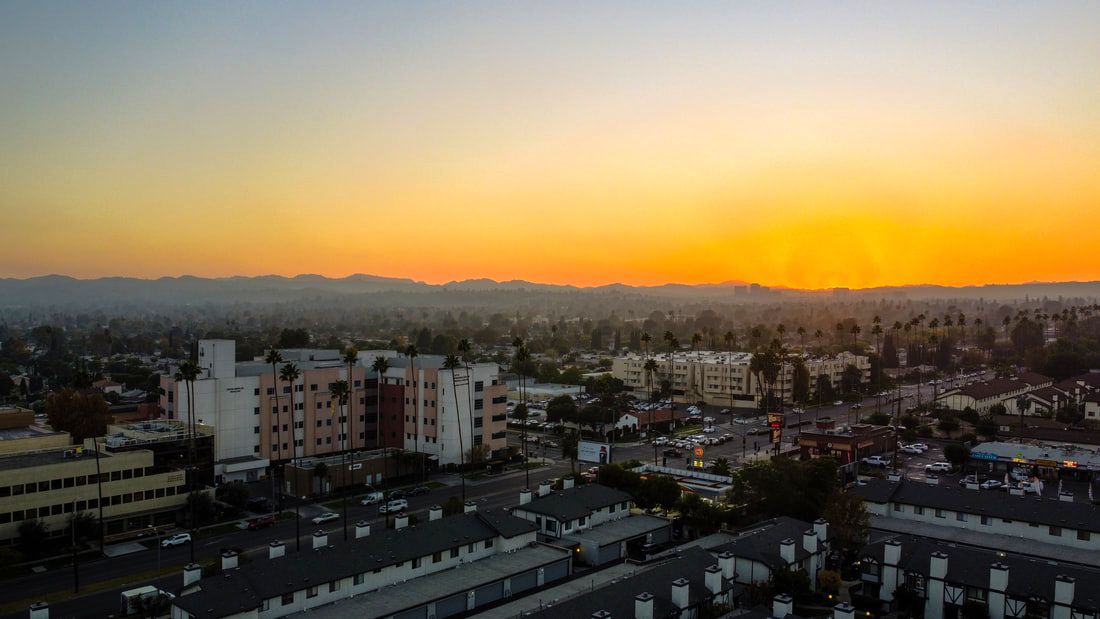 Within the app for DJI products, a map can be accessed that details areas around the user that are indicated no-fly zones or restricted flight areas that may have specific regulations about drone flight. I recently received a DJI Mavic Mini as a gift and have been learning each of these steps on this drone in my free time. This drone is very cheap at less than $500 and does not require a license to fly making it a fantastic entry option for the drone market.

​Additionally, it is important to be aware of the weather conditions and how they may affect the flight. For example, the wind speed and direction are two of the most essential pieces of data necessary to fly a drone of any size. When checking the wind speed, it is important to remember that at 100 feet of altitude it is safe to assume that the speed may be double what it is on the ground. The direction of the wind plays an important role in determining a safe flight path, ideally so that the drone may be assisted by the wind if the batteries are depleted or signal is lost. Because the drone that I fly only weighs 249g, wind can be a blessing and a curse when it comes to such a small aircraft.

Once the takeoff area, airspace, and weather conditions have been deemed adequate, the next step is to connect the aircraft to the controller and verify the settings before launch. After unfolding the arms of the drone and removing the gimbal protector, it is sometimes necessary to calibrate the GPS or gimbal settings prior to takeoff. Once those checks have been completed, there are a few safety settings that should be adjusted before flying such as the return to home altitude and the maximum distance/altitude limits. Settings like these act as a safety net that help prevent accidents or damage to the drone or objects around it. One final check should be made to ensure that there is a memory card inserted into the aircraft as well, and that any necessary formatting processes have been completed. 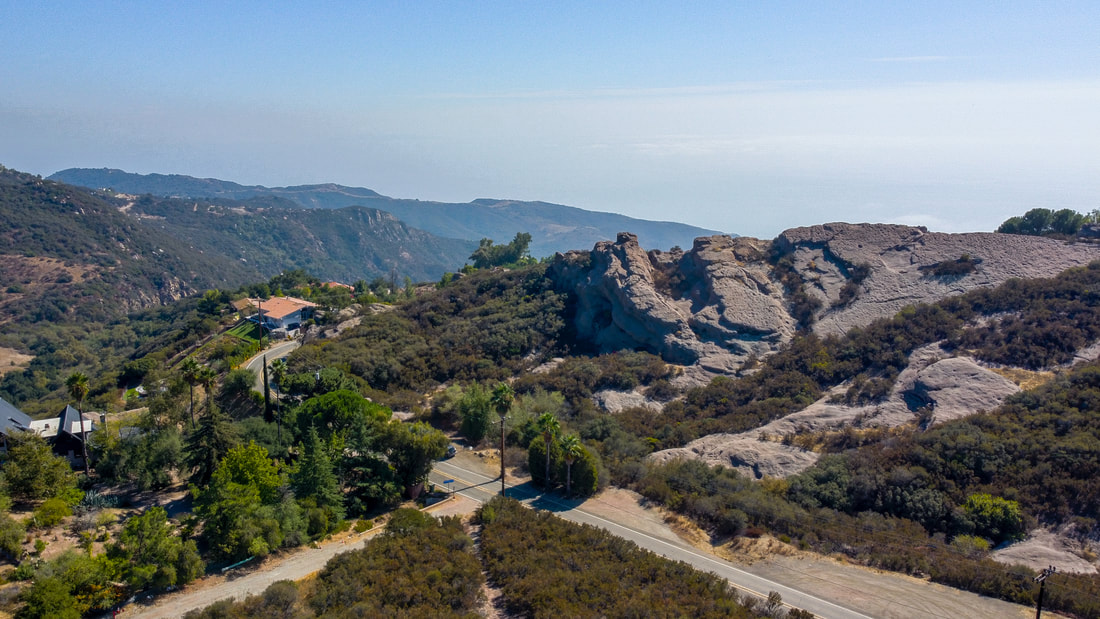 One of the most important parts of any flight is the takeoff, and the process of gaining altitude. The same sentiment and rules apply for drones, so it is worth paying extra attention during this portion of the flight. When I was learning to fly my drone, I discovered that DJI includes a feature that will automatically launch the drone and keep it hovering and static in one location. This is one of my personal favorite features of the Mavic Mini, and is common across the entire DJI lineup as well as many other manufacturers’. While it is stable, this is a good time to make sure that the camera is recording, and all settings are dialed in to make sure that the shot gets nailed. It is crucial to double check that the camera is recording for the entire duration as flight time is limited and all footage has potential to be usable. Following that final check, it is best to gain altitude quickly to free yourself from any possible obstacles or hazards that could be an issue while the drone is taking off.

​The next step is by far the most enjoyable and immersive part of the entire flight experience. Once the drone is airborne and the settings are dialed in, it is time to begin collecting footage and executing any planned movements. There are several ways to go about collecting footage, whether you like to plan each shot out before takeoff or take more of a leisurely approach to your methods of collecting video. While flying, it is important to make sure to keep the aircraft’s movements as smooth and cinematic as possible and avoid those that make your shot look choppy. For the best results, fly in a straight line and pan in one direction, and adjust the altitude if needed. Adjusting the angle of the camera gimbal assembly should also be done in gradual and slow movements to preserve the smooth cinematic effect that flying provides. With a bit of practice and courage, flying low and close to objects for dramatic reveals becomes more effortless. Repeating this process frequently will yield a more competent and confident drone pilot and some much more captivating footage. 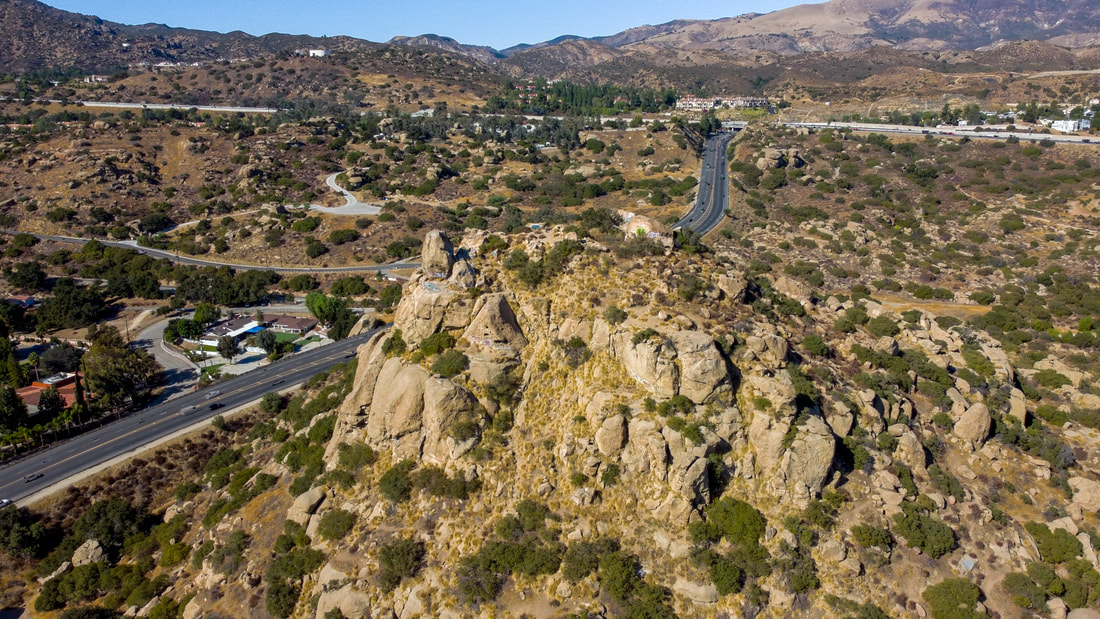 Arguably the most crucial point of any aircraft’s flight is the process of landing when the journey is over. It is important to keep a close eye on the status of the battery of the aircraft so that the landing process can begin before the aircraft dies. Typically, I tend to return my aircraft to home when the battery reaches about 20% to avoid a situation where the drone performs an emergency landing. It cannot be emphasized enough that taking things slow while performing a landing can prevent accidents that could spell disaster to both your drone and your footage. Keep a close eye on the aircraft during the entire landing process and slowly guide it over a clear and level surface. DJI products also include an auto-landing feature that assists the pilot in landing the aircraft autonomously and turns of the props. Once the drone is safely on the ground, stop the recording and retrieve it from the landing pad.

​Drones and other consumer level aerial camera equipment have changed the way smaller filmmakers and photographers’ approach creative perspectives in ways that were previously not thought to be possible. With an option that is available for less than $500 that can take ultra HD footage, it is possible for creators of all levels to achieve stunning photos and videos from above, without needing to be an actual pilot or have thousands of dollars to spend. Drones have revolutionized the imaging industry and will continue to blaze new trails for a variety of industries.