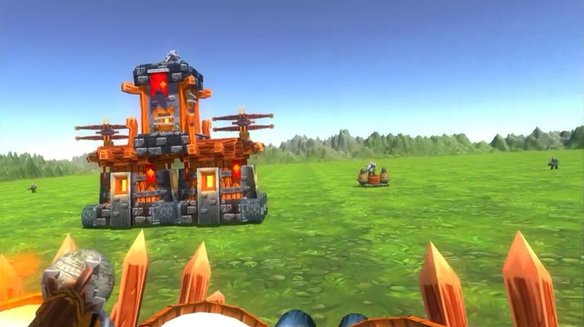 Drums of War
Alan Flores is a heavy metal fan looking to rock the game design world with his new virtual reality game Drums of War. Being a man of many talents, having worked on huge game titles such as Tony Hawk and Guitar Hero, he plans to use his variety of skills that he’s acquired over the years to beat the competition with a VR game that feels great and that will leave you cheering in the audience for an encore.

As I walk into the 1UP bar, I feel as if I have stepped into the past in a time before technology was mobile and the only video games you could play were in arcade cabinets. As I walk towards the back of the room to grab a table, I approach an area where there are rows of arcade cabinets with every old school game I can imagine. I listen to the beeps and boops of the arcade games and lean back watching the 90’s batman movies on the television screen on the wall.
Midway through the Batman movie I hear the familiar voice of Alan Flores, the game designer of the past, present, and future. As the interview takes place, Alan tells me of his early carrier of creating games that resemble the old school games playing in the background. As I continue the interview, he tells me of the more known games that he has worked on such as the Tony Hawk franchise and the Guitar Hero series.  I slowly uncover that he was practically the creator of my childhood. Every game he listed off was responsible for the hours of late-night gaming that kept me tired all throughout the day. Although Alan has worked on so many popular games, he has moved on from those projects and has set course for the future.

​Virtual Reality is the talk of the game industry. The future of gaming is told to be all seen through the lens of a headset that will make you feel like you are in the game instead of viewing it from the outside. Games make you play as the main character but in virtual reality you are the main character. The sad thing about this is currently the lens and so-called reality in virtual reality makes you sick, very…very…sick.  There aren’t that many games on the virtual reality shops that solve this problem too. As we sit in at the 1UP bar with the never-ending nostalgia of the 90’s, Alan expresses that he is a man of ideas and heavy metal. Using his past experiences in rhythm-based gameplay, he set out to create an experience with heavy metal and no throw up. Eventually, Drums of War was created from Alan Flores’ rock train of thought. Drums of War would completely solve the sickness of virtual reality and create an experience that would truly rock. Alan Flores is an everyday hardworking game designer but on his time off he continues to expand Drums of War in hope to take down the indie game scene with his revolutionary game feel. 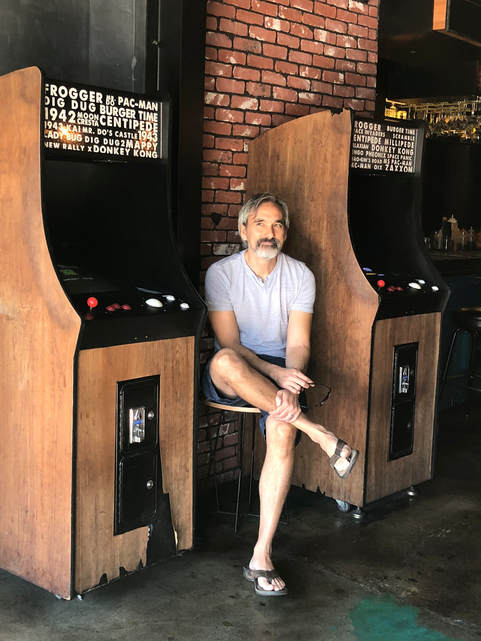 What is some of your work experience in the industry and what you have enjoyed the most about it?
"I’ve been around since the dawn of video game design, I’ve really been making games forever. I guess my real game experience started at Real Time Insurgence and I was working on a game called Battle Stations that was a ship combat game for Electronic Arts (EA). I like to think of it as Tekken with ships. Later in my carrier I ended up working on the first Spiderman PlayStation game. I’ve also worked on multiple Guitar Hero games, and on a majority of the Tony Hawk games. Over the years I’ve really gotten to work with multiple different genres that allowed me to get a feel of the different types of games."
​
Being that you have worked on so many big titles what do you think was the most challenging part of the game development process on those projects?
"It's really different on each one. For example, when I was working on the Tony Hawk franchise it was really complicated to continue making sequels that felt the same but brought something new and fresh. It gets really difficult when you are making more than one sequel and are continuing series that are on there 7th, 8th or 9th game. At the time when I worked on Guitar Hero 3, we had recently taken it over by Harmonics and we struggled with revolutionizing the game while also not turning away from the feel and gameplay that it had already established."
Recently you have stepped into the indie game scene with your game Drums of War, can you tell us a little about the game and where you would like to see it go in the future?
"Absolutely, my game is called Drums of War where you play as an orc drummer using a unique local motion mechanic with four drums set in front of you and you bang the drums to the beat of the music to move your orc forward. So, it really solves the problem of people getting sick and giving them a great feeling experience."
​

​"(My game) really solves the problem of people getting sick and giving them a great feeling experience." 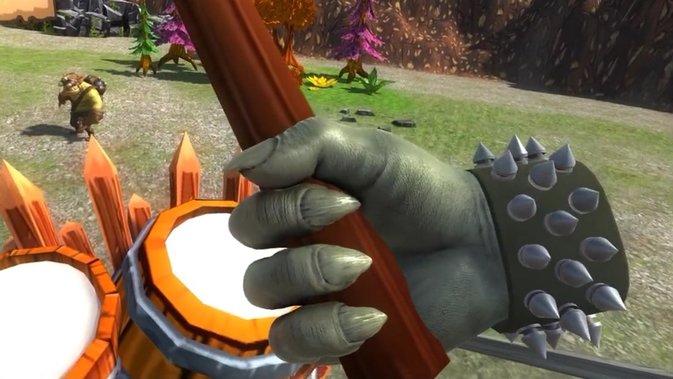 You have really been excelling with Drums of War and as a game designer. That being said, where do you see yourself in the game industry in 5 years?
"Hopefully, Drums of War will be a success so that I can potentially make a sequel. You know… I’m a big heavy metal guy. I had this vision of making a game using some of my favorite heavy metal bands. I really think that heavy metal and game design have a lot in common because they are very dynamic and explosive."
​
​
The game industry is known to be rough, so do you have any advice for those who are getting into the game industry?
"You always got to be on your toes because some places aren’t as stable as others. Most importantly, follow your passion and find what you truly love in the industry. If you are being an indie designer it’s really important try to be overall good at every aspect of game designer whether it’s programming, level design, or storytelling. That’s why I feel like I can be an indie designer because over the years I have acquired many skills that allow me to have to rely on others to make game." 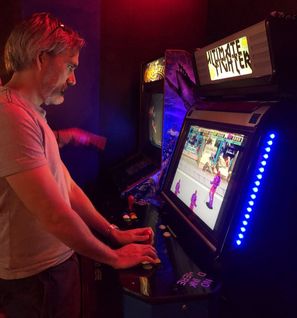 As the interview slowly starts to come to an end, Alan talks of his passion and desire to influence the game industry. As we conclude the interview, I realize that Alan Flores is a man that isn’t affected by time. He is truly a game designer that has been there since the early years and still continues to create and innovate. He is the definition of what it means to be a game designer, by never stopping when it comes to creating the next big leap in games. After the interview, Alan and I took a step back in game history by playing Street Fighter and Ninja Turtles. Over the course of thirty minutes I have never felt more defeated. I have truly met the master of fighting games and wave the white flag knowing that his game experience masters mine.

The game industry is ever changing and you can bet that Alan Flores will create that next big leap in VR design. I am privileged to have interviewed a man of this many talents and I look forward to the next and innovative designs he has for us in the future.

​"Most importantly, follow your passion and find what you truly love in the industry."