​​Film For All:
​Armenian Film Society 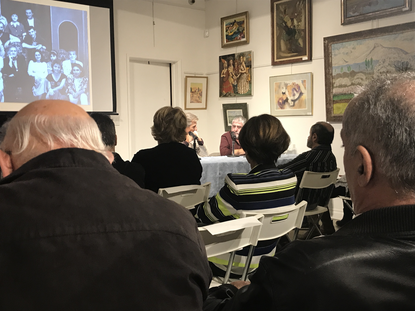 Armenian Film Society at Abril Books in Glendale
​During one of his regular visits to his favorite bookstore, Abril Books in Glendale, an idea struck Armen Karaoghlanian after a passing conversation with the owner. He was merely thinking out loud, waxing poetic about how the space would be the perfect hub for film lovers to share. The owner himself responded eagerly, saying, “Well, we have a book club and we’re thinking of showing films here, or we do it from time to time and would like to keep it more consistent.”

That same night, Armen ran home excitedly to his wife and collaborative partner, Mary Karaoghlanian, about how they could possibly take this idea further. “We didn’t really know what it was going to become until later that year,” Armen told 7500.

​True enough, little did he and Mary know, their small idea would grow to become something much larger than they’d ever expect. Thus, the Armenian Film Society was born, now two years running after that one fateful evening, serving as a film community for Armenians and non-Armenians alike, having welcomed guests such as the beloved actor Ashot Adamyan, screenwriter Eric Nazarian, historian Anthony Slide, and Mean Streets and Raging Bull writer Mardik Martin.

When it came to their previous (and still ongoing) collaboration, the online magazine Interiors, their intentions were to fill the void for a lack of discussion about film and architecture. In the same vein, Armen and Mary created the Armenian Film Society in 2015 with a concern for the lack of films being shown in their home city of Glendale. “We think of Glendale as this big, growing city, but we have one film theater that just shows the top blockbusters. If we can add to that mix, then we want to,” said Armen.

"We wanted to shed light on those people that are actually doing something that is so creative, but just unknown." 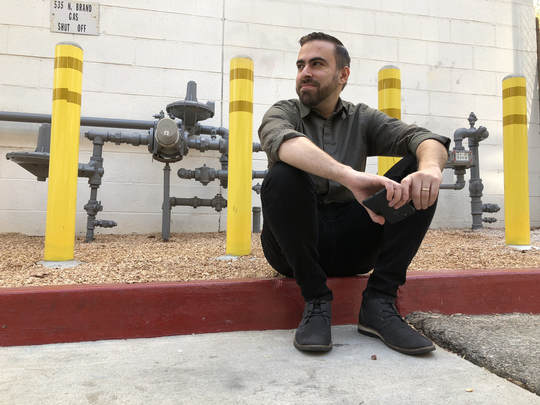 Armen Karaoghlanian, co-founder of the Armenian Film Society
Beyond that, they also wanted to diversify the art that Armenians largely pay attention to in the mainstream, which consists of cheesy soap operas that do not necessarily contribute to the cultural conversation in a meaningful way. Of this, Mary said, “There are all of these great Armenian filmmakers, producers, creative people within the industry that contribute so much to the creative world that go unknown. The ones that are known within the Armenian culture are ones that they see on TV on a day to day basis, in their regular soap operas and things like that.”

“So one of the main things that stimulated the idea for us was that. Everybody’s always talking about all these soap operas and these actors, thinking that, ‘Wow! They’re such big names in the industry, and they’re doing such great things! But what about all these people that are going unnoticed?’ So [we] wanted to shed light on those people that are actually doing something that is so creative, but just unknown.”

"Having the interest, having the community be involved, and having all these things is one thing, but legitimizing it and really taking it to the next level is a huge challenge that we haven't quite navigated in any other way."

While they have already established themselves as an important part of the community, especially after two years of screenings, discussions, and other events, the challenges have been bountiful, especially in regards to growing the organization with very little money.

​“The problem is, we’re now talking about some really big events that we want to do, and it’s really scary because to get to that level, you need a lot more financial support than we have right now. That’s a struggle. It’s just really difficult to take it to the next level. Having the interest, having the community be involved, and having all these things is one thing, but legitimizing it and really taking it to the next level is a huge challenge that we haven’t quite navigated in any other way,” Armen said. 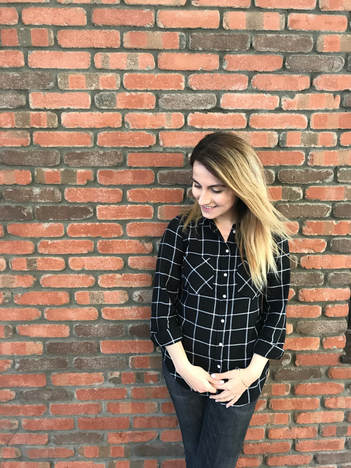 Mary Karaoghlanian, co-founder of Armenian Film Society
Surprises have not been on short supply either, especially given the warm and welcoming response of the community they serve. Armen remarked, “I think they’re genuinely interested in watching film and watching films that they wouldn’t normally see. So it’s less about us. We’re just the community that allows this to happen.”

Mary herself marveled at how film has brought the community together, and how approaching cultural conversations from the lens of cinema has been more than effective.

​“I think that film is such an interesting art form. It’s the one kind of art that everybody thinks that they can have an opinion on. There isn’t one right answer to a film. So, I think, that’s one of the reasons why we thought this would be a great way to bring the community together. To bring the community together in a way where they’re having discussions in a different manner, as opposed to how they would normally,” she said.

Ultimately, Armenian Film Society has its sights set on bigger and better things ahead. They both stress that they are far more than a group that only screens films. “I like to tell people that we’re 5% of where we want to be,” said Armen. “The conversations Mary and I had two to three years ago, none of those things have really happened [yet], other than these events and screenings. We have plans to give back to the community, give back to young filmmakers, Armenian filmmakers, filmmakers who want to tell Armenian stories, women filmmakers… We have plans of just thinking beyond the constraints of a film screening series.”
As we wrap up our conversation outside of a coffee shop located in the heart of downtown Glendale, surrounded by the richness and opportunities the city offers, I have no doubt that the future will remain bright for the Armenian Film Society. When I ask about what’s next, Armen said, “I would like us to think bigger, think different, think outside the Armenian box that we sometimes think of ourselves in. If we can share more movies, help create more movies, and help preserve more movies, then I think we’d probably be where we want to be.”

It seems to be only a matter of time.
​
For more information on the Armenian Film Society and their upcoming events, see here. To read their online magazine on film and architecture, Interiors, visit them here.