Written by Owen Roberts
Photos Courtesy of Bob Bekian
Those who meet Bob will come to realize how dynamic his personality really is, being able to carry strong conversation with people of any background. His enthusiasm and vision carry over to his businesses, and consequently each project that is created within his facilities. 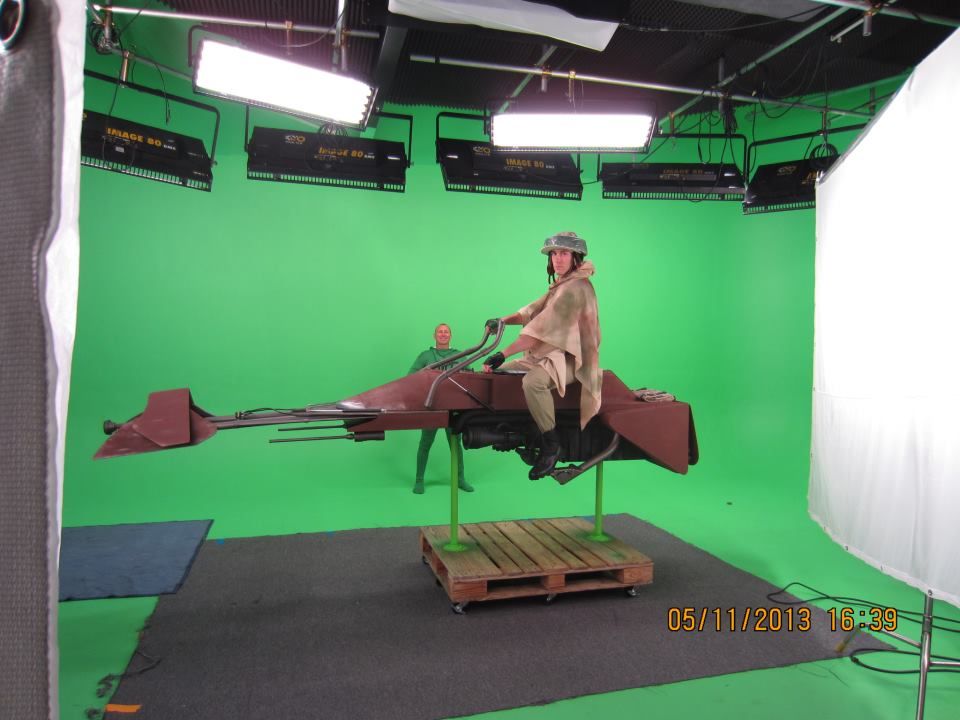 "Ultimately, when your nerves start creeping up, you can hang your hat
​on your preparation."

From there, Bob started the companies that he runs now, and focuses on TV production, post-production, and augmented/virtual reality applications. Since their inception in 2005, Loyal Studios and Spotburner XR have generated over $10 million in revenue on projects and has steadily scaled business to work with companies such as NBC, Disney, and Amgen. It is clear through the work that Bob has done and continues to seek out that he is constantly reimagining the services and industries that his businesses could benefit, and actively seeking them out at all times. I was excited to reach out to Bob and interview him in a more formal setting, and hear his perspective about the city that we both grew up in. 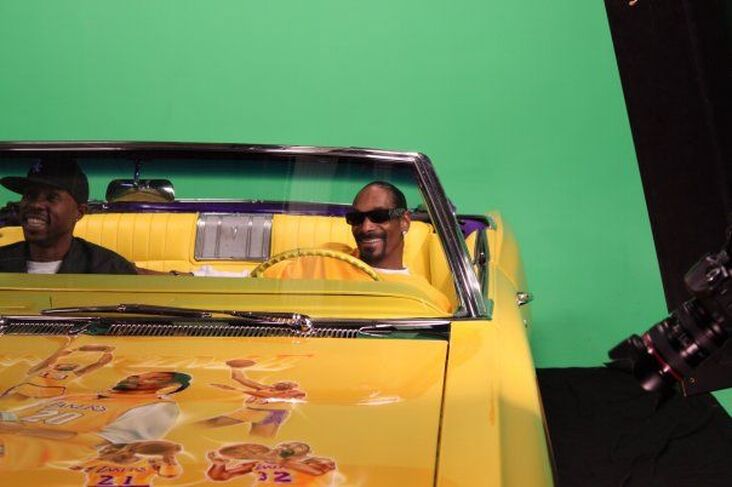 Snoop Dogg filming a video at Loyal Studios in Burbank
I started by asking him about his businesses and the advice that he would offer to an individual that may be in a similar situation that he has been before. He responded by saying, “Always be on time and do everything with enthusiasm and energy. Be pro-active and try and find ways to help your team or organization.” I believe that this advice is much more universal than just relating to the film industry, as it touches on a lot of things that make a person successful overall in life. Not only is this pertinent advice, but also struck me as an inspiration to bring more proactive ideas to the studio in my own ways as well. Bob continued to expand on this advice by saying, “Do not be afraid to be creative and try ideas. Innovation is the key to many successful personal and business stories.” Even without this explicit statement, it is not hard to see that this is an ideology and mindset that Bob has adopted for years and has allowed him to open many doors that would have otherwise been overlooked. No matter what occupation or industry a person works in, it is imperative to innovate your craft to find new and improved methods of completing a task or providing a service. 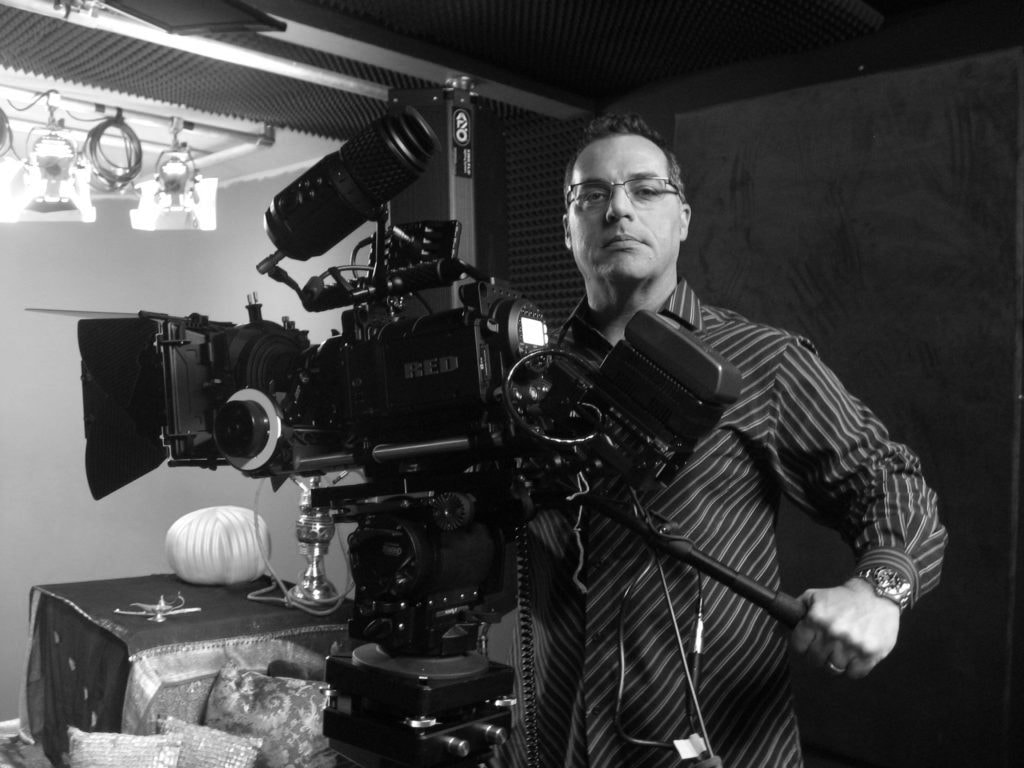 Bob Bekian posing with a RED cinema camera rig.
​Transitioning to a more personal aspect of Bob’s life, I asked him to recount any unique or interesting stories that came with growing up in Los Angeles. His response was very in line with what I knew about Bob from the beginning of our interaction as my good friend’s father. He answered that his most unique stories came from, “Being a professional skateboarder with the infamous Z Boys of Dogtown in Venice in the late 1970's and skateboarding with legendary skaters Tony Alva and Jay Adams.” Even before I started to work for Bob at his studio, I was aware of his extensive history within the LA skate scene. Early on in my friendship with his son Bryce, he showed me the garage that his dad kept his collection of skateboards and other memorabilia that related to the emerging sport in the 1970’s. This theme carries over to his studio as well, where almost every inch of wall space is filled with photographs and decks from years past. 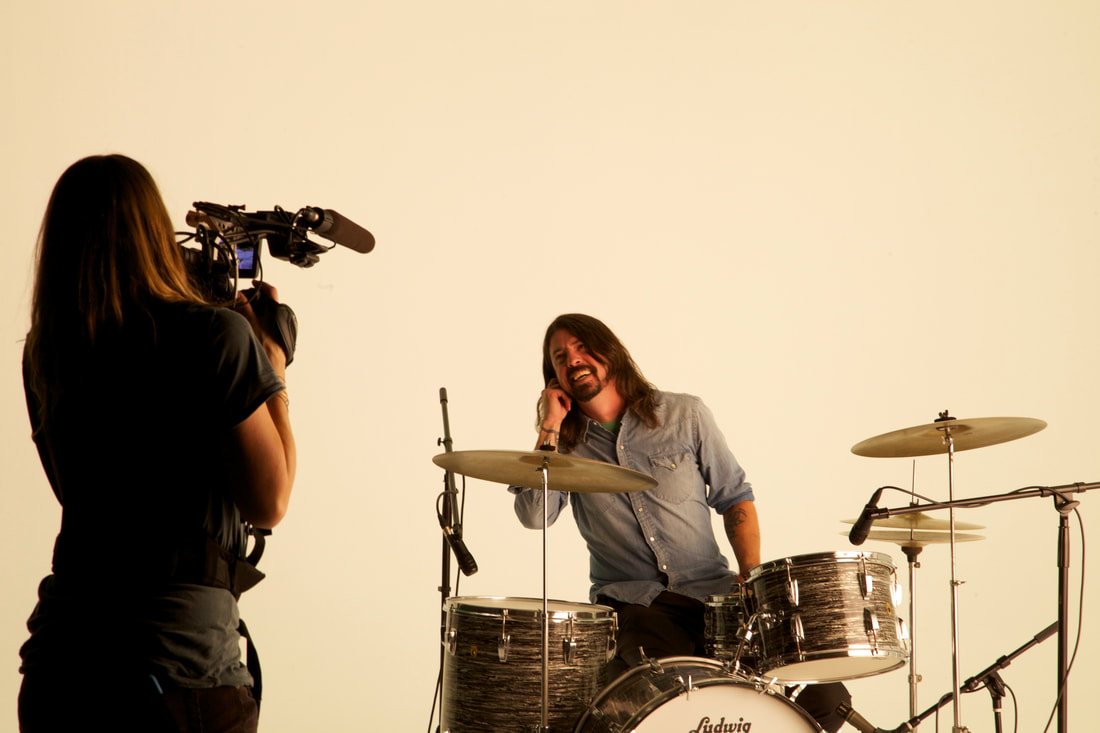 Dave Grohl filming a tribute to Ringo Starr at Loyal Studios in Burbank
I also wanted to ask Bob about a part of the greater Los Angeles area, being that he has lived here the mass majority of his life. Surprisingly his answer was much closer to home than I was expecting. He responded that his favorite part of the area was, “Thousand Oaks because of the weather and the people. There is usually a cooler temp because of the Ventura Ocean trade winds.” I was honestly pretty shocked to hear that Thousand Oaks beat out all of the other historic parts of the city, but it did make me think of the aspects about the area that I have overlooked in the past. Being that I no longer live in that area, I can confidently say that I miss the temperate weather. He continued to add that Thousand Oaks is, “[A] great place to have raised my family.” This was something that I felt I could relate to, being that the majority of my childhood was spent growing up in the same area.

Taking the extra time to interview Bob in an environment that was outside of work offered really interesting insight as to who he is as a person. Asking him more pointed questions about his opinions or experiences led to responses that allowed me to learn more about him than was possible during work. While there may be a heated debate over who claims the title of ‘world’s most interesting man’, it seems to me that Bob is a likely candidate for that honor.