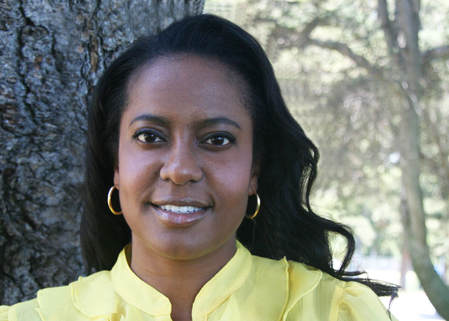 ​Camille Brown has had enough.

After making a few short films, a documentary, and assuming various roles on different movie sets that weren't her own, the writer-director finally took it upon herself to take the independent route and pursue what she's wanted to do all along. Exhausted from being shut down and being forced into boxes by various executives, she let her drive for storytelling lead the way in full throttle, without anyone getting in her way anymore. As she stopped asking for anyone else's permission but her own, Brown went on to write and direct her very first feature, the psychological horror/thriller titled The Nth Ward, which is now available on Amazon.

Growing up outside of Los Angeles in the Inland Empire, Brown never expected herself to become a filmmaker herself. In fact, she was well on her way to becoming a doctor, after having paved the path to medicine ever since she was a child. She was in UCLA as a Pre-Med major when she was exposed to the glitz and glamour of Hollywood, finding the scene completely exhilarating like a kid in a candy store. She was suddenly reminded of her lifelong love for film, one that she never thought she could actually pursue until she applied to film school, where they only accepted fifteen people. "I said, if I get in, it's a sign. If not, I'll finish [Medicine]," she told 7500 Magazine.

As luck would have it, she was one of fifteen students to make the cut. After leaving medical school behind to pursue film, Brown hasn't looked back since. 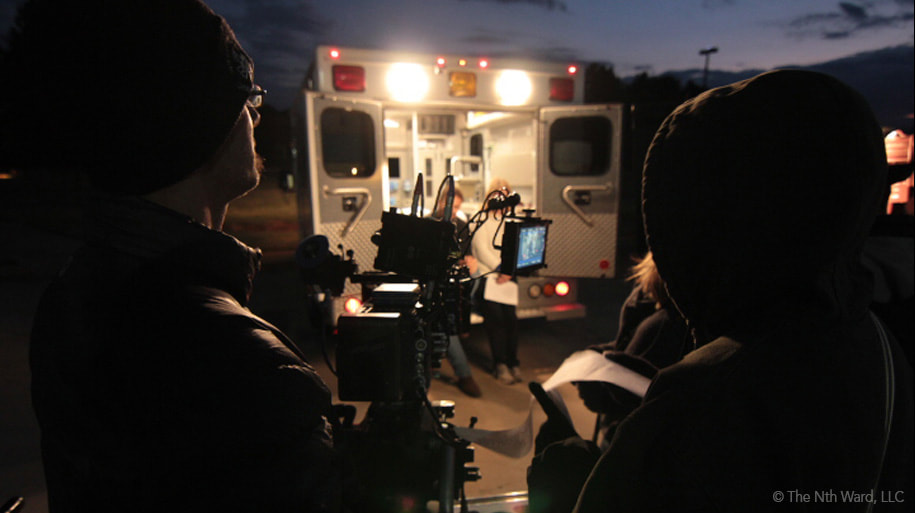 Congratulations on your first feature! How does it feel for you now that it's out?
Oh, thank you. I'm so glad it's over. It's so hard. It's so hard. It was so hard to make, it was so hard to do. Just... I'm happy that the baby is out. It's done. So whether people like it or not, I don't care. It was something that I really wanted to do [for myself]. It was a dream of mine. It was a goal and I'm glad that I was able to finish it.

With you writing and directing it, how was the film conceived in the first place?
It was interesting because the initial idea [was that] I wanted to do a television show, but all these obstacles... Everyone's saying, "Oh, you gotta wait." You're asking for permission constantly. And I was like, You know what? I know how to make a movie. I'm just gonna go make a movie. So I had to turn that idea of a series into a two-hour show. And that was challenging.
​
But I figured, I'm gonna stop asking for permission and just do it. That's the problem in this industry. You can keep on asking, and it'll never happen for you, or you can just do it.

"I figured, I'm gonna stop asking for permission and just do it. That's the problem in this industry. You can keep on asking, and it'll never happen for you, or you can just do it." 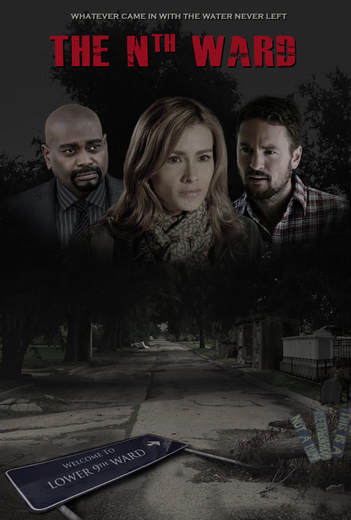 You can only prepare so much. What surprised you the most during making the movie?
Oh my god, it's raising the money. It's getting actors. It's finding crew. That is not simple. Especially when you're asking... It's different when you're doing a short film; you can ask someone, "Can you work for free for two days or three days?" You cannot ask someone to work three weeks for free. For me, maybe other people have found that, but I could not find anyone to work for free. [laughs] So that was the challenge. Raising the money, trying to find investors, doing a business plan.

The crowdfunding thing didn't work out for me because I don't do social media, so I don't have that network of people to go beg for money. [laughs]

Some people are just good at that.
And I just don't want to be good at that either. If I have a friend, I wanna talk to the friend on the phone or meet up with them. To say you're someone's friend on Facebook, I just think that's not real.

Were there specific films from your childhood that shaped your vision as a filmmaker?
Oh, for sure. My mom would always have us watch these black and white movies with her. At first, we felt like, "Mom! It's black and white!" But then you grow to love and appreciate Rope by [Alfred] Hitchcock or Maltese Falcon. I love that movie. Or Sunset Boulevard. But then I remember seeing E.T. and I was like, "Wow!" I was fascinated. You could really be catapulted into another world. You know, fantasy... I was really intrigued by that.

And I never thought that was something I could do as a career. Because since the third grade, I was gonna be a doctor. So all my education, I was a pharmaceutical scientist intern for Johnson & Johnson, I worked for a pediatric neurosurgeon... Everything [I did] was to prepare me for medical school to become a doctor. 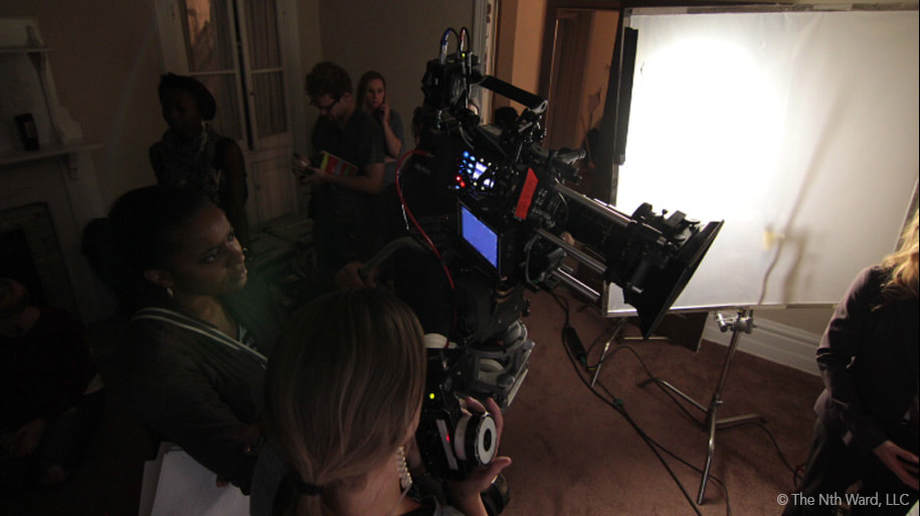 "There is no path to becoming a director. There is zero. Not one person's path is the same...It's very challenging."

I mean it must feel liberating now that you've made a film.
Yes, it was very difficult to do. And you know the thing that at a film school don't know... Me coming from science and my path to becoming a doctor, I know exactly what to do to become a doctor. It's very clear: Take these classes, and if you get into this school, you can do this, you can take a residency, etc. You know exactly the path to becoming a doctor.

There is no path to becoming a director. There is zero. Not one person's path is the same. No one can tell you to do this this and this and then you'll become a director. It's very challenging. So that was the shocker for me, because I'm very structured. I was like, Well, if I P.A.... I was a PA for many years. Okay, if I do development... Then if I work for a director, then I can do this...

What did you learn from having to be that creative in the moment?
We tried to use some practical effects, and then we did use some visual effects. Unfortunately, I had a visual effects guy and then he wasn't able to do [them]. So I had to learn to use After Effects and do those shots myself [laughs]. You know, they aren't perfect, but I had to figure it out.

And then in the day, you figure it out. Especially because I didn't wanna rely on someone else. I didn't have any more money. How do I get 150 shots done? You get it done one by one. It's not perfect, but I am proud that I did it and that I finished it. It's very difficult.

"In this industry, I think it's good to have the foundation of filmmaking or telling stories, but then once you know the foundation, then that's when you can really be creative.​"

What do you think about the state of diversity in film today?
Well, we always talk about it. I think we're starting to make some leeway. I am tired of talking about it, I want them to just do it. Not as harsh as they're thinking, like, affirmative action, which we had to have for schools and jobs because they just were not going to do it unless they were forced to do it.

So maybe in a sense, in the entertainment industry, it's not affirmative action, but they're being shamed. It's really about shame. Do they really wanna do it? I'm not sure. But if you shame someone enough, they will do it. You have to shame people to do the right thing.

They'll keep doing it as long as they keep getting away with it.
I hope that whenever I have a child and it's a girl, she doesn't have to ever think about this. It's the same as my ancestors; they paved the way so I could have these opportunities now, just in life. Sitting at a table with other people, and not being segregated. I just wanna have that for our future children.

They're not even thinking about, "Oh, we have to worry about diversity." [It'll be] a given. They can just do whatever they want. There will be no obstacles for them.

With that said, as an experienced filmmaker, what advice would you give to budding storytellers?
Do it now. Seriously, in business, you fail fast. It's not like you'll fail, but you'll learn right away what worked and didn't. If you keep on trying to perfect it, you'll never get it done. So just get out there and do it. You'll learn from that and grow from that and you'll go to the next one and get better. Just do it fast. Don't waste time.

"If you keep on trying to perfect it, you'll never get it done. So just get out there and do it."

​Practicing what she preaches, Brown isn't wasting any time herself, already focused on a variety of projects down the pipeline. She is a filmmaker that refuses to be defined by superficial identifiers or allow her work to be limited to certain genres – Camille Brown wants to do it all, and she'll stop at nothing to achieve just that.
​
The Nth Ward is now available to stream on Amazon. Watch her award-winning short film, Thank You For Washing, here.