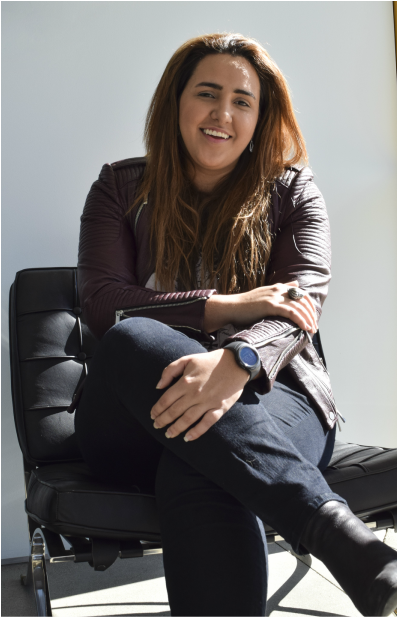 Victoria Dannemann figured out her career when she was 16. While her high-school classmates were busy with midterms, Victoria was busy starting her own entertainment company: Dannemann Entertainment. Through her leadership, Dannemann Entertainment has been involved in all forms of art including music, theater, dance, photography, and literature. She has showcased artists such as Zeca Pagodinho, and held events featuring the world-renowned footballer, Pele. Dannemann now lives in Los Angeles where she continues to run Dannemann Entertainment while studying at Woodbury University.
​
Upon meeting her, it’s clear that Dannemann is someone who doesn’t waste time. She carries herself in the manner that you would expect from a big-time CEO and not that of the typical college student. As a producer and owner of a beauty salon back in Rio de Janeiro, Dannemann has responsibilities that transcend the classroom. However, these responsibilities don't faze her.  For Victoria Dannemann, finishing college is just another goal that she intends to meet.

How old were you when you started Dannemann Entertainment?
“Sixteen."

Such a young age. How long have you been doing it now?
“8 years (laughs). You can do the math."

Can you tell me background information about your company?
“We started with musicals. We did this for a while and then after one particular musical that we produced we decided to open different departments within the company. We started producing some artists…managing them, for a while. Then we produced some CDs, some albums, and then some live-DVD sessions. And the last department we opened was the live events. We started producing different live events; special events for special companies. The last one we did here in Las Vegas, was like two years ago, we developed, for one hotel, a Brazilian Independence Day in America. So. we brought a huge Brazilian artist, we brought Pele, the soccer player and we did a private concert and a private dinner…it was cool, it was fun. The concert had like 2-3 thousand people."
You already have so much experience in the entertainment industry. What inspired you to create your company?
“We had this art class going on, and I missed the class that they had like the whole distribution to fill all the roles for the play we were going to produce. So when I got there, they were like ‘ok, so you are the producer now ‘cuz that’s the only role missing and I was like ok cool, fair enough.'  I mean I didn’t want to be an actress, so I was like, ok, that’s perfectly fine. And I was kind of forced to produce the whole play. And after that I was like, ‘Damn it this is what I want to do for life!’ So I literally dropped school and jumped on this business…so I got a job with a director; I was his personal assistant. I did all types of stuff for him, and after a couple of months I decided, 'I wanna do my thing. I wanna produce my show.' So I called a couple of friends, we got together; I got a manuscript from my dad’s company. He works with art books-he gets a lot of manuscripts from different books. And I remember that I was reading one at the time and I thought, 'this is the one that I wanna produce, and I wanna make a musical about it.' So I got some friends, we had some auditions and we put together a musical. It took us like eight months to get it done. When it was finally done we got a theater and we started playing. And we did for, like, 2 years. And this is a lot in Brazil."

"I remember at the time that was my biggest challenge; to pretend that I wasn’t 16."

What advice can give to students who are juggling careers and school?
“You have to work really hard to do both at the same time. It’s really hard. I wake up at 5 am every day. I work every day at both of my companies. I do conference calls, a bunch of video conferences so I can be there for a couple of hours to see how things are going there, and then I go to school around 1 pm and focus here. So you have to really manage your time to do both. I’m not saying that it’s easy, because it’s not. It’s really hard. You have to abdicate for everything. I don’t really have a life, but at the same time I’m doing what I love. And this is what I want; a college degree is what I want." ​​ 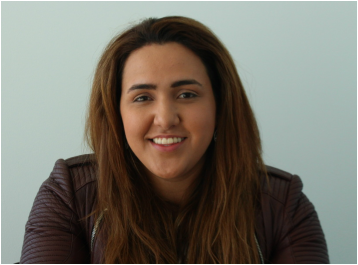 In your time running Dannemann Entertainment, what have you learned?
“I’ve learned a lot, don’t get me wrong, but when I first started I didn’t know-I mean, anything, I was like, 'Okay, let’s do this!' But we keep learning. Every day is a new thing and even being here in college, I keep learning...even stuff that you think you know and then you realize that you don’t. You think you know something, but then you meet people that constantly show you different perspectives."

​What advice can you give to someone who is interested in becoming a producer?
“I think you need to work hard. If you really want this, just work hard. Don’t give up. It’s hard. It’s not gonna be easy. You’re gonna fail most of the time.  But I keep telling people, I have this flame inside of me that keeps pushing me."