Written by Jordan Alsobrook
​Photos by Jordan Alsobrook and Shea Laughton
A person can only imagine the great juxtaposition that would occur when someone with this background encountered the madness that is Los Angeles. A person can also imagine the pain that may be felt in stepping away from an incredibly tightly knit family such as his. This was precisely Oskterkamp’s experience.

​“I was extremely depressed living in Glendale. I was going back to Iowa once a month and I always hated leaving. Every time I would come back to California, I would just want to be back in Iowa. It was really difficult,” he disclosed. Osterkamp missed the simple life. Along with missing his family and friends, he missed the ability to go out for a hard day’s work and break a sweat. The trendy coffee shops, beach babes, and extravagant nightlife just weren’t cutting it for him.

“For 2 years, all I wanted to do was mow a freaking lawn. I felt like an outsider in so many ways.”

Osterkamp’s unhappiness was certainly not due to lack of success in acting either. His third day in Los Angeles, he was working background for the hugely popular show Glee, and just two short weeks later landed a role in the breakout film The Purge. Osterkamp was living what most aspiring actors would consider “the dream,” but it wasn’t enough to fill the deeply rooted void in his heart. “I was honestly ready to call it quits. It just wasn’t worth it to me,” he admitted. 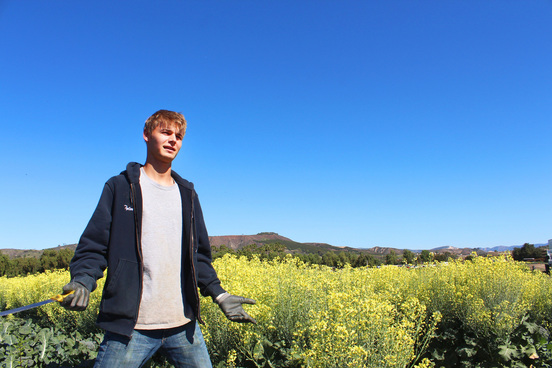 But then one day, Osterkamp’s Los Angeles experience changed drastically when he received a surprising phone call from Robbie Denny, one of the managers at Underwood Family Farms in Moorpark.

As we sauntered past an old, rusty tractor, he explained, “Just for fun, I had applied to a few farms around the LA area, but I never really heard anything back from them. When Robbie called and offered me a job working in the fields, it changed everything for me. I thought to myself, ‘What if I stick this out? What if I give this a real chance?'”

And sticking it out definitely paid off for him.

Just a year later, Osterkamp now has more frequent acting work than he has ever had, and he has also discovered the missing piece of simplicity he had been longing for. ​The incorporation of working on the farm has even improved his emotional wellbeing.

“It’s pretty weird to be only 22 years old and feel like I’m exactly where I want to be in life.” 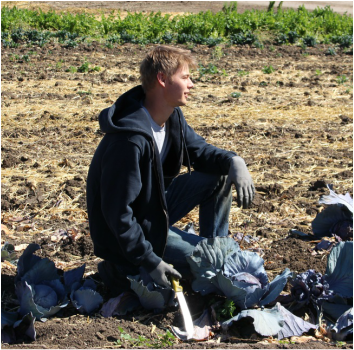 He confessed, “I used to have really high anxiety here. I would walk into my manager’s office or an audition and worry about what people thought of me. This job has really helped me rid myself of that. I can now walk into any of those settings with confidence because I know there’s more to life than that stuff.”
​
When asked about the future and what’s next, Osterkamp gave me quite the convincing grin.

​“This is it. If I ever get too busy with acting and am not able to work on the farm, I’ll really need to reevaluate. I never want this part of me to completely fade away,” he said in heartfelt endearment.

While ending our stroll near a massive stack of hay bales, Osterkamp casually mentioned that he had just auditioned for the lead in the next Spielberg film a few days prior. Needless to say, I think the name Tyler Osterkamp will soon be a name that is on all of our radars.

When asked what advice he would give to other young people seeking to find fulfillment in their careers, he left me with this simple, yet profound notion:

"Find something you can do and truly be yourself doing it." 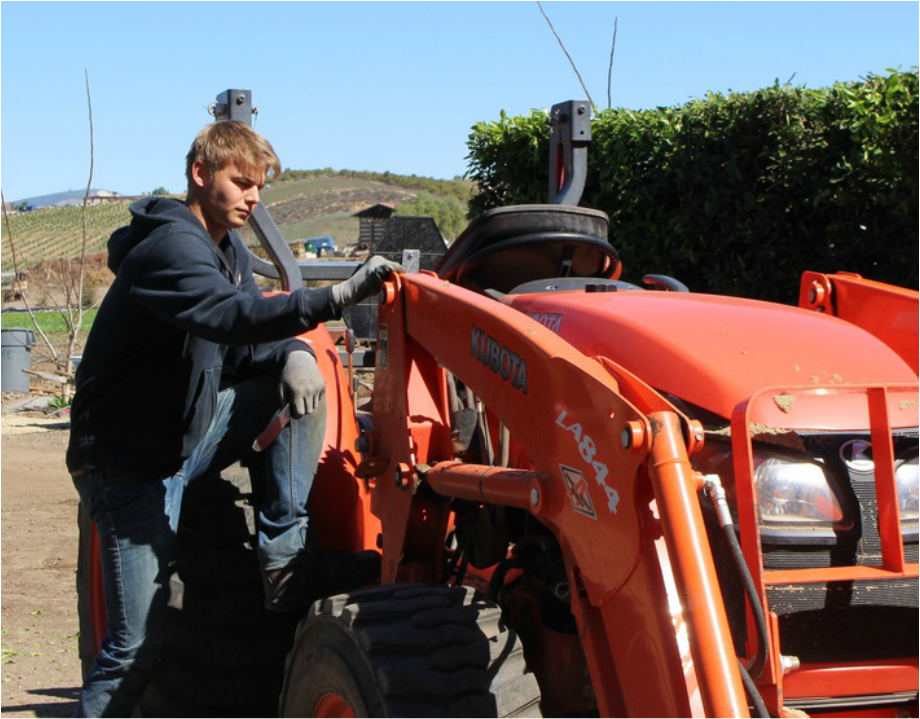 To visit the farm, go to here.