“Ever since I was 8 years old, I’ve been fascinated by the fashion industry. The gowns, sparkle, and glamour…” 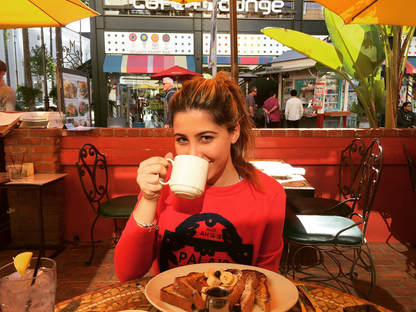 Crystal Ozonian was born into a large Armenian family in Whittier, California. Her mother, Sylvia, is a first-generation Armenian born in Montebello, California along with four other sisters. Crystal’s father, John, was born in Syria along with three of his sisters. John Ozonian immigrated to Montebello when he was seventeen.

Crystal claims that “as far as my family’s impact on my work ethic and my drive to have a successful career: My grandpa came to America from Syria at a young age and did not hesitate to start working. He started with owning a food truck, just to get enough money to support himself.” Later, he and his brother started a company that cleaned parking lots which led to another big opportunity to expand by taking over his brother-in-law’s street sweeping company. Crystal’s father started to work at his father’s company when he was just seventeen years old. Crystal recalled that “he built the company’s first street sweeper with my grandpa. My dad worked there for almost 30 years. He now has his own corporation which specializes in building custom homes and commercial buildings.” ​ 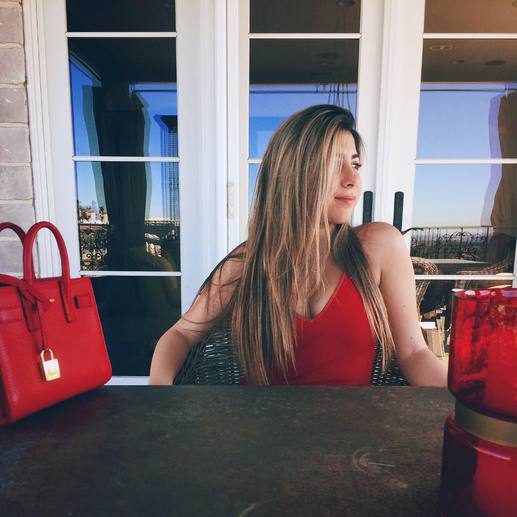 ​Crystal’s father was a true inspiration when it came to working hard. She said that she “grew up surrounded by people who are constantly working, with the goal to support their family and provide us all with the best possible life. I see my dad struggling sometimes with difficult clients and other work-related issues, but not once have I seen him slow down.” In Crystal’s eyes, his hard work “constantly proves to us all that the only way you get where you want to be is by never giving up.”

Crystal grew up in Whittier with her older sister, Nvair, and attended a private Armenian school called Mesrobian in Los Angeles then later transferred to AGBU in Pasadena for high school. However, her passion for fashion started when she was much younger. While talking to Crystal, she said “My mother is my main source of inspiration. My interest in fashion began when I was bored one day and so I sat next to my mom while she browsed through fashion magazines. I’ll never forget this day. I was wearing Hello Kitty pajamas. I went to the other room and put on my pajama shirt in a way that, at the time, I thought it was revolutionary. I grabbed the sleeves and wrapped it around my chest and tied it. Really, it was amateur, but then again, I was just an 8-year-old messing around.”
After graduating high school, her love for fashion led her to the Fashion Institute of Design & Merchandising (FIDM) in Downtown Los Angeles, where she successfully completed her two-year Associates degree. After much research on where to get a Bachelor’s degree in Los Angeles, Crystal decided to attend Woodbury University in Burbank as an Interdisciplinary Major. Woodbury was a great choice for her because it was very accommodating with her past credits from other colleges. She was also very excited to be able to focus on a broad major where she would be able to focus on finding what she truly wants to do after graduating college. As an Interdisciplinary Major, she has adopted a focus on Fashion Marketing & Design.

"My mother is my main source of inspiration. My interest in fashion began when I was bored one day and so I sat next to my mom while she browsed through fashion magazines. I’ll never forget this day."​ 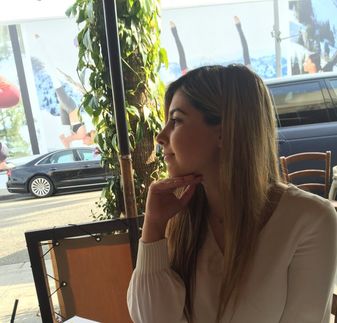 When asked why she loves fashion, she replied that “there’s something about fashion that not a lot of people understand. It’s not all about designer brands and overpriced items.” Crystal explained that “it’s the vision of the designers and all the creatives. Fashion is their outlet to express themselves.” She further explained that fashion did not stop there, that “the consumers buy those items and dress in those clothes to express themselves too. These designers/creators provide a form of expression, not only for themselves, but for strangers all around the world, which I think is very special and under-appreciated.” I also found it fascinating and inspirational when she illustrated how “fashion in LA is important because there are no rules! Everyone is so true to themselves and dress however they please. There is so much character in the city and you can see that while standing in a crowded street in West Hollywood. Everyone interprets a piece of clothing differently.” Crystal has been very active in the Los Angeles fashion industry and has worked for both YEEZY and WhoWhatWear. 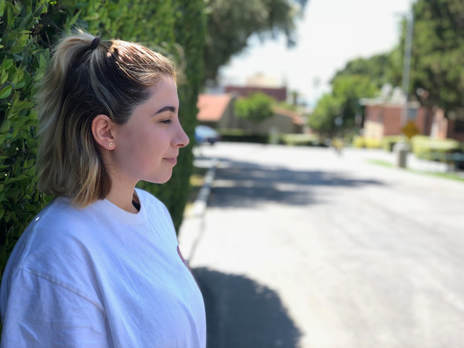 Crystal described her internships in a very inspiring light by illustrating that they bought out her best work ethic.  She “learned to be organized, persistent, and proactive” and she thanks her past experiences for leading her to the most serious internship she has ever had at WhoWhatWear.
​
Although Crystal is still unsure of what niche in the Fashion industry she is going to pursue, she does know what her calling is. She explains that “there is so much between merchandising, styling, and design. But there’s one thing I am sure about. I want to make sure that whatever I do benefits our planet. There is so much pollution caused by the fashion industry and I would love to revolutionize the production process to ensure a better and cleaner environment, all while providing the latest styles in the best quality.” I found this to be very intriguing since I had no idea that the fashion industry plays a huge role in polluting the environment. When I asked her who her main source of inspiration was, Crystal explained the special bond she has had with her mother “over the latest collections and big players in the [fashion] industry.” She further explains that her mother is also her style inspiration. She said that her mother “always dresses with class and stays true to her own style, rather following the trends.”

Looking into the future, Crystal says that she has “always been in love with the NYC department store, Bergdorf Goodman, and it would be a dream to work with them in terms of being a buyer.” She said that she needs to “keep looking for [her] dream job. I am planning on looking for an internship for retail buying. It’s been something I’ve thought about before but never tried out.” She further explained that she believes that when she finds a great internship, she will be able to get a better idea of what career path she wants to pursue.

Crystal Ozonian was truly an inspirational person to interview especially for someone like myself, who has no idea about the first thing in fashion. She opened up a new world and explained how fashion is huge and it matters. Fashion is so much larger than I ever thought it was, especially in Los Angeles where everyone has such distinct and unique looks. Crystal is an inspiration to people who are not 100% sure of what they want to do in their industry, but know who they are and what they are capable of doing. Crystal is an aspiring young woman in the Los Angeles area who will make a difference in the fashion world.