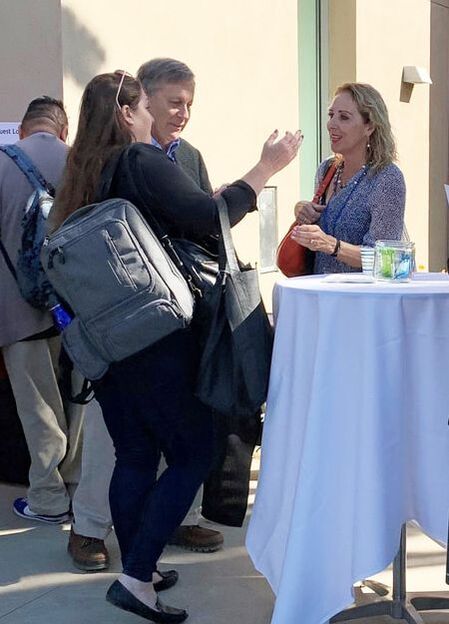 Dana Gioia at Page and Stage Conference at Woodbury University
​Los Angeles has long been the victim of uninspired hackneyed clichés. Vapid materialism, Hollywood, gangs, and surfing are among the myriad tropes exploited and perpetuated all over the world. As a native Angeleno, I can attest to the prejudice and stigma. There is often the perception that being from Los Angeles means you must be stupid, shallow, and overall probably not a very good person. It causes a lot of us to have a chip on our shoulder, we’re sick of being broadly generalized and mischaracterized constantly. The good news is we no longer have to be, at least in the sense that now, probably for the first time ever, we as a city, can define ourselves.

Dana Gioia, California poet laureate and former chairman for the National Endowment of the Arts(NEA), elucidated this eloquently during his keynote speech at the first annual Page and Stage Conference in Burbank, California. Gioia makes the argument that Los Angeles is not just misunderstood, but in fact now the best place in the world to be if you’re a writer, poet, artist, or creative of any type. LA is fertile ground for literature, despite the bias and invective coming from the New York literati, ivory-tower academia, and the ilk.

Gioia supports his claims with facts: LA has the most artists of any urban center in the western hemisphere, arguably the most out of any city in the world. Not only that, LA’s cultural energy and scene is growing faster than anywhere else. LA, contrary to common convention, has essentially become the vanguard. It has become a model for other cities as cultural centers—large, but unique. It is up to us now, as writers, poets, publishers and artists, to mobilize and help create the infrastructure needed to cultivate and sustain burgeoning artistry for years to come.
I had the privilege of conducting a short interview with Dana after he delivered the keynote. Having read his seminal essay “Can Poetry Matter?”, I was already with brimming with questions only to jot down several more during and after the speech. I wanted to pick his brain about LA literature and what makes it great, in addition to getting his take on contemporary poetry. I asked him about the role of the outsider in LA literature, questioning how and why the perspective thrives.

​“I think all modern literature favors the outsider because it’s the most interesting perspective” Gioia said. “The perspective of the outsider tells you something about society you don’t already know. I think what Los Angeles has done that’s unique is they’ve taken that, and created a new style that combines the high and the low, it combines, to a certain degree, the refinement of high art with the vitality of popular art.” He used science fiction fantasy as an example of a whole genre which was once considered “sub-literary” in America, largely practiced clandestinely by grass roots avant-garde writers in Los Angeles and California (e.g. Philip K Dick). Ironically, science fiction fantasy is now the dominant genre for cinema, comprising the lion’s share of the most successful and popular films of the last fifty years—effectively becoming the mainstream. Par for the course for LA literature.

"What Los Angeles has done that's unique is they've taken that (the perspective of the outsider), and created a new style that combines the high and the low, it combines, to a certain degree, the refinement of high art with the vitality of popular art." 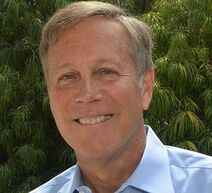 I was eager to hear Dana’s take on contemporary poetry, given his stature in the scene and the contentions he raised in his essay. To tell you in short order, his opinions haven’t changed much, and for what it’s worth I tend to agree. A lot of what he said twenty-eight years ago is resoundingly prophetic today. Asking for his take on contemporary poetry readings, I brought up his praise of Dylan Thomas’s oratory skills in order to highlight the juxtaposition, admittedly leading a bit in my questioning. Gioia expounded on Thomas: “He performed the poems…he read them in a way that they could be heard versus the Iowa writing school method of reading where you sort of drop your voice at the end of each line….it sounds unnatural.” Gioia’s stance is clear: remove the posturing and pretense from poetry, make poetry a more accessible, populist art.

"If you believe poetry is important, it's worth fighting about."