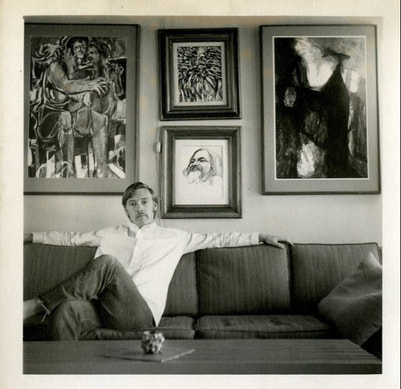 It was an average day in suburban Burbank. Driving down on Alameda you come across studio after studio. One studio in particular makes every employee feel at ease.   A hinted scent of acrylic paint and pencil shavings travels throughout the long hallways. Outside this serene haven America was falling apart with the ongoing turmoil of the Vietnam War and political movement advocating for change. These menacing events didn’t stop animator David Brain from working on The Jungle Book at the world famous Disney Studio. David served in the army and was almost drafted to Vietnam but instead managed to return and continue his dream to be an animator. David, or Dave as he is often referred to, grew up in a world where he was expected to take the path of a musician. At first he was not interested in the artist path. However as he grew older, it became his passion. Being an only child, Dave had to find an outlet to entertain himself. His father was in the military until he became a cement maker while his mother was a musician. When his parents divorced; Dave wanted to forget that trouble and found solace in his drawings.  It was not until his uncle convinced him of his drawing abilities when Dave decided that being an artist was his calling. After that realization he went into art college. Dave loved the illustrations of the classic magazines like Post and Calliers. Some of his favorite artists were Norman Rockwell and Virgil Partch. He attended the school of Chouinard Arts Institute which is now called CalArts. It was not until the end of his second year where he wanted a career in illustration.

"I was never, like, a compulsive drawer. I started just to entertain myself when I was eleven or twelve years old."

Since he went to school early, Dave felt he didn’t quite capture the whole artistic experience. By the time he was close to finishing college, he didn’t find his work adequate enough. As he was attending college, Dave was writing in the school paper which also heightened his interest in storytelling. Yet he was trying to find an art form that would infuse everything he had learned.  ​Dave wasn’t interested in what Disney or Warner Bros. was doing but rather what UPA was doing.  As David explained, "Chouinard wanted to push you towards doing something new and to establish yourself as a new personality in whatever field you were." Dave knew that he had to work a little harder than other people to be able to have an impressive portfolio. He was still able to go into a big company like Disney. Even though Dave served his time in the military, he managed to avoid a tour in Vietnam because of one special mouse.

"I couldn’t afford USC and at any rate, someone else said, maybe if you like stories so much, maybe you ought to be in animation."   ​

One of Dave’s first big gigs was inbetweening for the Disney film The Jungle Book. Inbetweening is the process when an assistant animator creates drawings to make an animated scene smoother. Dave worked with the likes of the Nine Old Men, who were Disney’s most reliable animators. When Dave was working with John Lounsberry, he discovered a talent he didn’t think he possessed. Lounsberry found out that Dave had a knack at figuring out the math for several camera moves including moves for pans and truck ins for the animated scenes. This is vital for the camera for Disney. He was able to experience all kinds of animation tricks. 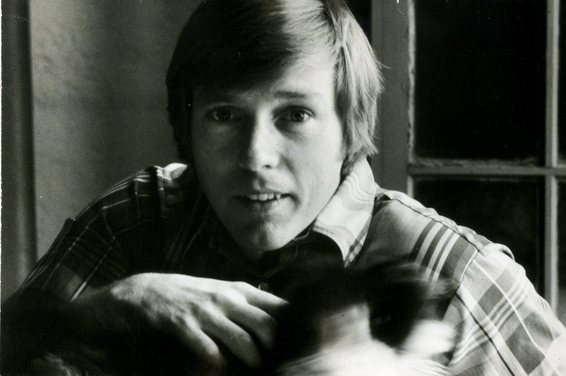 "Of course when you are in your early twenties everything is fun. You have a lot of energy, and you are just trying not to screw up."  ​

Dave has many fond memories of working at the Disney Studio​ including meeting the man himself. As a side project at the studio, they were making a short film called Stop Look and Listen. He was working with other animators including Ward Kimball, whom was also mentoring him. Ward liked what Dave was doing: "And then once it was shaping he said why don’t you show this to Walt? I said, would you? At the end of the week, we got a note...we got an envelope and inside was the key to editing room...the note read go in there after work and we can set you up on a Movie-ola and you can put sound, and finish your film."
This is how Dave found Walt’s true character of how generous he was with his equipment. He thinks Walt empathized with him remembering his own beginnings in film. He knew the exact feeling Dave did when he was first struggling himself, so if Walt could, he would help those in need. Early in Walt's career, he struggled trying to stay afloat with his animation studios.  Dave felt honored to know Walt and was saddened the day that he died.
After Dave left Disney, he was working in other companies, mostly commercial houses in the seventies. Dave enjoyed the experience of being able to experiment with his artwork and having the ability to create all sorts of kooky characters. He described working at some of these companies as “frat houses” and was always happy to work on any new commercials that came his way. He also became a commercial animator, which made working there a non-stop endeavor.​

"I like comedy and I like crazy comedy. We all used to love watching old Laurel and Hardy pictures and that’s why we made that Stop, Look, and Listen. We wanted to do Laurel and Hardy type of gags."

Dave went to seek help from Eric Larson, who according to Dave, "Eric was a sweetheart." Eric was gracious to help Dave but proceeded with caution as if people knew he was always getting his help from Eric, then they will come to conclusions that he was not able to do his own work, so even Disney was hectic sometimes for Dave. He then went on to compare the first time he went to Disney from the last time. He said that it was very much like the old days but especially when the 90's hit, he said it was never the same. Bringing in all of these extra executives just stifled the creativity of the artists which Dave was not a fan of. ​ 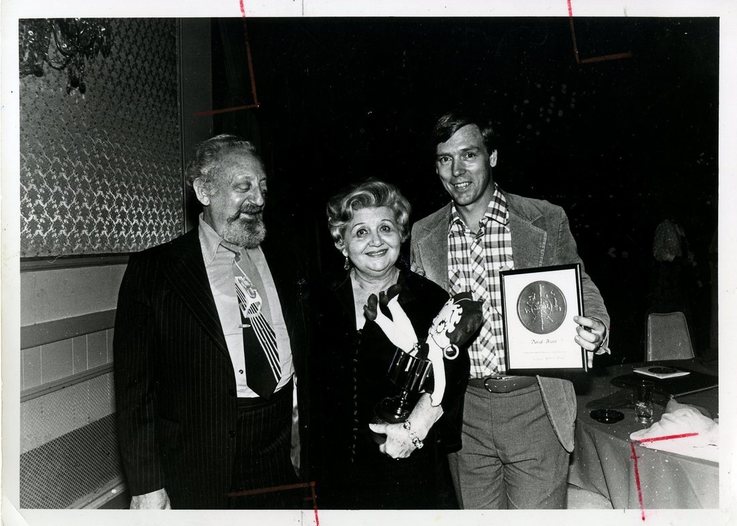 In 1984, Dave owned his own animation company but had to shut it down because of increasing expenses. He was able to garner some connections that led him to Disney because he was considered an independent filmmaker. Since he finished his work on Cauldron, he decided to move into television where Disney was just starting their channel. He would then work on the 80's television programs such as Darkwing Duck and Ducktales. He worked on mostly timing for the episodes along with being an animation director. He got the timing gig because they were not making enough animation with the time it took to churn out. Since Dave had worked on timing in The Jungle Book, he had some experience. Dave and other fellow timing directors were saving the studio money which, in turn, kept giving Dave work. 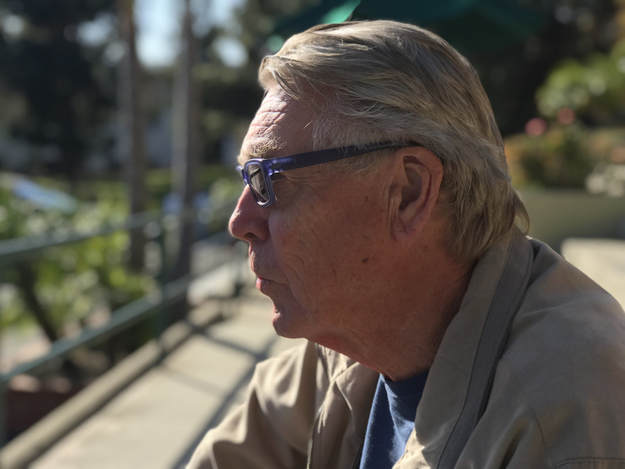 Dave kept working on television throughout the 90's with multiple studios. He worked on shows like Cow and Chicken, King of the Hill, and I.M Weasel as a timing director. But he was starting to find more comfort as an instructor for animation. ​ He started working as an educator, or as he describes: "I started teaching with Corny Cole when he was teaching down in Watts when it was the black ghetto, after the '65 riots. The program was being run by the Black Panthers... people wouldn’t mess with the Black Panthers, they were just there Corny and I and a couple of other white guys could go down there and teach."
Just from that experience he realized that educating and teaching people these techniques are important. Later in his career he would teach at the Glendale Community College. He was approached by the then, animation head Dori Littel-Herrick, with a teaching position at Woodbury University. Even though he wanted to teach storyboarding at first, he took the position of teaching the Junior Studio class which is an important part in the development of the young animator’s mind. ​ 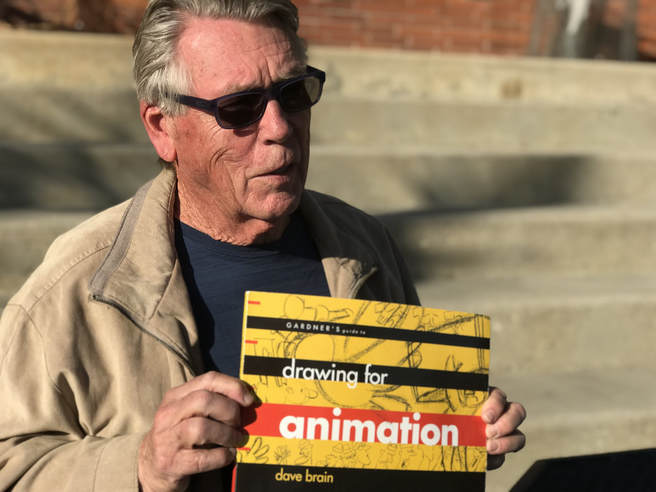 Dave very much enjoys being a teacher for Woodbury and wouldn’t imagine it any other way. He loves watching his students grow and become better with their class critiques and noticing aspects that can change and improve their films. He does not plan on going anywhere else because he loves teaching what he knows.  ​

"That’s the thing I learned, we have to get reexamined and readjusted, to try to get an even better course. That’s just teaching all of the time."

Not only Dave loves to teach but he loves exploring the city where he grew up in. Dave enjoyed giving people tours around Los Angeles and showing them the Spanish architecture of the older parts of the city. He would begin on Sunset Blvd., west to the ocean then east to downtown on Wilshire Blvd. He enjoyed going through vintage neighborhoods to see the structure of the houses that inspire him to create his own watercolors and pieces of art. "I moved here in 1951 as a ten year old. So it has changed a bit. It happens gradually. Like a frog in hot water, it keeps getting hotter and the frog doesn’t notice it until he has been boiled. I guess that’s me in LA". Dave wished that he could have worked at UPA and on The Beatles’ Yellow Submarine. He loves that explorative style of animation and wants to continue teaching his students that there is more to animation than just moving images on a screen. He wants people to remember to have fun with their films no matter how taxing they may be. 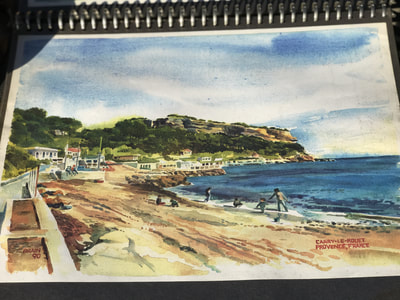 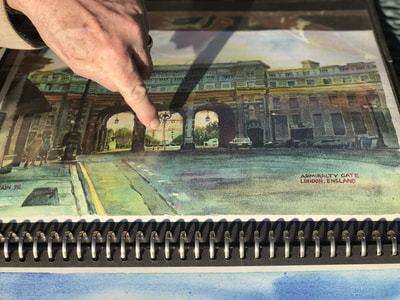 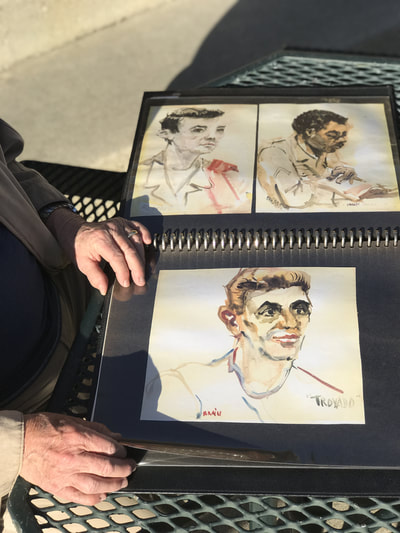 When I asked him how he would want to  be remembered, he replied with a quote about him by Fred Wolf:  "I realized how much you have been getting better and that I can always count on you that you always came in and did the work and went home. You didn’t complain, you didn’t get drunk, you didn’t do anything. You never got in trouble so I never noticed you." 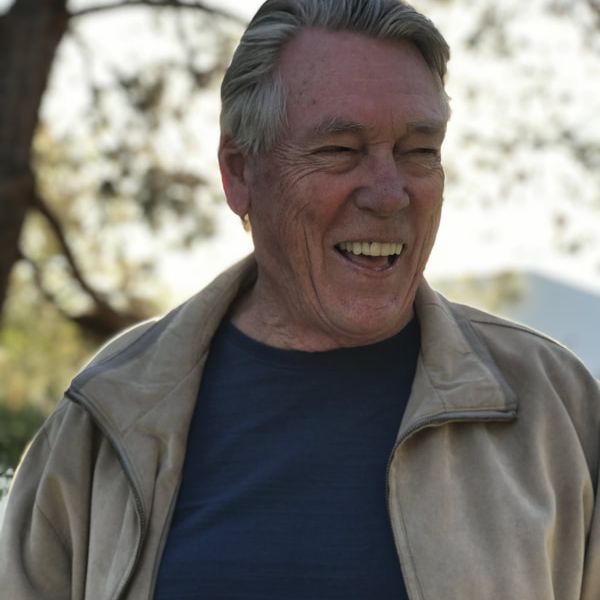