Written by Yashaswi Iyer
Photography by Maria Jorjezian, Ryanne Hawkins and Dina Alyasi
Video by Maria Jorjezian
Ah, the 7500 24 Hour Challenge. A test of endurance and suffering that one faces for an entire day with the sole purpose of seeing if they can. This test will strengthen your spirit, destroy your mind and torment your body, but alas, it is a price you must pay. This test, in particular, is NOT one of those tests! The challenge is simply not to talk for a set amount of time; we are college students and time is precious. So how did we fare such endeavours? Well, let’s begin from where it all started, eh?
​
During the Coffee House and Open Mic Night, Dina and I decided to challenge ourselves and see how far we could make it through the event without talking. During this event we had to last the remainder of the event without a single sound coming from our mouths. Once we finished setting up, the event began, and with Maria keeping tabs on us for the entirety of it, we started our challenge. ​

​​By the first hour, my comrade had been swallowed up by the demons of speech and thus left the battlefield, but it was far from over. I knew that I had to carry on the legacy of silence, for glory, for honour, for, uh… this article! Anyway, it wasn’t as challenging for me since the event showcased students giving their poetry and music performances. During this no one made me speak in any way. To bring forth more of a challenge, I went to sit with my friends to see if they could get me to talk, but I was able to keep quiet for the most part. I had some moments such as when I noticed a person’s shoelace was untied and wanted to mention it, but just pointing at his shoes would’ve seemed rude since I did not know him. 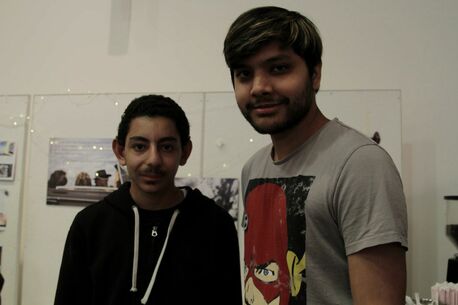 Two hours had passed, and the event was coming to an end. I sure had quite a bit of close calls when people came asking me questions such as where the lines to the coffee were, or where I bought my T-shirt from, but I held it in like my life depended on it. I couldn’t let my fallen comrade’s sacrifice be meaningless. Nevertheless, having friends who didn’t heckle you too often made this challenge a bit too easy. I also felt that communicating through my phone all the time did feel kind of embarrassing since I couldn’t talk and had to waste time when responding to people. Writing on my phone and showing people those texts felt a little like cheating since it was sort of a way of speaking. That aside, I was willing to do anything to endure this trial. 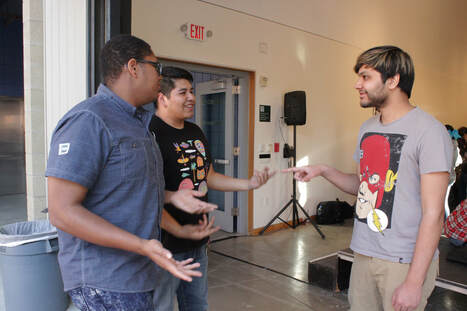 Looks like there's a bit of a language barrier.
Once the show ended, the competition was on its last legs and I was faced with the ultimate hurdle: a wave of enemies approached me, desperately trying to break me. The entire journalism group was assigned to get me to speak and came up with the most out-of-this-world ideas to get me to finally speak. One of them wouldn’t look me in the eyes unless I spoke to her while the other made references to a movie I loved, making me want to re-enact a scene. It was hell! But I was close, so close. As I was about to crack open like a box of, er, whatever chatterboxes are full of, the angels of time hath decided their victor and I was hailed as the champion of silence! The organizer of the event wrapped up and left, officially ending the event. Wasting no time, I leaned over to the camera and said the words, “I am done!” and finished the challenge.

​
Overall, it wasn’t really a matter of talking but the fact that we all just wanted to leave. From the whole experience, I learned how to hard it was to be polite while trying to stay mute, especially to strangers. I felt it made others think you’re making a fool of yourself, but was pretty fun all the same. Not speaking might seem easy on paper, but I feel like if you’re attempting this in a place where all the attention is on you, like your birthday party for example, that would be quite the challenge! 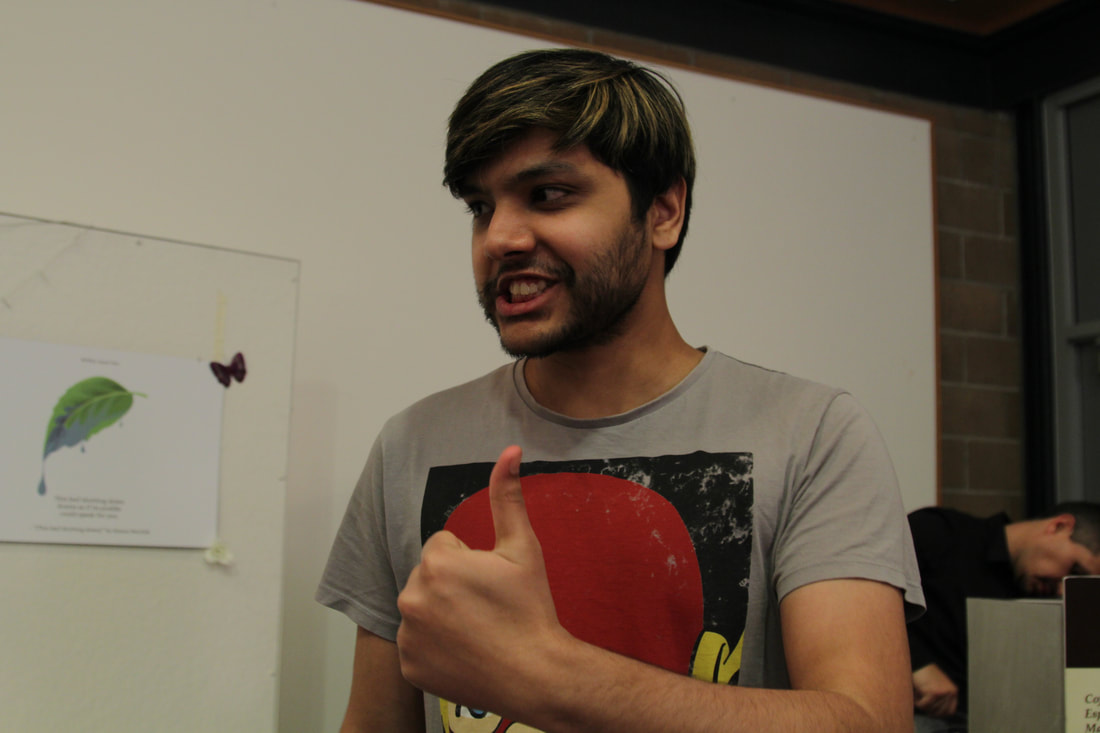 Yashaswi concludes the challenge with a triumphant "thumbs up"!