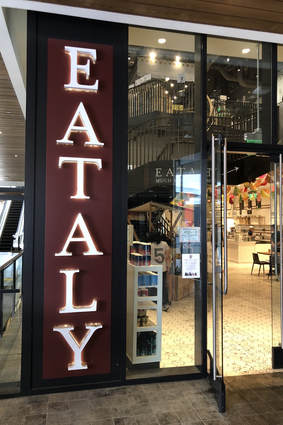 Being born in California was the worst thing that happened to me. Why? Because I was supposed to be born in New York. It’s been 23 years since I’ve been mad at my parents that they didn’t make that happen but whatever, it’s fine, I’m over it.

​I’ve been to New York four times and every time I go, I never want to come back home. It’s the fast-paced environment and delicious food that reels me in every time I go. The rush of the city, the excitement of the people, and the surroundings of the big buildings made me feel like I belong here. However, every time I leave, I come back to boring Los Angeles, the city where I was born, where there’s none of that New York excitement, but there’s a lot of that Vegan or Gluten Free hype.

In New York, they have a lot of restaurants, a foodie’s dream. Whether it’s Italian, Chinese, or American food, I never get disappointed. Even in Little Italy I feel like I’m eating authentic Italian food.It makes me want to just get up and thank the chef by saying “Grazie Signore”. However, pizza is something I truly care for. The thick slices and the thin slices of melted mozzarella mixed with tomato sauce tastes extraordinary, it blows my mind. Sometimes when the slices are too big for me, I fold it in half and start biting it. The bigger the pizza, the better the bite.
​​I would love to have this east coast classic in California. Eataly is a New York based restaurant that has Italian food and is also an Italian supermarket inside the restaurant. I’ve been following Eataly on Instagram for about a good 7 months and have been drooling over their food and décor. When all my friends visited New York, they told me how I should try Eataly over there because it’s amazing and “everyone should go there”, 7 months later, it finally happened, I visited this magical place… 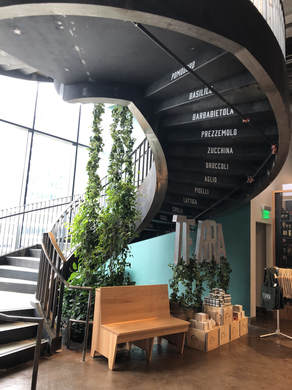 Driving an hour to Century City I was excited and nervous because I didn’t want to go in with high expectations and get disappointed. After parking my car, I was speed walking through the outdoor century city mall, kind of got lost, and ended up outside of the restaurant. Let me tell you, the entrance alone was amazing and beautiful. It was like I received a warm hug from all the chefs. The aroma was strong but not in a bad way. I smelled the coffee being grinded and I controlled myself to not get coffee before I eat lunch.

Walking up the stairs (because that’s a thing over here at Eataly) I was slightly confused because there was a supermarket to the right of me and a butcher cutting a pig on to the left of me. As I walked around the market area thinking that I can afford their cooking items, I finally found myself at the end of the restaurant/market where it says, “Pizza and Pasta”. Looking at that sign was like having someone call my name.

As we got seated, the waiter automatically came to our table and was so nice to us. “First time here”, we said and he got it out of us like it was written on our forehead. We started to browse the menu and ordered a glass of white wine and pizza. 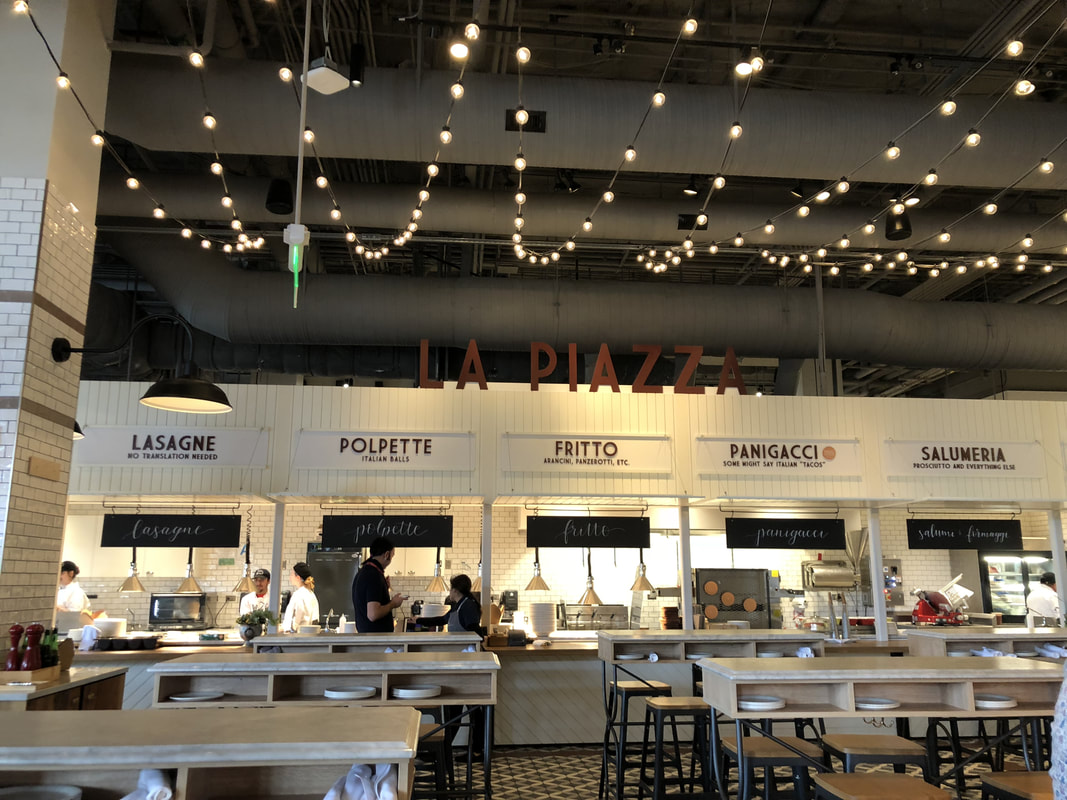 LA PIAZZA, Eataly
The pizza we got was a classic!  It was so good, so filling, and so comforting. Pepperoni, cheese, and soft dough made my taste buds burst into happiness. The thin sliced tiny pizza was perfectly tossed and warmed my starving stomach. Mozzarella and pepperoni, the dynamic duo of pizza making, melted together so beautifully, it felt as if I was taking a bit out of heaven. The crust by itself smelled delicious. The burned dough made it not only crispy, but tasty too!  It’s like the chefs made it with Italian love. And the white wine was like a cherry on top, it was a perfect fit. As we both ate 3 slices, it was as if we didn’t want to leave and we were stalling. Our way of stalling...eat the bread. I know, I know, that’s more of like a beginning thing to do, but we didn’t want to leave so we ate the bread, enjoyed its softness, and left. 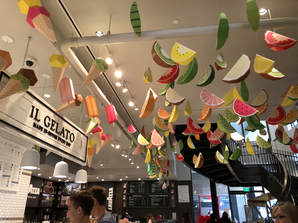 As we were roaming around Eataly, we couldn’t stop our amazement. Seriously, imagine seeing two girls walking around and all you hear is “ooooohhh” and “ahhhhhh".  It’s embarrassing yet well deserved. Eataly is an amazing place. I’m so happy they finally opened this location because it kind of has an east coast vibe to it.