Into the Eye of the Storm: ONE OK ROCK

Written by Melissa Chavez
Photographed by Melissa Chavez and Alice Ramirez
Three years ago around this time, I was set to go to my first ever concert; a Japanese rock band at that. I was ecstatic, thrilled, and even a little overwhelmed. My heart had pounded in my ears all day to the beat of the group’s songs. Have you ever seen a teenager so alive? ONE OK ROCK, my idols, an edgy kid’s everything at the time. That day, one thing led to another, and another, and another; so comically cliche it hurt. We arrived at the venue an hour late, enough to see them walk off the stage, as they were the opening performers. I was shattered. Have you ever seen a teenager so defeated?

She was clearly tipsy and at various points was so drunk she would try to look at my phone screen as I showed my friend something, clearly a little too aloof to know what she was doing. It earned her a few strange looks from my friend and me but laughed it off more than anything. As with most rock concerts there’s always the risk of moshing but the audience was on a low burner for the first two bands.
​As soon as ONE OK ROCK came up to the stage, the crowd lunged forward once more, making it impossible to move around and manifesting into a claustrophobic nightmare. The people behind me started moshing and throwing themselves around like fish out of water. They were yelling the lyrics and you couldn’t tell if they were drunk or just troublemakers. I was starting to get tunnel vision with the situation at hand and could barely concentrate on the music. The girl on my left looked no better than me and so I spent the next song trying to block any hits from the troublemakers since they kept violently flinging themselves into my friend and now sober girl. She noticed this and looked thankful when I asked if she was okay after the troublemakers shoved their way to the front. ​
The end of the concert mellowed out and the girl, who seemed to be there alone, hung around with us for the rest of the concert. We were all screaming and jumping to “Change” and getting emotional over “Stand Out Fit In” from their latest album, Eye of the Storm. The crowd broke into an uproar of excitement when they played an old popular song that seemed to move every old fan’s hearts, “The Beginning” from their 2013 album Jinsei Kakete Boku Wa. There were some people who would pick up others on their shoulders and a couple of people crowd surfing. I was a little less panicked and sung along to the throwbacks they played, jumping and feeling alive along with the crowd. Once the concert ended, I couldn’t help but smile so wide it hurt. It took a redo and a half, but I was finally able to see ONE OK ROCK perform for the first time 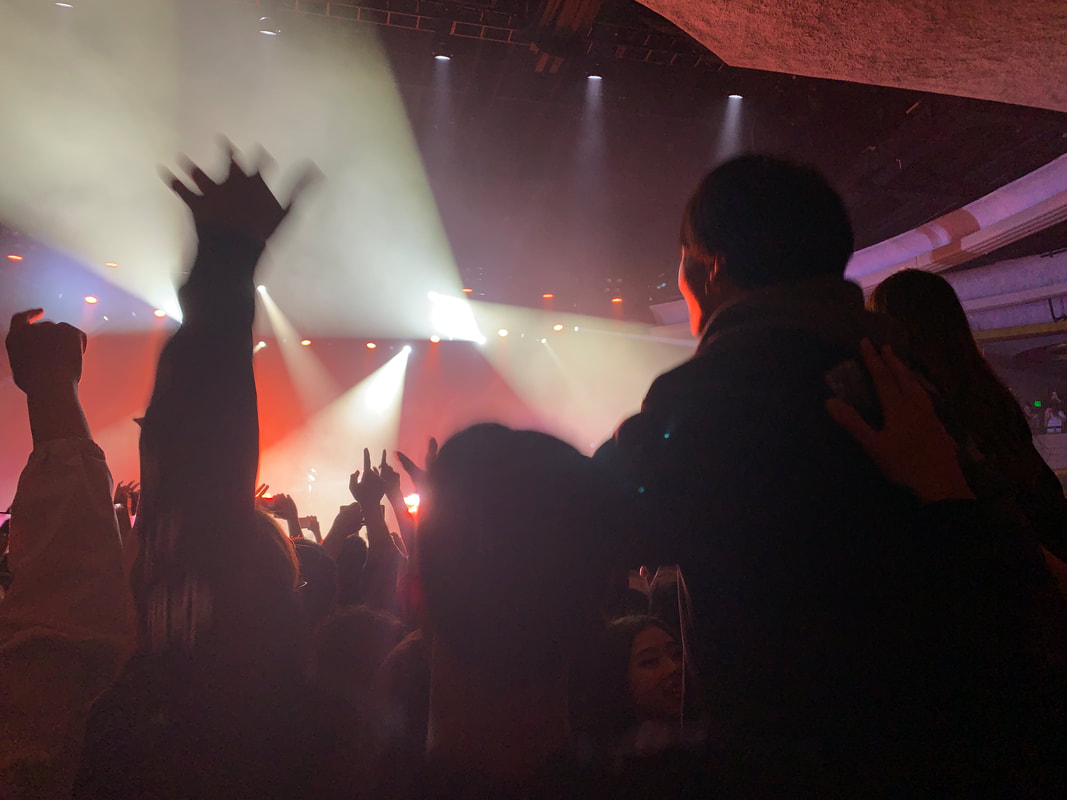