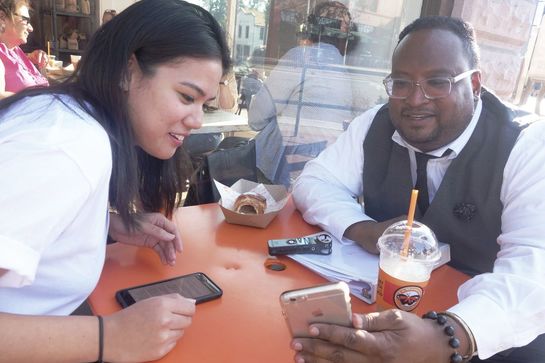 Nix Santos interviews F. Douglas Brown
Before he even knew it, F. Douglas Brown had a calling. As a poet, educator, father, occasional DJ, and activist, the extremely busy writer finally found the time to put aside to honor what he had run from for so long: honoring the roots of his name. "I wasn't really worthy of it," he'd always say. Now, for his latest work and third book, the writer is preparing to publish his latest poetry collection called ICON, a homage to his namesake, Frederick Douglass. Now in his 40's, Brown is ready to face the music and write alongside the great memory of the man he'd avoided for so long.

Named after his father, who himself was named after the legendary African-American abolitionist, the weight of such a significant name felt like a heavy weight on Brown's shoulders that he was not yet quite prepared to carry. Throughout the course of his life, the writer was keen on avoiding the connection to Douglass himself, and yet somehow, it continued to follow him everywhere despite his best efforts. "I've always avoided it because it's my namesake," he said. "[But in] different periods of my life, he's come up. Obviously, my dad was a 'Fred'. He was just the perfect guy named Fred. I was never a guy named Fred. Doug always just fit me."
​
It all started when he met another random fellow of the same name in a beatnik bar in his hometown of San Francisco, and it was that particular man who found an attachment to Brown because of the levity of the name they shared. He was fresh out of college and still trying to figure out his life, young and unprepared to lift the weight of the name he'd tried so hard to ignore, going so far to even start going by "F. Douglas Brown" to mask the fullness of his name.

"I don't know if I'm ever really worthy of the name." - F. Douglas Brown 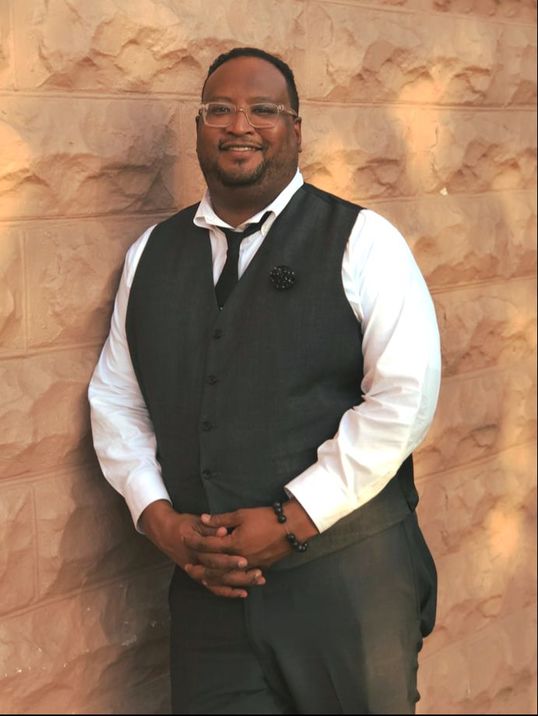 F. Douglas Brown
"I don't know if I'm ever really worthy of the name," Brown said to himself and many others at a young age. After many twists and turns, and further encouragement from his writer peers over the years, Brown finally stepped up to the plate and took on the biggest challenge of his career as a writer.

​Through it all, poetry was always there for him, even when he resisted delving into biggest challenge of his professional writing career. Brown said, "For me, poetry is conversation with controlled emotion. It's so emotional when we start to talk about lynchings or people who are killed by the police unfairly, and the emotions run amok most of the time, but in a poem I control it and contain it. And you can read it years and years later, and you can still render that emotion."

As he finally dove deep into writing alongside the icon, Brown learned more than he ever realized he would. Through intensely thorough research, not only did he discover a lot about the man whose name he was now ready to honor, but he learned more about himself as well. "Now I have a voice out there in the public, and more so, I'm obligated to bring others with me," he said. "So I learned that from [Douglass] – he put himself in a privileged area. He was a slave – that's as low as you can get. That's underneath the poem, and he put himself on top."

"Now I have a voice out there in the public, and more so, I'm obligated to bring others with me."

"I think looking at myself from that wide of an angle has really helped me understand, or start to go to places in my life that I never would have gotten to if I wasn't looking at somebody [like Frederick Douglass] with a wide lens like that. So you think you need to get close, but I've learned to pan out and see the full view first, and from that search, write it, then pull back out. Like scale shifting," Brown said.​ 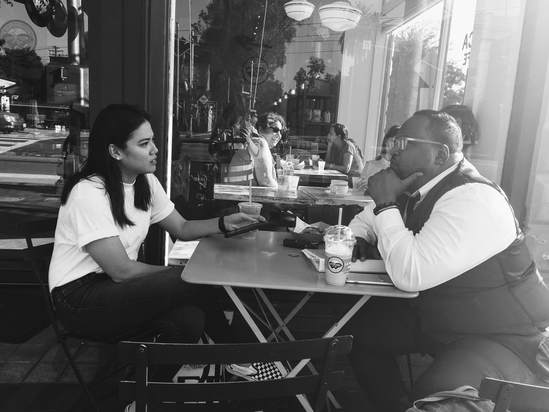 ​​​"These Dead Days"
His boot strapping do-it-all
Tone, volume turned up to 10
So I can get up early and off to work

His Southern manners
Singing no nonsense
His Folgers, his Palmolive

The wisdom has the practicality
Of tea and the know-it-all of a path
Deep in the woods
Now, Brown understands his own obligation to using his voice for good. Growing up in San Francisco to an artist mother, he was always encouraged to foster his creativity. Now, as an educator at a Jesuit school and a father to two teenagers at home, he sees the great benefit and responsibility of passing the torch, enriching young minds, and empowering them through the art of storytelling.

"To teach students how to claim their stories, when [they] think they don't have any, you start making them pay attention and slowing themselves down... I think the pace of our lives is more troublesome than technology. Technology helps increase that pace and so any time I can get a kid to slow down and to let them speak their mind and give them a forum, I think, is important," he said.
​Conscious of his responsibility and obligation as a writer, poet, father, educator, deejay, and activist, F. Douglas Brown now feels much better equipped with the challenge of writing ICON finally finished and behind him. He said, "If I am becoming a better writer at everything I am trying to write, then I'm gonna learn a lot. Hopefully what I'm offering a lot of people will learn about themselves and ask difficult questions in themselves."

​I spent an hour picking Brown’s thoughts and history over cups of coffee and we traded ideas on the craft of writing and discussed our shared Filipino heritage. Not only did I walk away from our meeting much more knowledgeable and refreshed, but I also left with a mission to honor his story, perhaps in the same way he sought to honor Frederick Douglass himself.