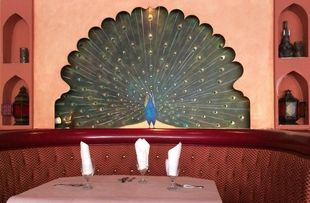 ​After taking a seat at the table, I found myself surrounded by traditional Hindu symbols and statues of Buddha and Lotus flowers. I was greeted by smells of turmeric, cardamom, clove, cassia bark and black pepper. The walls are yellow and red, with images of Ganesh, dancing women and peacocks. Tables had white cloth on them with accurately prepared cutlery, which is a norm for any restaurant.

​It felt like I was in India, but when I looked out of the big front window, I saw the typical American FedEx trucks and the familiar English written signs along Orange Grove Avenue, letting me know that I was actually in downtown Burbank. 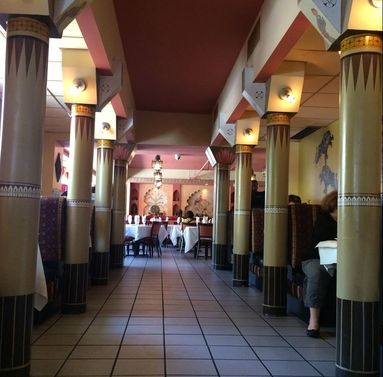 However, after sitting down and not seeing a waiter for fifteen minutes, I began to feel invisible. ​​Don't be fooled by its shabby exterior or location in an anonymous back alley underneath a parking structure.  As soon you walk into the restaurant, you will be enraptured by a sensory experience; the cozy and intimate atmosphere will make you feel like you are having a candle lit dinner in your own living room. The traditional Indian interior architecture emphasized by decorative columns and colorful images on the wall, and the flavorful smell of spices coming from the kitchen will take you far…, far away from Burbank.
​
​According to their website, Flavor of India was opened in 1998 by two Indian brothers, Sam and Darshan. Their mission is to provide high-quality, authentic Indian cuisine by only using organic spices and ingredients while delivering the ultimate culinary experience. Flavor of India puts a lot of emphasis on their great service and comfortable atmospheric environment of their restaurant for all people. Currently, they have another location in Studio City. The interior of the restaurant helped me distract myself from my daily routine and allowed me to absorb the Indian culture during our lunch at the restaurant. 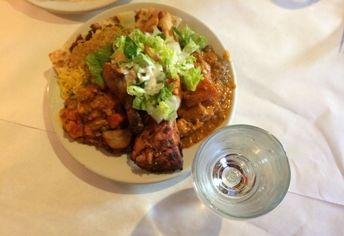 Only after I asked a waiter to help us was I brought the menu. He told me they offered a lunch buffet menu, which was also why nobody came to our table in the first place. The buffet menu costs only $11.99, and a person can get as much food as they can eat. I assume that most of the visitors use that option, and that is less expected for chefs to cook something different from the menu.

​ The buffet had a wide variety of food, which exceeded my expectations, and with a great selection of meat, rice, spicy sauces, delicious desserts, and vegetarian options. During our lunch, we ordered Chicken Tikka Masala, which is chicken cooked in a tasty, slightly spicy tomato sauce. We also ordered Aloo Gobi, which was cauliflower, onion and potatoes mixed with tomato with fresh garlic sauce. Additionally, we had rice with naan and samosa, which paired nicely with the food. Despite the not-so-attentive customer service, I enjoyed unlimited amounts of tasty food for reasonably low cost. 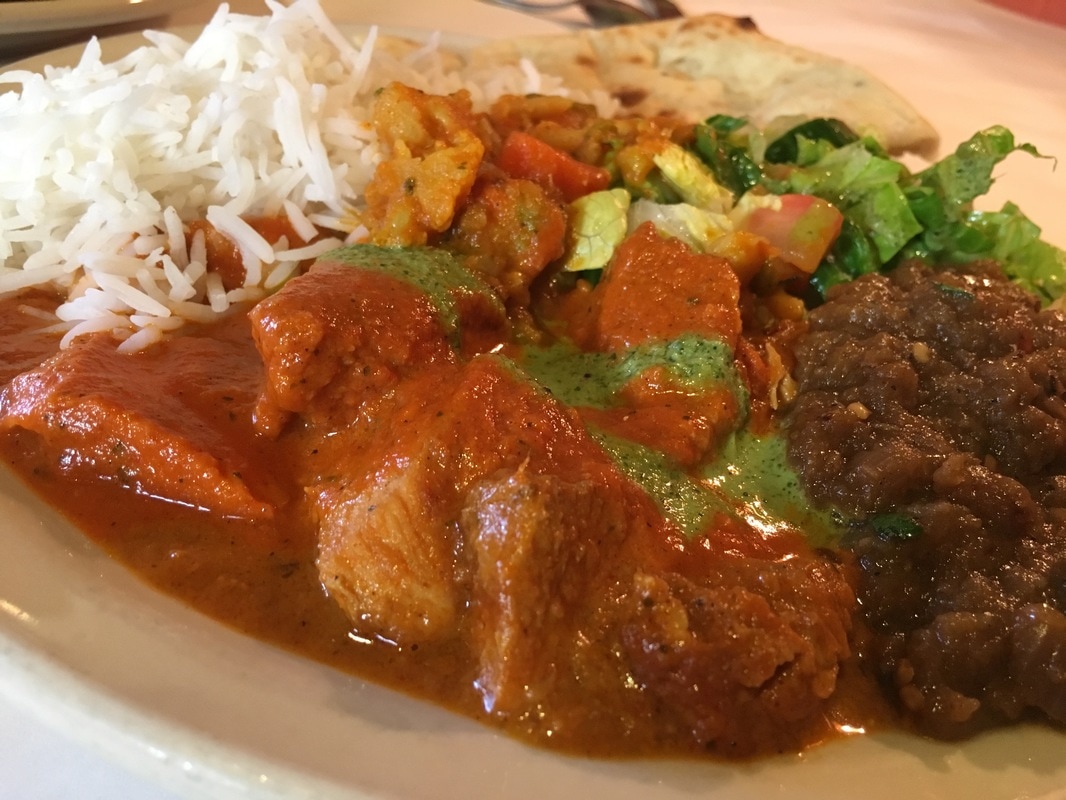