Written by Faris Alkhlywi and ​Rakan Almayouf
Photographed by Faris Alkhlywi,
​Rakan Almayouf and Rafik Vardanyan
Looking for a delicious Mediterranean restaurant in the city of Burbank? If so, George’s Greek Cuisine might be worth checking out. With their fine selection of meals from gyros to kabobs, they have something for everybody. A few of us over at 7500 Magazine decided to make the five-minute drive from our university to taste the food for ourselves. ​​George’s Greek Cuisine is located on North Hollywood Way next to the Bob Hope Airport. We drove there on a weekday afternoon right after lunchtime, so to our luck, there weren’t too many customers. There was a huge mural on one wall of what seemed to be the Greek city of Santorini near a beautiful coastline. On the opposite wall, there were multiple television screens showing the restaurant’s menu. There were several tables inside and outside, preventing the restaurant from ever getting overpopulated. 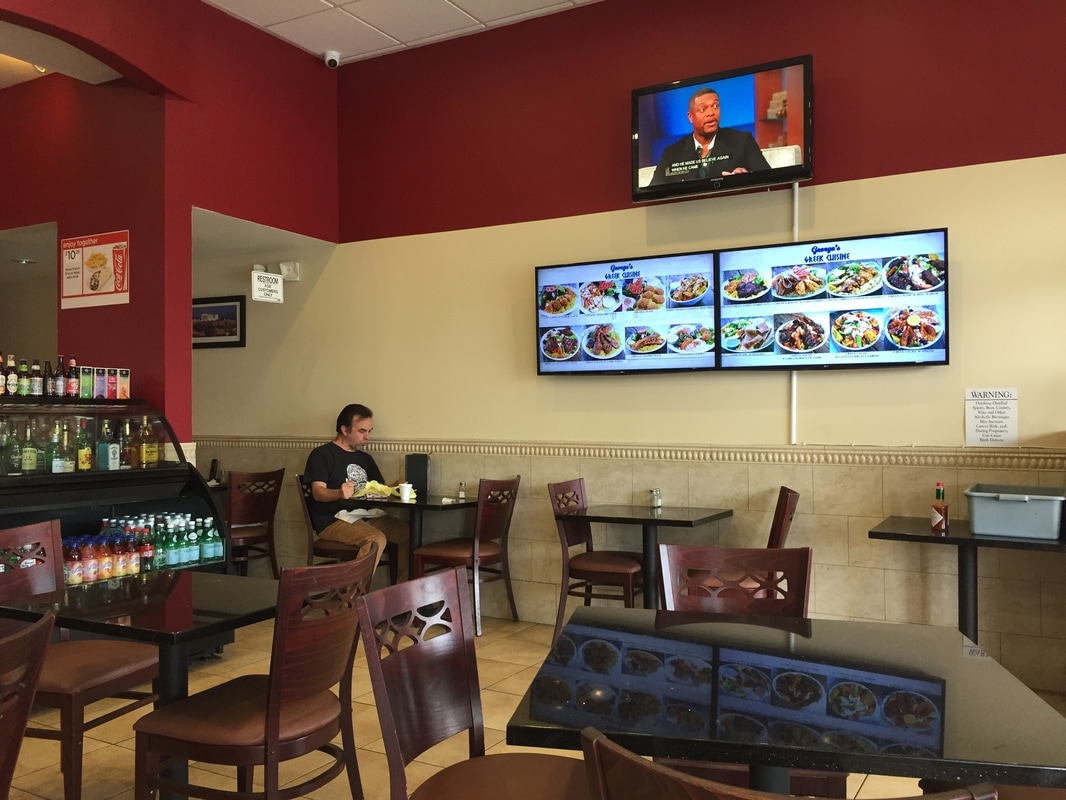 ​​​Unfortunately, the wait time for our orders took a while. Regardless, our meals finally arrived roughly 20 to 25 minutes later, and we dug right in. One of us ordered a chicken breast kabob plate, which also came with rice, bread, and salad. The rice was plain but tasted moderately good. The chicken, on the other hand, was superb. It had a sweet flavor and was not overcooked one bit. Another one of us ordered a grilled Atlantic salmon plate. The fish tasted excellent, but it also came with the same sides as the chicken breast kabob plate. Overall, the food was fulfilling, but there wasn’t enough variety between the menu items. 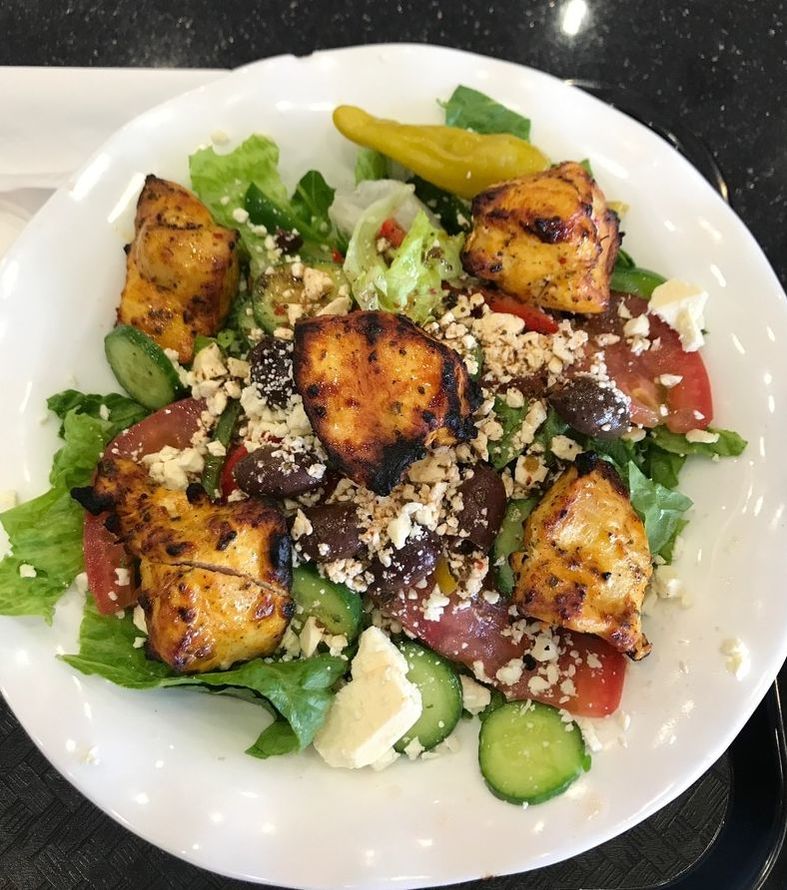 ​Atmosphere: A well-lit room with glass windows, a large mural of a Greek city, and several television screens that show the menu items
Sound: Fairly noisy since there are usually a fair number of people; there is also no separation between the dining room and the kitchen
Price: $ (Inexpensive)
Menu: http://www.georgesgreekcuisine.com/wp-content/uploads/2016/08/menu-georges.pdf