Written by Rhea Creado & Erick Yamagata
​Photos by Ega Simbolon
What would you do if someone challenged you to eat a scorpion or take a ride down a glass slide? Yes, I said GLASS; a glass slide where the inhabitants of Downtown LA are literally staring right up at you whilst you were suspended over them. You would think that’s crazy right? And yet, that's just what Erick Yamagata and I did one Friday afternoon.

Let me give you a little personal background first. I am terrified, absolutely terrified of heights to the point that going up the escalator at the mall is enough to start my stomach turning. And not to mention how much I hate theme park rides...because I am the only one out of all my friends who is too chicken to go on the ride that “all the little kids are going on.”

Erick, on the other hand, has a terrible fear of bugs, insects and basically anything that has far too many legs. You could call it a worst nightmare if he were to ever come in contact with one. Well, you know what I thought would be funny? If I dared him to EAT some bugs.

I was pretty proud of myself for that one.

Unfortunately for me, Erick decided to return the challenge by daring me to slide down a 70 floor high glass slide. And my life hung in the balance, because let’s be real, I could have died.
​
Together, we faced our fears. 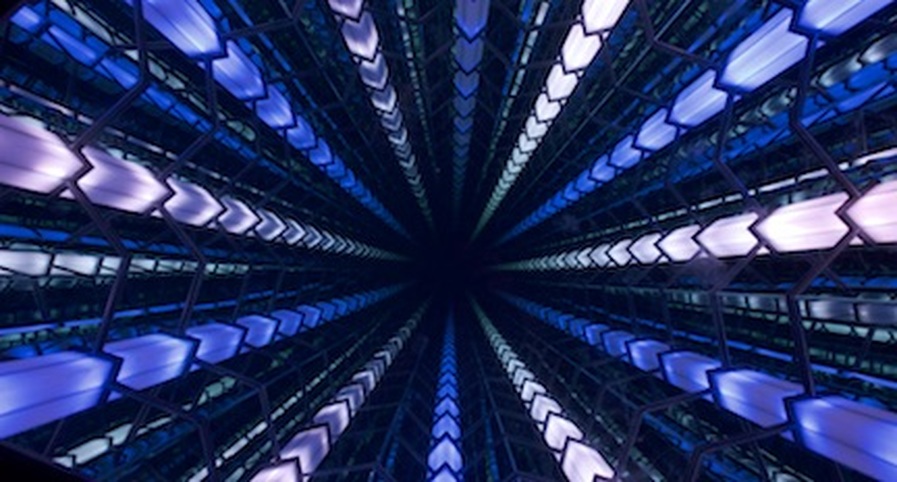 RHEA COMBATS HER FEAR OF HEIGHTS

For those of you that are not familiar with the OUE Sky Slide, aka The Glass Slide, it sits on the top of the US Bank Building in Downtown LA. It’s basically a glass slide that sticks out of a skyscraper, allowing patrons to slide down with a 360 degree view of LA down below. And yes, you did read that right. A GLASS SLIDE. Is that not the most terrifying thing in the world?

If your answer is “no” because you aren’t scared of heights, good for you. But if you are, like me, just hearing about the slide sent shivers down my spine. 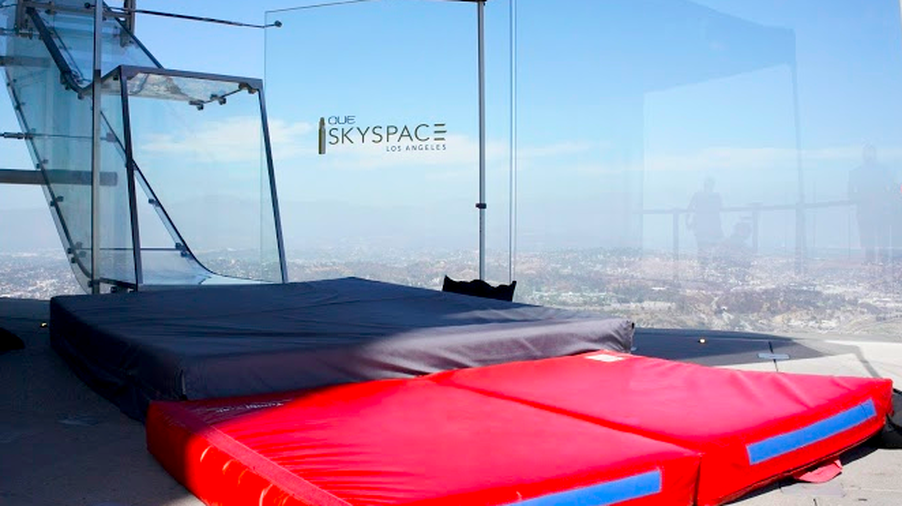 If the words “Glass Slide” weren’t enough to scare you, wait until you hear that the slide hangs off the side of the building, to ensure viewers get a good view… whatever that means, because I sure was not going to have my eyes open the entire way down.

It was scary enough to listen to the description of the slide, but actually arriving there set a whole new set of nerves inside of me. I hated Erick at this point.

Going 70 floors up in the elevator was a slow journey, causing terror and fear to sink in. For the most part, though, I was still doing alright because I was not yet able to visualize the actual height.

It sunk in, LIKE REALLY SUNK IN, the moment we stepped out of the elevator and I got a good view of all of Los Angeles. By the way, if you are ever looking for a great 360 degree view of Los Angeles, this is definitely the place to be. If you are scared of heights, not so much. All along I was kind of hoping the queue to ride down the slide would be as long as possible, and maybe if I was lucky my turn would never come. But what do you know? It was a Friday afternoon and not one other person in line. Just my luck.

Terrified would be an understatement.  I was shaky, I was nervous, and I did not care about how great the view was.

“Three. Two. One,” yelled the lady. And just like that I was sliding with the world down beneath me. And you wouldn’t guess what happened.

What felt like a couple seconds into the ride, as the slide turned a little, I slammed right into the left slide of the glass. But, that wasn’t all. See, I was going so fast, that as soon as I slammed into the left side of the slide, I began to tip over, and in order to stop my head from hitting the glass, I put my arm down as a way of stopping myself. What really ended up happening was my arm slid against the slide the entire way down, leaving me with a pretty bad skin burn. FUN.

Going down the slide truly felt like the seconds passed by as slow as possible, but once I was done, it felt like it had just flown by, I could hardly remember most of it. 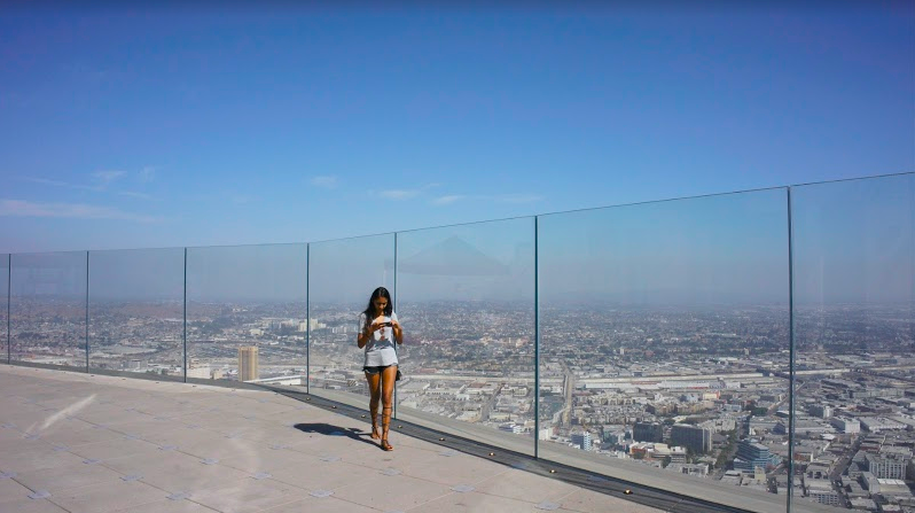 Overall, the experience was fun, with a tinge of pain. Honestly, I don’t know what I was that scared of. The slide is fully enclosed after all, so even if you are really scared of heights, just keep telling yourself that truly nothing can actually happen to you. There’s no way of you falling off the slide because it’s all very secure. I’d say go try it...it’s about time you face your fears.

​Our next stop; a restaurant that served bugs. I could not wait to see Erick suffer the way I just did. ​​​ 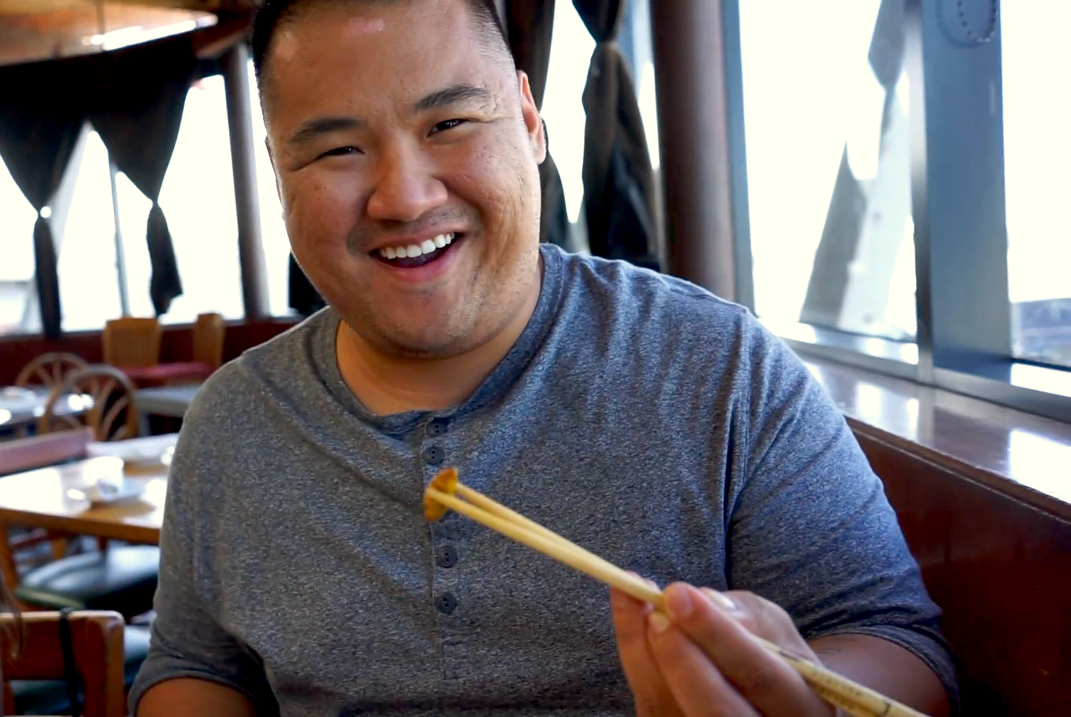 ERICK FACES HIS FEAR OF INSECTS

Spending my weekends eating bugs is the last thing that I wanted to do. Rhea challenged me to eat bugs, and I, of course, had to agree but wanted to choose the smartest options. With that, I logged onto Google and searched ‘Los Angeles restaurants that serve bugs’ and found a ton (like 5) low-budget blogs that featured some interesting restaurants. I made a list, and we filled up the gas tank and made our way west.

We ended up in Santa Monica at a seafood based restaurant called Typhoon. Pulling into the parking lot, my palms became sweaty off of my steering wheel. I got nervous upon arrival but I drove across town, and I was hungry, I was going to eat some bugs! We ordered crickets, silkworms (yuck!) and scorpions, and out they came in their dead-ness. I decided to go for it, and took a bite of the scorpions. They were popping and exploding in my mouth, with disgust I kept chewing on the bean-like critters and went for the water to wash them down. 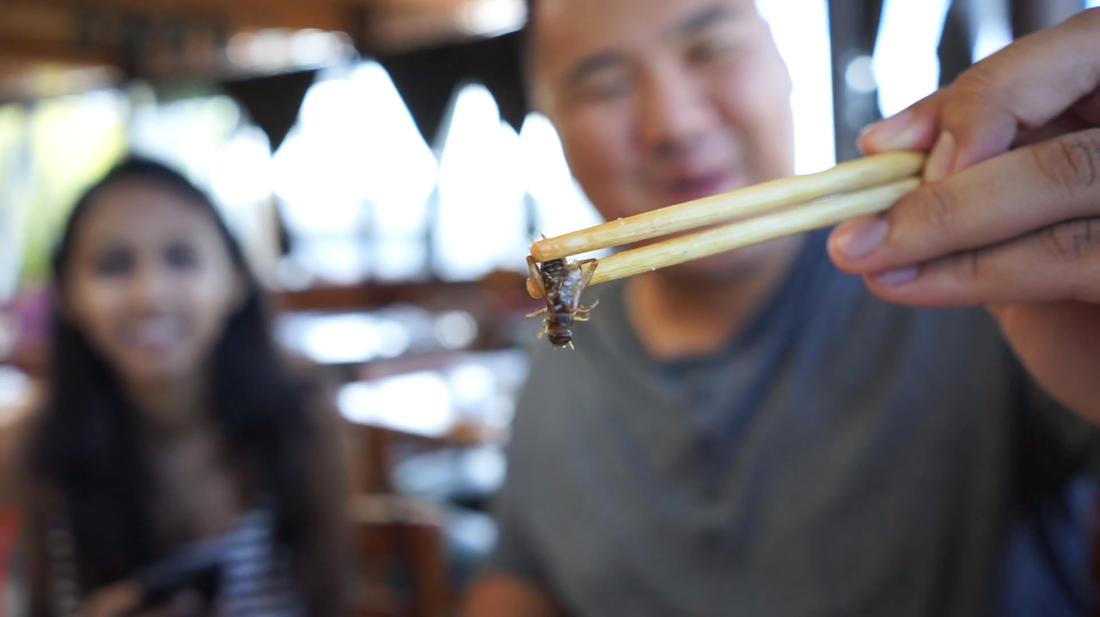 Next we went to Guelaguetza in Koreatown, which is actually a Mexican eatery. They are known for their grasshopper tacos, so I ordered that with the horchata and decided to stack up everything onto tortillas. Putting them into my mouth, I began to chew… these crunchy earthy things that tasted like dirt with a sprinkle of salt.

And...I threw it all up on Wilshire Boulevard with the 5:00 PM traffic staring at me and reflecting off of my sunglasses. Thanks, Rhea!

Afterwards, we went around the corner to Mok Jon Sul Jip, a Korean restaurant in Koreatown. I ordered the silkworm soup, and the waitress double checked that I was ordering the right thing. I said yes, and told her to bring out a beer with my meal, because that’s how I was going to eat it this time.  When the soup arrived it was thick and brown, and I was truly sick of bugs. The silkworm soup was spooned into my mouth and it tasted like beans, again, with beef broth around it.

The whole day was interesting and by the end of it, I felt really sick. Would I recommend it to anyone? No. Would I do it again? No. Did I face a fear? Yes. 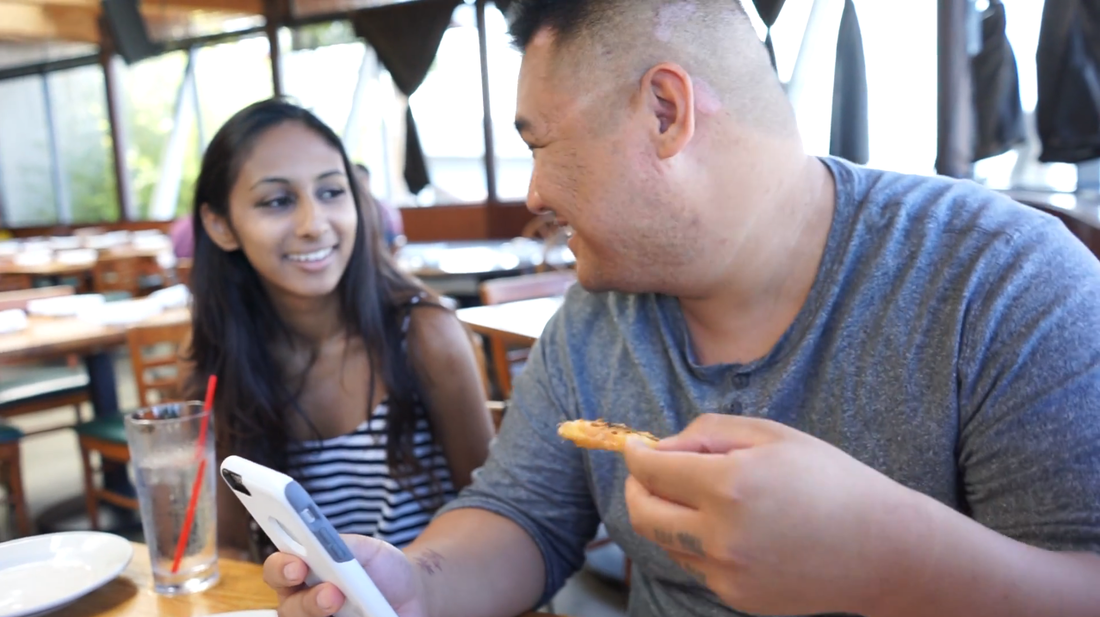 Erick and Rhea pretending to be friends, when really, we just hated each other by the end of the day.
As much as Erick and I wanted to cringe at the thought of each challenge in the beginning, we walked out happy, knowing we had each just conquered one of our biggest fears.
To ride the Glass Slide, go here.