Not before long, the consequences of their actions catch up to them, and Wu and Lopez must face their ultimatum: family or money. Based on true events, this tale of scheming and hustling, while not perfect, gives a refreshing take on representation regarding both diversity and the adult industry.

​As I said before, I enjoyed the movie, but it doesn’t mean I didn’t see its problems. While the movie wasn’t a full two hours, it felt rather long to watch. At first, watching Lopez and Wu steal from the wealthy scumbags of Wall Street is just as satisfying as seeing their rise to riches unfold, but it soon became apparent that the story was getting repetitive. Wu and Lopez go in circles of getting screwed out of a steady profit, figuring out how to more effectively steal from men through drugs, reveling in the success by spending their earnings on clothes, cars, and apartments, and then having the weight of the world crash down on them, whether it be a financial crisis, or simply Lopez’s hubris of greed for money. While normally this would be a fine, steady arc to have in a movie, the fact that the same cycle happens beat for beat multiple times gets tiresome to watch.

There were a few times when the movie felt like an expensive music video, with scenes that don’t forward the plot in any way other than to show some slow motion and pretty colors, such as in one of the many montages in the movie. Wu, Lopez, and their group of hustlers had just successfully got back into the routine of stealing from the rich, and what follows is series of mostly slow-motion clips of the women dancing and spending money. Considering we had already previously seen them splurge on money previously in the movie, the montage came off as filler rather than plot driven. 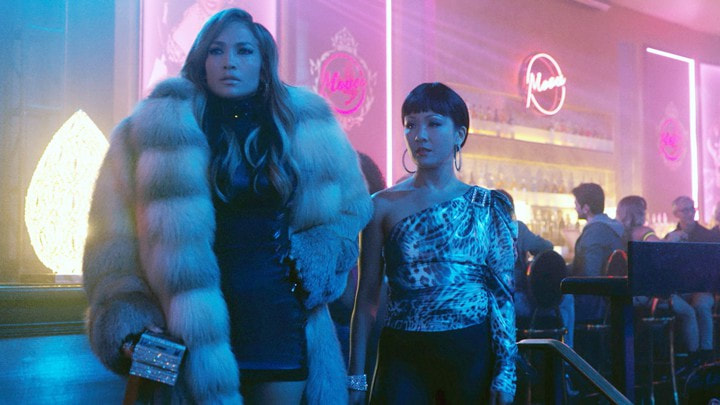 Courtesy of STX Films
While I didn’t really have any issues with the characters in the film, Lopez did have a daughter in the movie that wasn’t quite needed. At first, it appears to mirror Wu’s struggle to raise her daughter throughout the movie, but as the movie progresses, Lopez’s daughter becomes more of an afterthought, as we only get one scene where we see Lopez being a mom, whereas Wu’s decisions almost always revolve around the betterment of her daughter.

The last issue I had with it comes to the marketing of the movie rather than the movie itself. All the trailers present this movie as a colorful, fun romp of women hustling rich men into giving them all their unearned money. What the trailers don’t reveal is how serious and sometimes depressing the movie gets. Much like the Magic Mike series, Hustlers’ marketing hides a serious struggle of what it means to be in the working class, with an ending that doesn’t feel as happy as it could have been. In my opinion, I do think that if they sold the movie as both fun and serious rather than just the former, it might have gotten more audience members, but I could be wrong. Interesting enough there were more women than men in the audience when I watched it, but then again, maybe the idea of strippers and nudity wasn’t enough to sway men to watch a movie where they get swindled and robbed.
​
Hustlers serves as one of the underrated movies of 2019, with a heart that goes beyond the superficiality of bare skin women with money. The production value and care that went into this movie allows for an enjoyable movie going experience for general audiences while still being a work of art for any “cinephiles”. I do recommend seeing this movie if possible, with my personal rating being 7.5 out of 10 stars.
​ ​
All in all, Hustlers is a movie that shouldn’t be ignored, with honest representation and strong storytelling that will for a second allow you to forget about your life outside, and instead fall into the wonderful colors that is the life of a group of women getting rich. Don’t think about what others will think, throw caution to the wind and take a chance on this movie, as Lopez’s Ramona says, “The game is rigged, and it does not reward people who play by the rules.” So, in the spirit of having a good time, go break some rules. 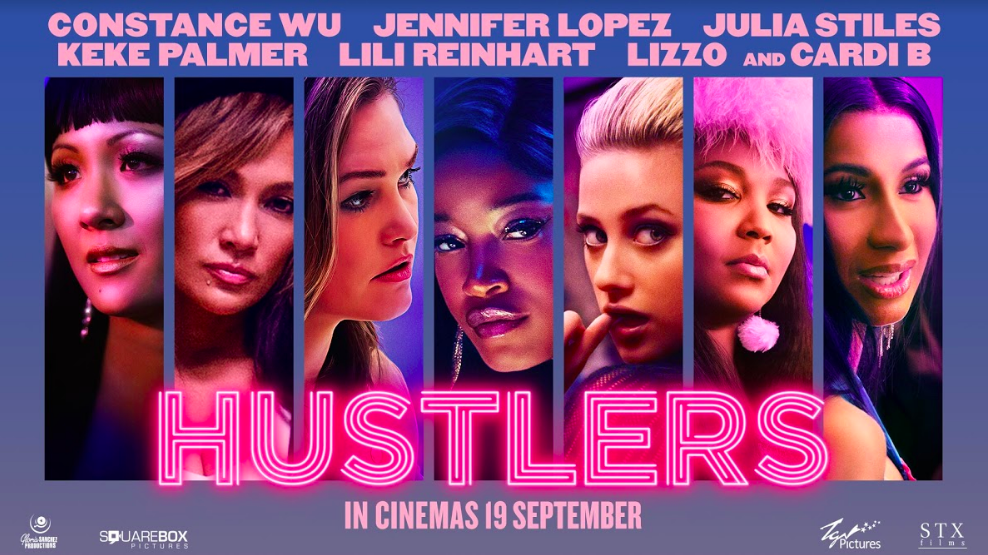