Through the Lens: Jerry Sun​

The first time I met Jerry I immediately felt like I could trust him and be myself around him. It was at the Woodbury University soundstage on a student film set his sophomore and my freshman year. Our first conversation when we got to know each other was when we were driving to Pasadena to celebrate the wrap of the shoot. We talked about where we both come from, and discussed our goals for the future. I found out a lot about working in the film industry from him and I remember feeling happy that I chose to ride with him to the place instead of anyone else from the crew as I am not sure if we would have ever had those conversations if not that night. Since then, we have become friends, and now he has graduated from Filmmaking (’20) as an aspiring Director of Photography and went on to work in the film industry taking on assistant camera jobs.
​
Jerry has been an intern at Marvel Studios, Paramount for Di Bonaventura Pictures, and worked as a camera assistant on countless commercials, music videos, and feature films, like “Ant-Man and The Wasp,” all while still being a student. Not only has he taken the role of being the Director of Photography on many thesis projects at Woodbury every year since he was a freshman, but he has also been an important figure in the Filmmaking department, assisting classes and helping film students, as he remembers the days he was in their position, just starting out in the field. Through his popularity at school and big heart, there is something that makes him unstoppable, and even the COVID-19 pandemic can’t stand in his way of succeeding in his career.

“Some kid is looking at this now and thinking about doing that in a few years, just like I did.”

Growing up in Los Angeles his whole life, as a kid, Jerry used to see film shoots regularly, and now he himself is the guy on the street filming. He says: “Some kid is looking at this now and thinking about doing that in a few years, just like I did.” When asked what the best thing about living in LA is, he responded that he was able to grow up surrounded by what was his dream and he was able to grow up and live that dream. “As tired as I am sometimes, it is definitely worth it, plus you make good money and you get to travel around.”

“Lowkey, this is the most I’ve worked, ever.” 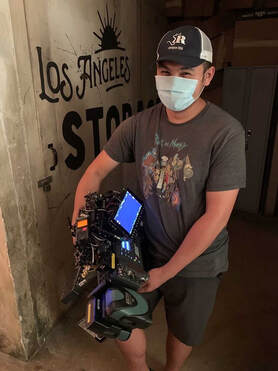 As I reflect on our times spent together and seeing each other on campus, we used to bond over coffee and filming on super 8 cameras. Also, we are both Virgos with the same birthweek, which we have celebrated together in the recent years. Jerry is someone who always replies to messages, sometimes so fast and consistently that I wonder if he ever sleeps.

​When asked about how the COVID-19 pandemic has impacted his personal and work life, he said, “Lowkey, this is the most I’ve worked, ever.” Since late August until now, he’s been on a different project every day and hasn’t been at his home in LA in about two months, the longest he’s been away before. Some of his last camera assistant jobs were in Chicago, Sacramento, and Riverside. Having worked for  Disney and AwesomenessTV during the pandemic, he gets tested regularly and complies with the set restrictions, which by now he has gotten used to. When I asked Jerry about his sleeping schedule and if he ever takes naps, he almost took the word “naps” as an insult. He said he usually goes to sleep at midnight and gets five hours of sleep but “no napping!”.
​
When not working, he likes to visit any kind of museum in LA, like The Getty, go sight-seeing, or travel the country, which he gets to do for work. 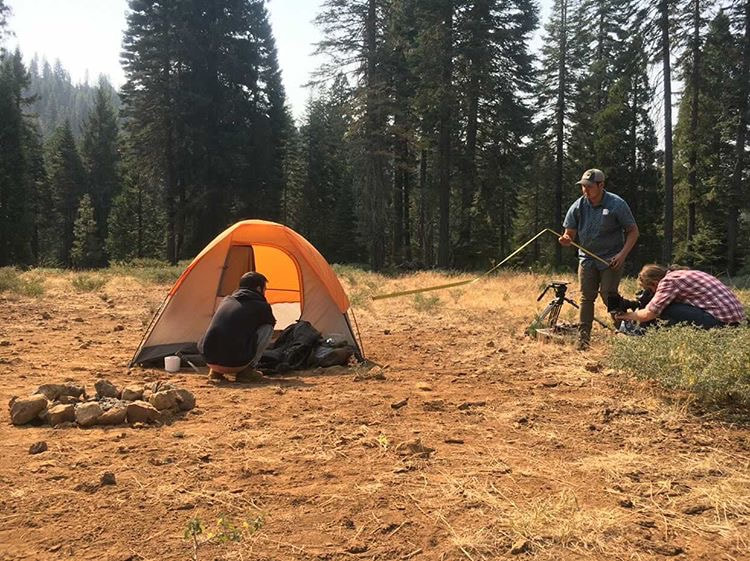 - Pulling Focus on a Short Film Project Shot on 16mm Film -
While facetiming for this interview, Jerry was preparing a camera for a shoot in Chicago he was leaving for the next day. It was nice to catch up with him and see what he’s been up to. Jerry is someone to trust, lean on, and a dream to work with. He is so talented, that even the professors prohibited anyone from my class to have him help us on our film projects. The advice he would give to someone just starting out in the film industry is: “Knowing people helps, so try to get on anything, and get to know people, because they can get you on the next job and then they get you on the next job, and then you basically know almost everybody in LA.” From a great friend to my role model, I am excited to keep seeing what great things life has in store for Jerry. He definitely will deserve it.
Check out Jerry's Filmmaker Reel here.