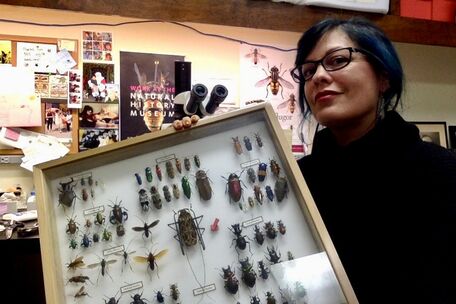 Lisa Gonzalez, Entomologist
It’s a beautiful Saturday morning in sunny downtown Los Angeles as I enter Exposition Park through the beautiful rose garden and approach the Beaux Arts, 1913 style domed grand entrance to the Natural History Museum of Los Angeles County. Once inside, I was greeted by large dinosaur skeletons that towered over the person I came here to meet. Lisa Gonzalez is an Assistant Collections Manager in the  the Museum’s Entomology Department, specializing in local insects such as vinegar flies, scuttle flies, bees, and flower flies as part of the BioSCAN project.

After volunteering for a few months, Gonzalez worked for about 3 years before going to get her bachelor’s degree. Even while in school, she was still working as a Student Research Assistant.

​Since then, Gonzalez has worked at the museum for about 15 years. “A lot of people don’t get their undergraduate [degree] in Entomology … So most people who go into [that field] don't actually do strictly entomology until they’re at the graduate level. Having a bachelors in Entomology is actually kinda rare … When I graduated there were only three of us, all women.”
“When I started volunteering here … it was something I did just to try out. I never came here as a child … I just was in a class with some people who were working here and I kept talking about how much I was obsessed with insects and one of the other people in the class was like, ‘Oh! I work in the insect zoo. You should come and help us feed [them] … You’re clearly really into bugs.’ And I’m like, ‘Yeah. I’m really into bugs.’” Ever since she was a little kid, Gonzalez has always been into insects. “I’ve held, I don’t know, maybe thousands of spiders in my lifetime and I have never been bitten from anything.” (I have been stung by many bees and wasps haha! Just not bitten by a spider)

“People think Natural History Museums are just dinosaur bones,  they are so much more. There’s so much going on behind the scenes.” After volunteering in the Insect Zoo, Gonzalez began working in the museum as one of the gallery interpreters, [which are informal educators that lead tours or spend time in the exhibits interacting with visitors.] ” Now, she plays a key role in one of the museum’s ongoing research projects, BioSCAN, which you can follow on Instagram, managed by Gonzalez, herself, at @nhmla_bioscan.

“Within the first few months [of the project] we discovered over 30 new species..."

“There is active research going on at the museum. There’s a whole section [with] labs and [collections that are used for research.]” 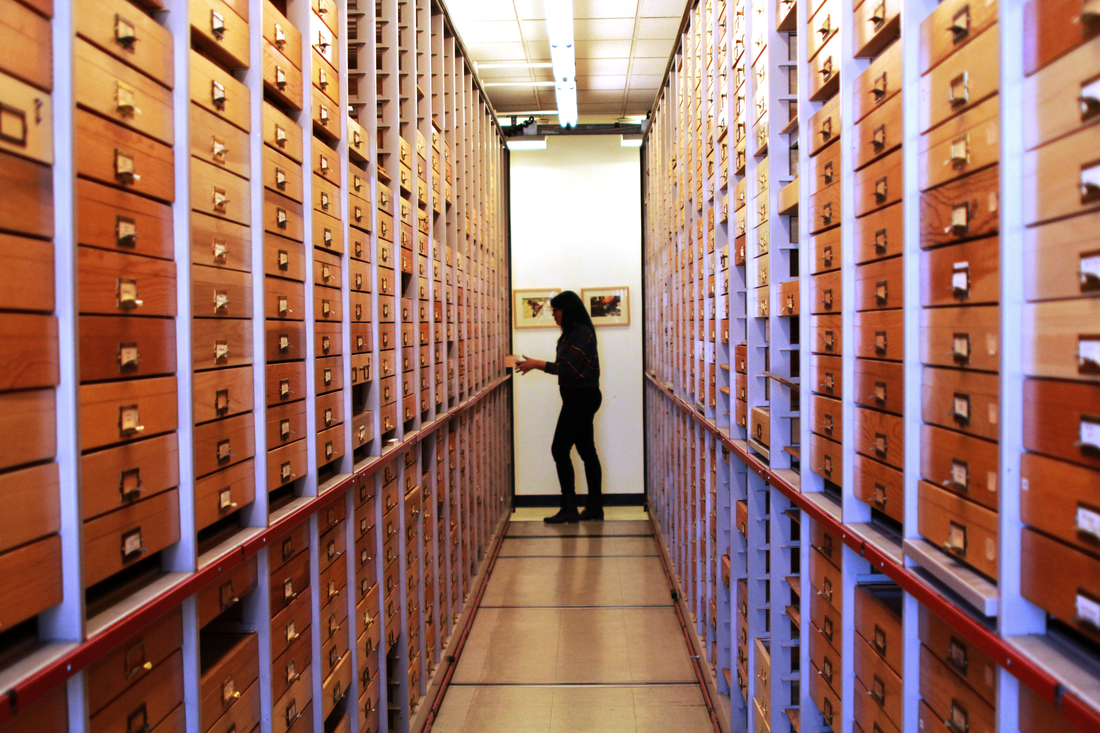 When it comes to working in a museum, there’s actually so many paths one can take such as social media, exhibit building and set up, education , research and collection management. “There is active research going on at the museum. There’s a whole section [with] labs and [collections that are used for research.]”

Gonzalez wants us to know that there is so much going on behind the scenes and museums are not only places to come see cool exhibits, but also places of research and work for the environment. She tells me that anyone can help out with the projects that the museum does as it encourages community science. This is when members of the community go out and document nature themselves and post their findings and research online or send them directly to the museum itself which also helps people from all cultures come together to celebrate and help out science.
To learn more about community science and BioSCAN, please check out the Natural History Museum website at: https://nhm.org/site/activities-programs/citizen-science

The Natural History Museum of Los Angeles is open from 9:30 AM - 5:00 PM every day of the week except New Years Day, Indigenous People’s Day (Thanksgiving), Christmas Day, and Independence Day. The museum can be found in Exposition Park at 900 Exposition Blvd. Los Angeles, CA 90007. 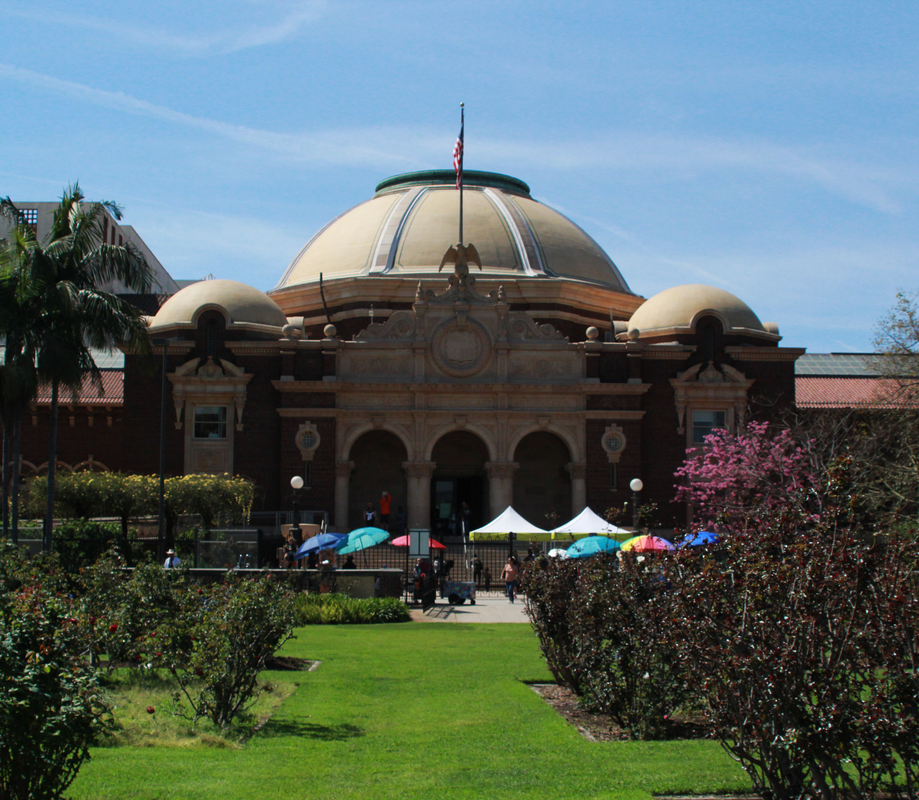