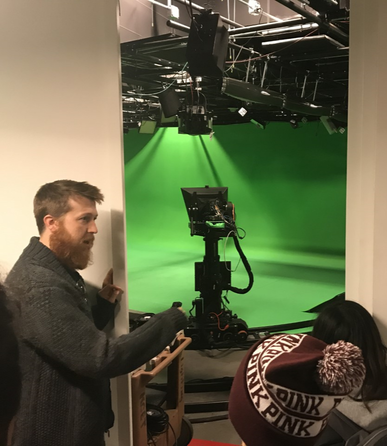 Justin Cram at KCET
As Managing Editor at Burbank's KCET Studios, Justin Cram is tasked with the exploration of all of Los Angeles’s vibrant and eclectic neighborhoods. He makes it his job to identify all the unique cultural landscapes the city has to offer and relay that to the people through original content posted on his various television segments. After our 7500 staff toured KCET Studios, Justin shared some of his favorite LA secrets.

What does the average local do in North Hollywood?
There’s this really amazing parking lot at a Ralph’s where folks come together and they krump late at night. What's so awesome about North Hollywood or about any part of LA is that there’s these little pockets, even a parking lot, where these things occur and people come there. It’s just a group of people who decided to go celebrate and enjoy dancing.
Any advice for people moving to Los Angeles?
If you could afford it, Downtown LA. I think it’s real interesting and it’s changing. Even North Hollywood. There’s all these amazing artist spaces, dance studios, artist studios, popping up in North Hollywood. It’s adjacent to the metro line so you can hop on the train and go anywhere. 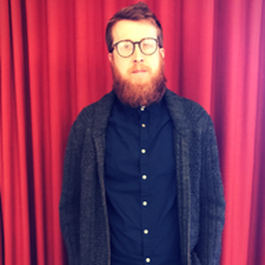 What is something you would recommend to someone visiting Los Angeles?
Go to the LA River. I love the LA River and I think there's so much happening around the LA River that people really aren’t familiar with it. You can see everything from graffiti to wildlife. People already frame LA in a particular way and I think the river is the best way to shift that perspective. And then you go do all the other cool things in LA...Why not go to Watts Towers or the Griffith Observatory?

Best Local Secret?
My all time favorite place is Leo Carillo State Beach because I love camping and I think it’s  hard to believe that you can go camping an hour away from LA. It’s up against the mountains and then...you have the beach. I think that’s one of the best ways to appreciate LA. You have the mountains, the ocean, you have so much access to everything. That is what is so beautiful about LA is that there’s so much that you wouldn’t necessarily know. You just scratch the surface and there’s so much to learn.