Written by Sabrina Zhou
Photography by Franco Lema and Kristin Bayle
Video by Kristin Bayle
This year, LA Comic Con was held at LA Convention Center in DTLA. Parking was a NIGHTMARE. We knew this going in but year after year, it truly never gets better. We got lucky this year, after swerving an armed assailant and going into an unfinished parking garage. We paid the $20, happy in knowing that we were paying half the cost of the parking lot next door. Fully clad in costume, we ventured out away from the car and into the den of convention goers.

​LA Comic Con, or previously known as Stan Lee’s Comic Con or Kamikaze, is a hub of nerd activity. It is a place for vendors to sell their goods and artists to showcase their skills. It is also a place for con goers to dress up like their favorite characters from games to animes to comic books. This is called cosplaying and it is the art of dressing and sometimes, even acting like their favorite characters. 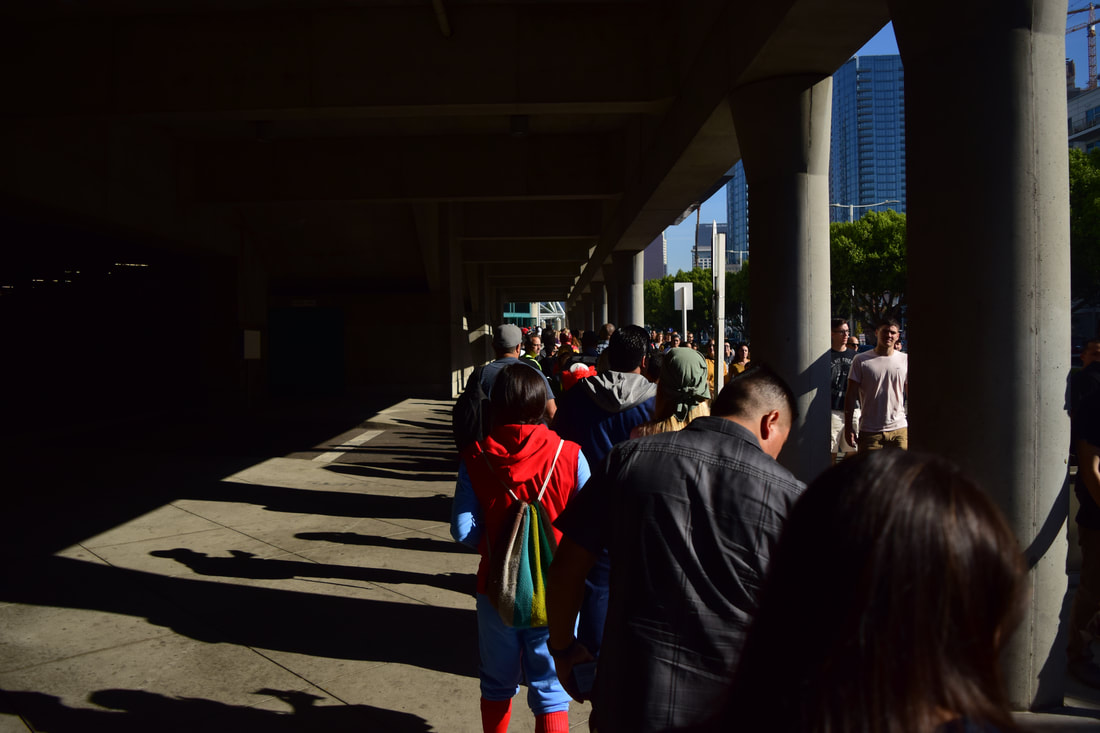 In line outside LA Comic Con

​
There are several steps in getting into the convention. Step one is getting in line, to be in line, to be in the last line. You must be in the main line of herded con goers to get your weapons checked. If you are one of the lucky few whose cosplay does not require a weapon, you are shuttled towards the bags-check area, and finally into the main Holy Grail of lines to get your badges. That is, if you purchased your badge before going, as I did. If you did not, then you are thrown to the other side of the convention atrium where you must get into yet another line to buy your badge for the day. If you are lucky, as we were, a stranger carrying several plastic bags full of convention goodies will approach you and ask if you want to purchase their badge for a measly $10. Obviously, my friend took the deal and dished out the cash.
​ 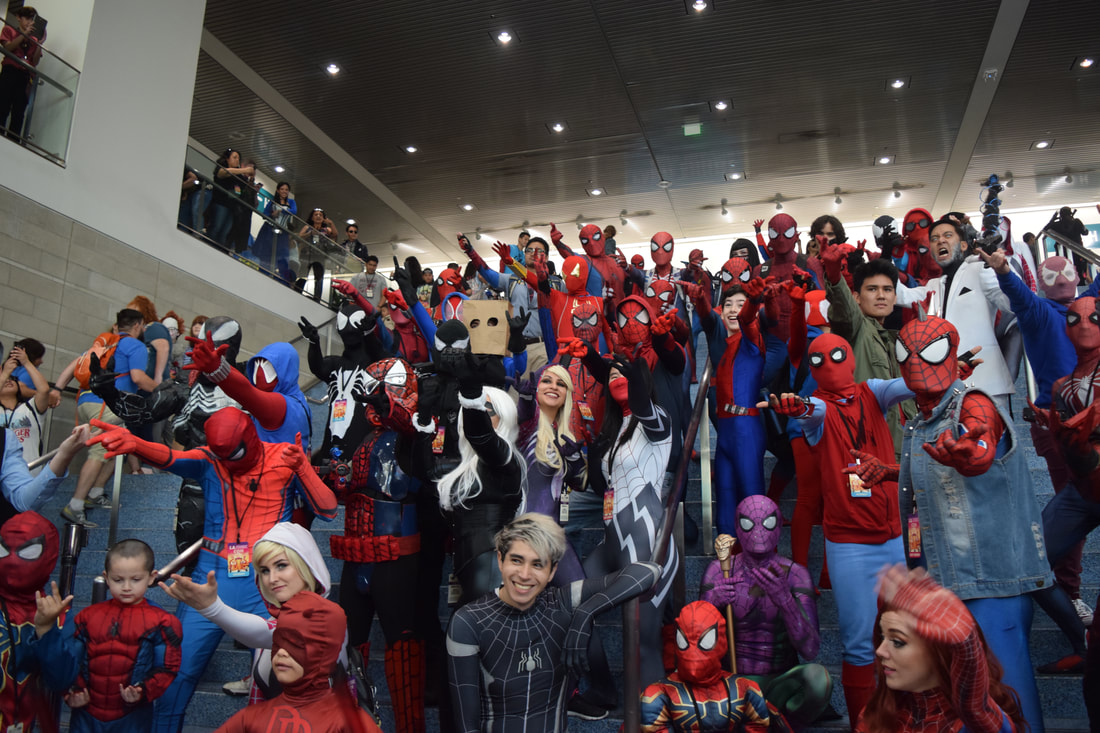 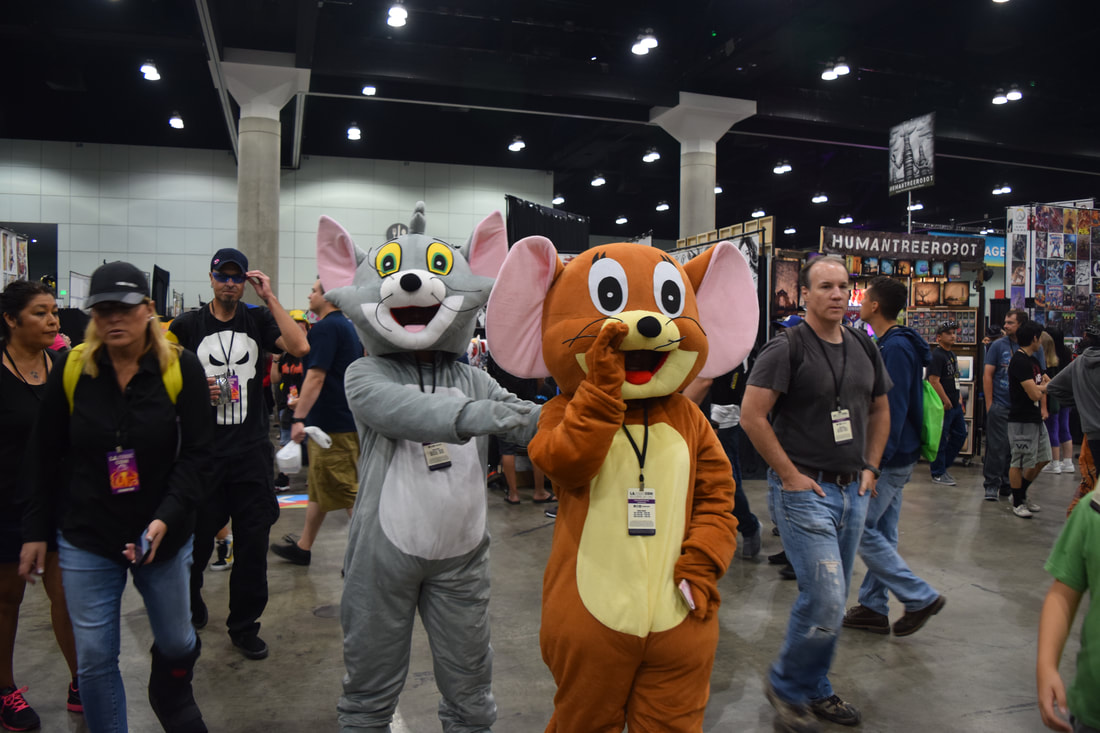 If you are one of many who cosplay, there will occasionally be people who recognize your character and their reactions could range from impressed to disgusted by your representation. Those who are impressed and enjoy your cosplay will sometimes ask for pictures. These are the times that every cosplayer waits in great anticipation for. These are the moments that make a cosplayer forget the countless hours that they spent in making the cosplay and the sweat and pain that was involved.

"These are the moments that make cosplay an amazing community and
​bring people together."

The cosplay community can be seen largely at conventions. LA Comic Con is no exception to that. While I was there on Saturday, I was told of a Spiderman gathering. As a Silk cosplayer, who, for those of you that don’t know, from the Spiderman universe, I was invited and told to join! Of course I went and saw one of the largest Spiderman gatherings to date.

"There were at least 50 Spidermen and Symbiotes at the gathering."

We filled one of the staircases, largely gathering at the bottom. We took hundreds of pictures in many different poses and groupings and I got to meet many different cosplayers of different ages and genders. ​ 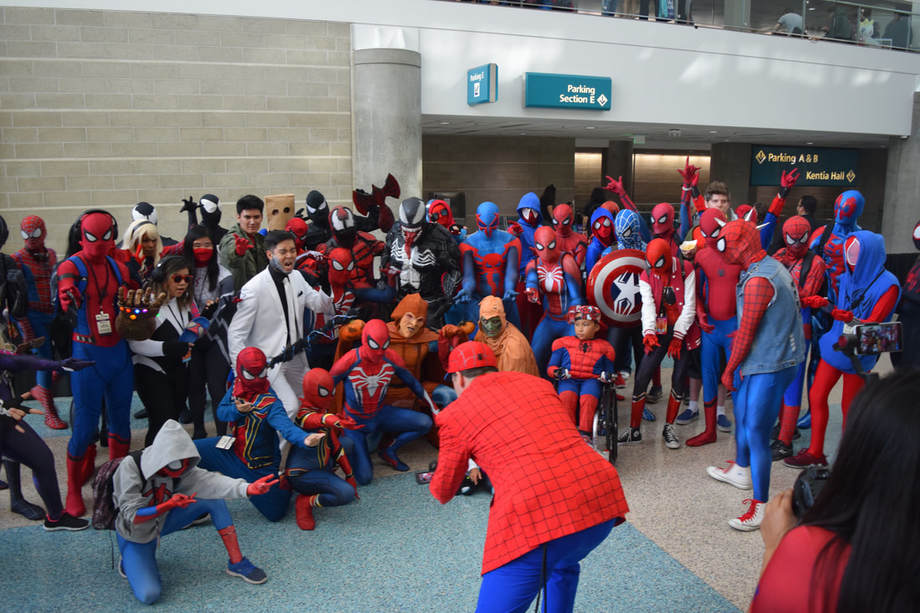 Overview of the First Floor 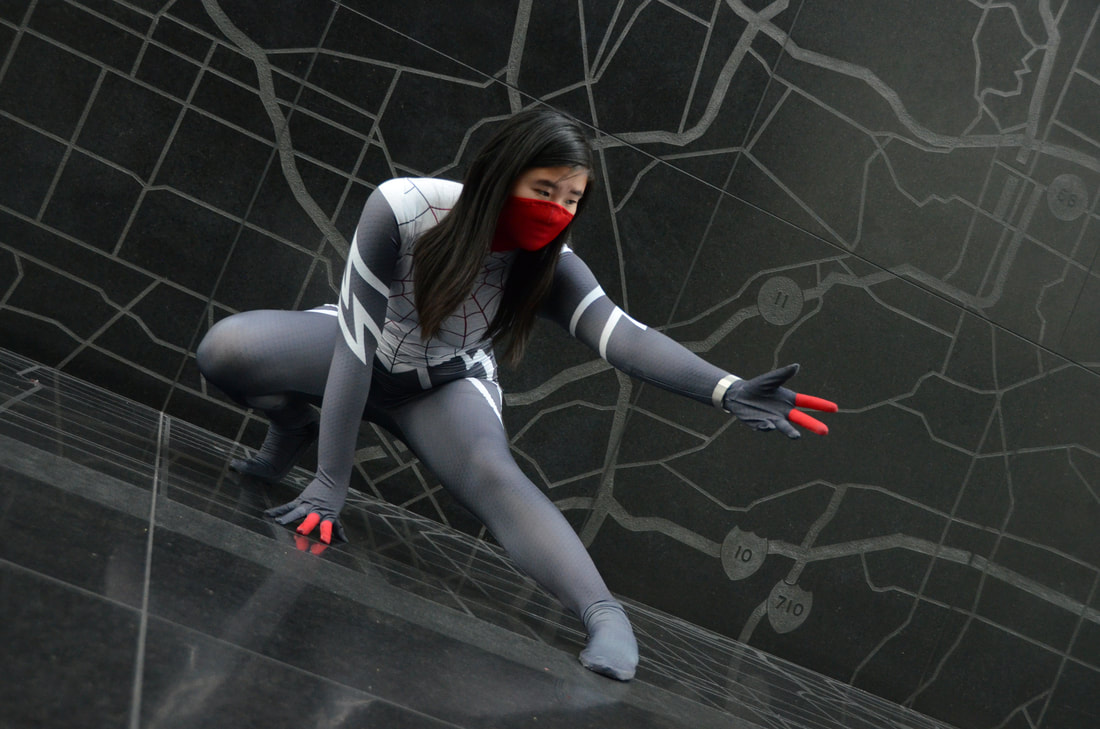 "Although cosplay is challenging in many ways, including the construction itself, as well as attempting to not get heatstroke because you are wearing fur on a 100 degree day in the sun waiting in line, there are many reasons that people keep coming back."

​I strongly encourage anyone who hasn’t yet to try the art of cosplaying even if it is something you grab out of the closet. It is a truly fun experience and it definitely yields some awesome pictures.
Checkout all the cosplayers!!
@Rogue_Jedi99
@Kirito088_Ark
@gbird125
@emuhlurr
@Phanie 726
@Unlucky_Criminal
@Jimmyjamsfarm
@Rage_Goddess (aka ME!)