Written by Bianca Alvarado
Moving to LA to pursue a dream of making it in entertainment is nothing new. However, it takes a lot of hard work to make those dreams come true, and no one works harder to make it than rock band Lip Candy. Having moved to LA after graduating college less than a year ago, they have been working nonstop to spread the word about their band all around LA. At every rock show around town, they’re probably outside the venue handing out flyers or stickers to people in line. This is how I first them, and even though I’ve met plenty of bands outside venues, Lip Candy stood out. With their drive and personalities, I know they will take over the world someday. So when they agreed to let me interview them, I was beyond excited to talk about what they have planned, where they came from, and how their new life in LA has been. 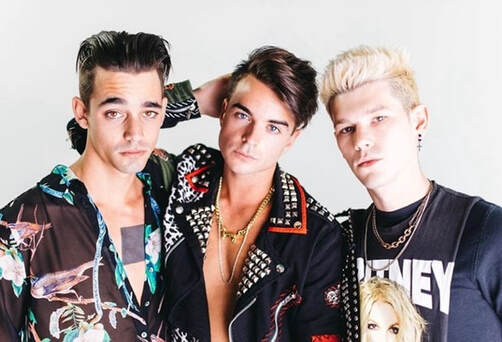 Photo by Brennan Peirson
First things first, Who is Lip Candy? and what should people know about you when they discover you for the first time?
Lip Candy is a three-piece rock band that consists of Thomas Goetz, Philip Dion and Alex Feuer. People who are just now learning about us should know that we are three kids who are insanely passionate and insanely good at what we do. We just love rock music and we want to be the new face of it.

Tell me about your origins in New Orleans, How did you guys all meet and what made you want to start a band together?

We all attended college in New Orleans, Louisiana and kept running into each other outside of local rock shows. We instantly clicked and decided to start playing shows and start making music together. The three of us were kind of just drawn to each other. We all admire each other’s style, vibes, and musical abilities.
You guys seem to be doing great with promoting yourselves both online and in person, What advice would you give to someone who is just starting out in music and wants to build an audience?

My advice to people starting out would first and foremost be to just keep going and expect things to take time. It’s all about patience. Figure out what ways of promoting yourself work for you the best. Experiment, and keep it genuine.
​
You guys have accomplished quite a lot, tell me what you’re most proud of and why?

I think we are just most proud of the fact that we have done just about everything so far independently. We fund our own careers through the day jobs we have. It’s all legit. We aren’t some gimmick that a bunch of rich corporate people at a record label put together. We made Lip Candy by ourselves.
​ 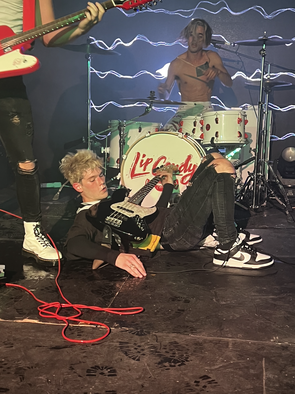 Photo by Bianca Alvarado
​Tell me about your most recent release ‘Str8jckt’, what was the process of writing it and filming a music video for it like?

We wrote it in the bedroom studio at our producer Blake's house in the summer of 2019. We wrote it about being trapped in the kind of toxic love that holds you back rather than makes you happy. Shooting the video for it was such an awesome experience. It took about 7 hours and we rented out a warehouse studio in downtown LA where we shot everything.

​Are there any collaborations have planned? If you could choose any artist to collaborate with, who would it be?
We don’t have any collaborations on our upcoming EP because we wanted to show off the music we can make completely on our own. However, we have some collaborations planned for songs after this EP;) If we got to choose anyone to put on a Lip Candy song, it would be people like Awsten Knight, Yungblud, MGK, 5sos, Kellin Quinn just to name a few.
Finally, when can we expect new music or an album from you guys? Feel free to use this to promote anything you guys want to bring attention to.

​You can expect our debut EP to arrive sometime this summer!! Most likely June. WE CANT WAIT FOR YALL TO HEAR IT. We do have one more single we’re gonna drop before we release the whole EP so be on the lookout for that too :) THANK YOU 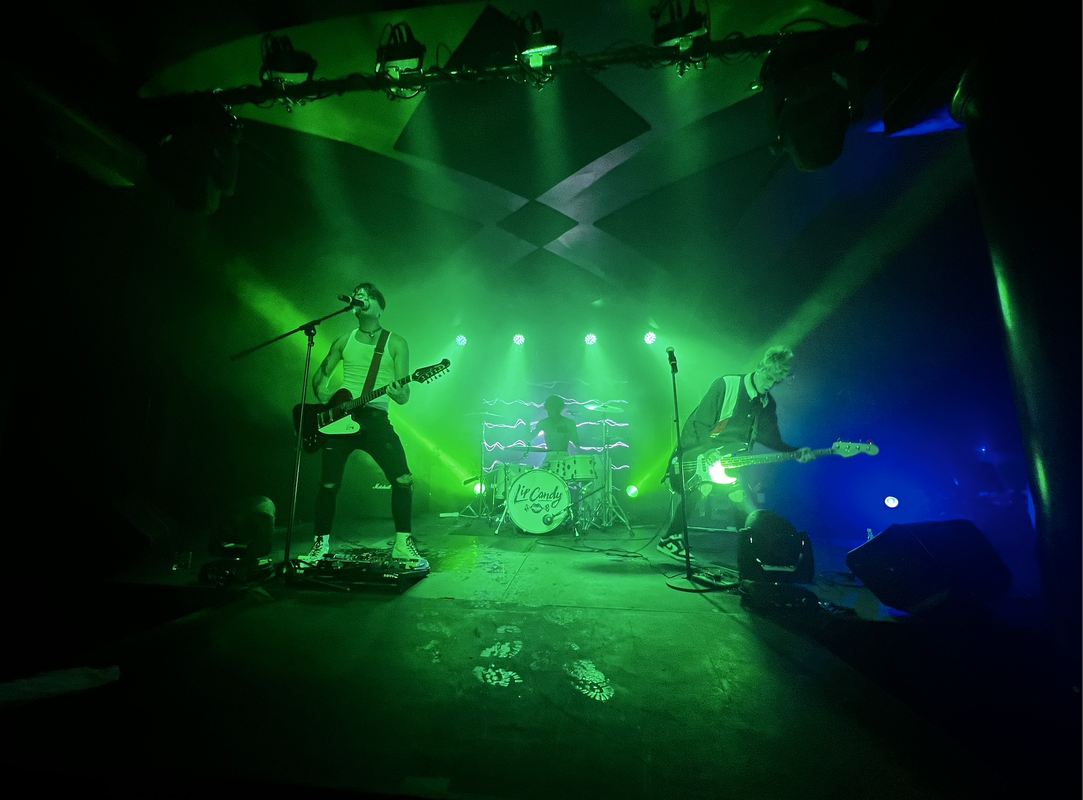 Photo By Bianca Alvarado
I feel honored to have interviewed an up-and-coming band like Lip Candy, and I cannot wait to see their success (and brag about how long  I have been listening to them). It’s always been clear to me how hard Lip Candy is willing to work to make their dreams come true but to hear about it from them directly and the passion they have for it, absolutely confirms they'll make it big someday . Please make sure to check them out using the links below and make sure to listen to their EP Where Did All The Bands Go out this summer!