The Many Faces
​of Maria Olsen 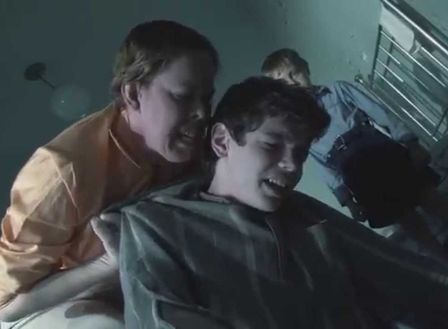 Photo courtesy of Maria Olsen
She has what some people would call “One of those faces.” Maybe this nice lady was the woman in line at the bank who flashed you a polite smile, maybe she held the door at the gas station for you last week? No, wait a minute! Could she be the sadistic headmistress of the horror film, Gore Orphanage? Was she the crazed schoolteacher fury who jumps off a scaffold in Percy Jackson & The Olympians? Or was she the mental patient in a dark and dingy psych ward of American Horror Story: Asylum?

She is Maria Olsen, a veteran character actress, who stars in 170 movies, TV shows and web series, and she specializes in horror movies and dark indies. Olsen hails from a small town in South Africa, miles away from the South African film industry and light years away from Hollywood.

A natural performer, Olsen has been onstage nearly all of her life. After being enrolled in dance classes by her mother at the tender age of 6 she made her way to the theater in her early teens. Olsen had been bitten by the acting bug, an interest that was only fueled by strong exposure to strong female actresses such as Jane Fonda, Jodie Foster, Kathleen Turner and Sigourney Weaver. Olsen recounts:“Jane Fonda was playing a psychiatrist in Agnes of God, so I wanted to be a psychiatrist. Kathleen Turner was an author in Romancing the Stone, so I wanted to be an author. Then it dawned on me, that I wanted to be an actor and be these women in these different films.” It wasn’t until 2005 that Olsen made her leap to LA to pursue her dreams of the illustrious silver screen.

"I play a lot of very layered, and intense women who do really bad things for good personal motivations." 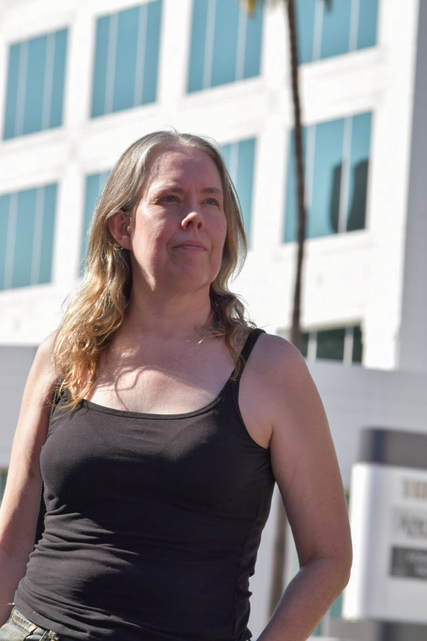 Upon arriving in Los Angeles, Olsen quickly made the rounds in her familiar home of the theater. “When I got to Los Angeles, I was here for about a year doing theater. Then it hit me one day, that this is the film capital of the world, I’ve always wanted to be in films so I had to swallow my fear, just do it, and see where it goes…so I did it! I may not be exactly starring in anything just yet but I’m doing a lot of independent films which I love and I’m having a wonderful time doing it."

With years of theater experience under her belt, Olsen found and honed her strengths as a skilled character actress.

​“Being a character actress, I don’t usually have big roles in films, I have smaller roles.” This unique skill opened up many doors from Olsen in the independent, thriller, dark, suspense and horror film genres. Olsen’s intensity coupled with her love of complex and emotionally driven characters has proven to be one of her biggest attributes as an actor which has in turn earned her roles in well over 150 films, television shows and web series.

"I play a lot of very layered, and intense women who do really bad things for good personal motivations. To my character in I Spit On Your Grave Deja Vu it makes perfect sense as to why I do the things that I do, they are horrible things that nobody is going to enjoy me doing. But as an actor, it’s my job to make whoever is watching share some of my mindset as to why I do the things I do, if not root for me. That’s what I aim for!”

Throughout her diverse career, one particular “market” has escaped Olsen... the film industry in her home country of South Africa. Olsen confesses “I would love to return to South Africa to work!” Despite her extensive geographical background, Olsen has only had a few chances to play South African characters…two chances to be exact.

​ “It’s little known but when I act in U.S. films, I always have to think about my accent. I have to try and blend my voice to not sound so weird, its just an extra task that I have to deal with. But when I’m playing a character with a South African accent, I don’t have to worry about that and it’s that much easier. In African Gothic, I got the chance to play an Afrikaans character, since Afrikaans is my second language I was able to translate my lines and perform them in the language, which was interesting. In The Bone Box, my character was also South African and it was absolutely wonderful to be able to slip back into my normal accent and be relaxed about my approach. When playing characters who are totally U.S. it can be difficult to sound 100% pure all the time, especially when playing super emotional scenes. Its often the last thing to go through my mind, wondering if I’m pronouncing this word correctly. It can be really difficult sometimes.”

​Sadly, another small issue that Olsen faces as an accomplished actress is the issue of type casting. ​ 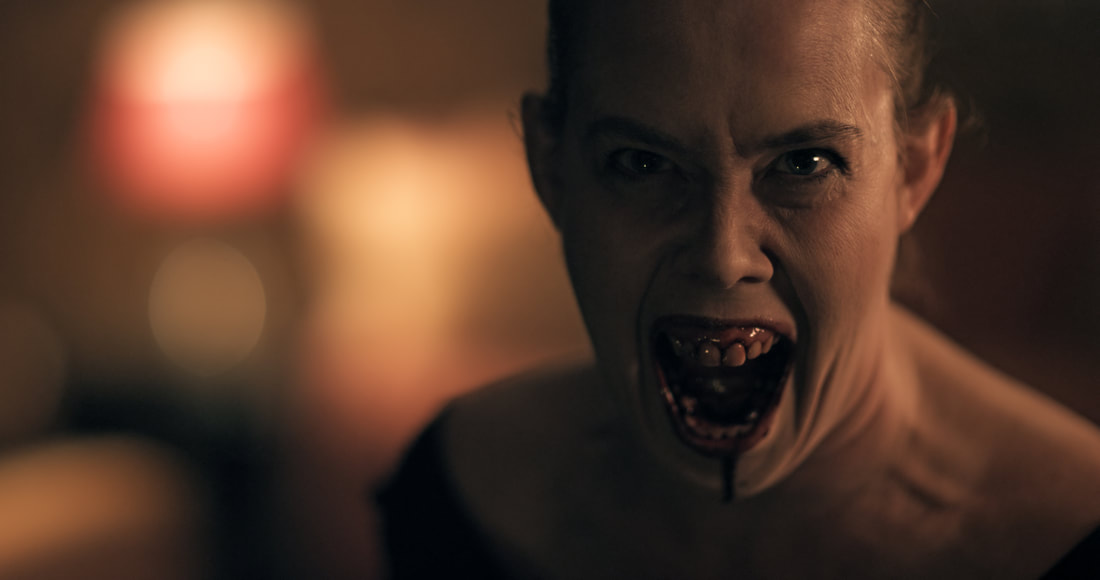 "I’ll never be able to play a soccer mom or do a romantic comedy genre. I’m just not made for that, I’m way too intense. I try to downplay it on screen sometimes and it just doesn’t work." 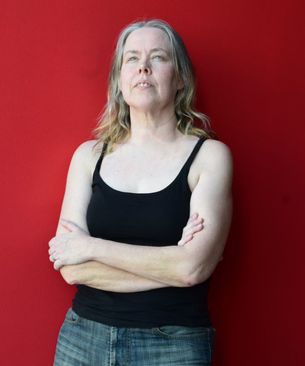 Olsen opened up about her specific strengths as an actor, expressing: “I’ll never be able to play a soccer mom or do a romantic comedy genre. I’m just not made for that, I’m way too intense. I try to downplay it on screen sometimes and it just doesn’t work. As much as I would love to explore that and as much as that is in me as a person, I’m never gonna get to play that on screen. Physically, it’s very different though, I would love to play a paraplegic or a mentally challenged person. That would be really interesting to work on and figure out how to communicate if you can’t just speak. I’ve even had at least two big supporting roles where I didn’t speak and I just loved those roles. I have to figure out how to communicate and my head isn’t all caught up in wondering if I’m saying the words right, it’s very freeing.”

Despite Olsen’s unique path and achievements in the acting world she still loves her craft and wishes to develop it even farther. When asked about her dream role, Olsen referred back to her previously mentioned love of layered and intense women.

“There was a project that I was trying to get off the ground and I would love to pursue at this specific moment. It was a period piece set in the civil war, it was about the life of Mary Surratt. She was the mother of one of the boys who helped John Wilkes Booth get to Lincoln and everything that she went through. She was arrested for the crime, she was hanged, she was the only woman who was hanged for the crime, and while she was in prison she got cancer. It’s just this incredibly intense role about right and wrong, good and bad, love and hate, I would love to do something like that! That would be so amazing!”

In stark contrast to her dark and often times off-beat characters she so often portrays, Maria Olsen is an utterly lovely and intelligent woman, who uses her finely honed skills to add humanity to monsters. Yes, you may have seen her before and if you haven’t yet, I don’t doubt that you will someday soon.

"As an actor, it’s my job to make whoever is watching share some of my mindset as to why I do the things I do, if not root for me. That’s what I aim for!”