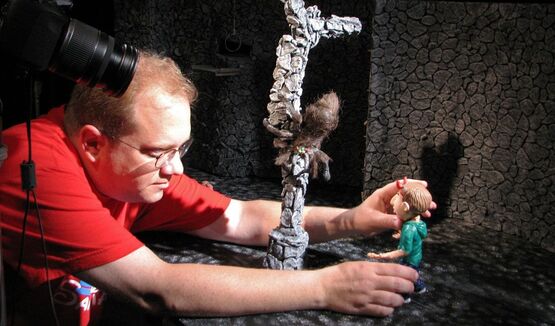 It was 7:29 P.M., a fairly chilly evening on campus and I was heading towards the patio close to the library; my most favorite place at Woodbury. At this special type of night, I saw my interviewee, Matt Manning, walking out of the library heading my way toward the patio.

I was glad that he was willing to do an interview with me before he leaving to Connecticut.  Manning is a professor here at Woodbury University who also still teaches Film and Animation classes on the East Coast and is a freelance animator.
The first question I asked him was how long he has been animating for. He replied, “I have been animating since I was a kid. My high school had a film program and I was part of the workshop classes such as wood shop, metal shop, electronics, auto shop, and filmmaking.”

Luckily for him at the time, he mentioned that the person that encouraged him to get into animation was his teacher who happened to be an animator for visual effects. Manning studied film in Cal State Long Beach and graduated in 1990. In his professional career, Manning has worked for various smaller studios. He moved to Los Angeles to help his friend on a short film and eventually got a job to create a short for Robot Chicken called:  "Autism Speaks – My Name Is David".

Autism Speaks – My Name Is David
Is stop-motion the most difficult form of animation?
"Well, to be honest, it depends on your experience with stop motion. For some people, it is easy for them while others, it's extremely complicated. What I can tell you are common things people may find difficult to do in stop-motion, but it doesn’t really apply to everyone. When it comes to filming, there is no going back afterward of changing things, you have what you have after filming and creating your work; I’m referring to the frame by frame in your work.” He added, ”When animating, you have to animate at the same time with the audio. You sit with your assistant and you pick up all the mouth shapes that are going to make the sound that corresponds to what the character is saying. On the other hand, Robot Chicken uses mouth stickers so they don’t have to mold out thousands of new faces for the characters like what some studios like Lakia do.”

"What I can tell you are common things people may find difficult to do in stop-motion, but it doesn’t really apply to everyone." 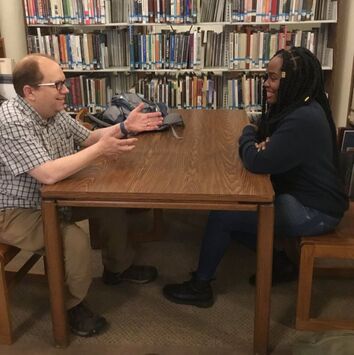 What advice would you give to someone like me who wants to get in to stop motion animation?
Manning cheerfully explained to me, “I would say before your first project, because you’re interested in stop motion, you have to really motivate yourself. Be excited, energized within the topic that you choose for your assignment so that you can become unstoppable and excel in it! For example, say that your first assignment is a music video.  Find a song that you know and can listen to over and over and over again without driving you mad so you can use that while creating your project.”

"Work with the media that you will feel comfortable with, like, if you are not good at sculpting, don’t do clay animation. However, you can try instead... paper cutouts, legos, or even just moving random objects around. Work with anything that you are the most comfortable with and you will be fine.”

In the middle of our interview, mother nature interrupted us with rain which nearly ruined my notes and recorder. Luckily for us, the library was still open and so we continued our interview in there from that point on.

"Be excited, energized within the topic that you choose for your assignment so that you can become unstoppable and excel in it!" 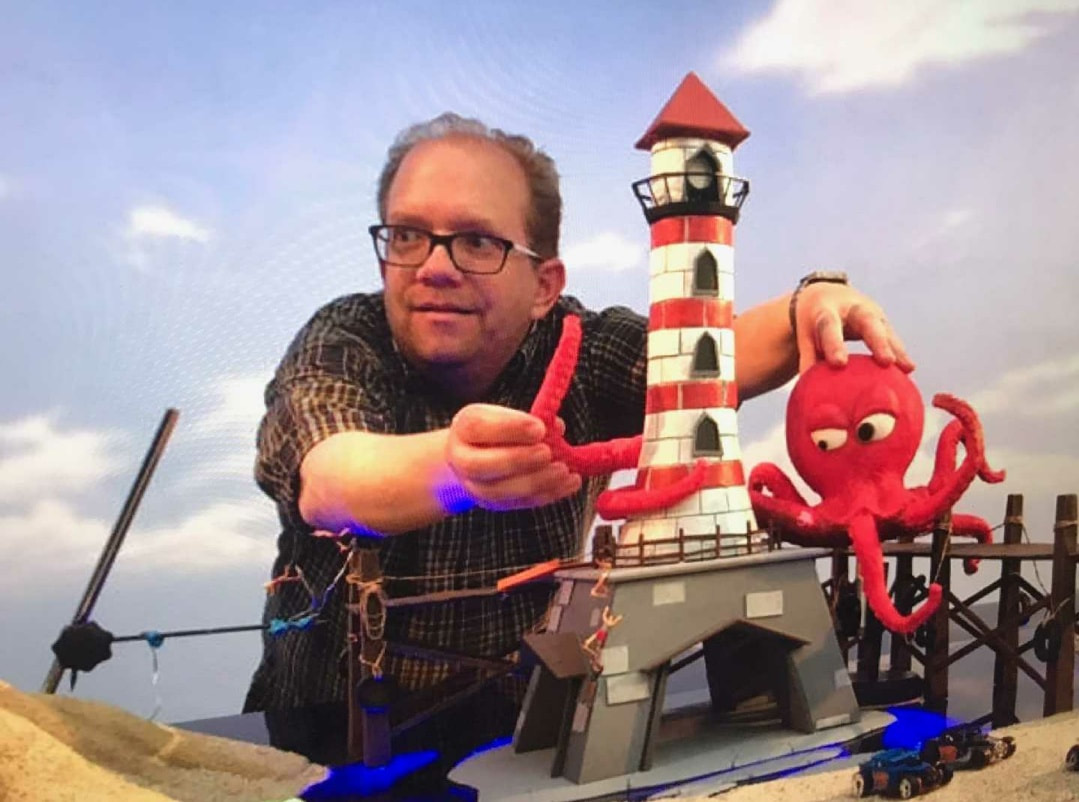 Matt Manning filming for a commercial.
Do you have any short term or long term goals?
“I am currently moving across the country with my wife so we can find a new community outside LA since we are already familiarized with the LA community, which is pretty small. Doing that will increase my chances of finding more industry work, that’s why I am heading back to Connecticut tonight."

"Work with anything that you are the most comfortable with and you will be fine." 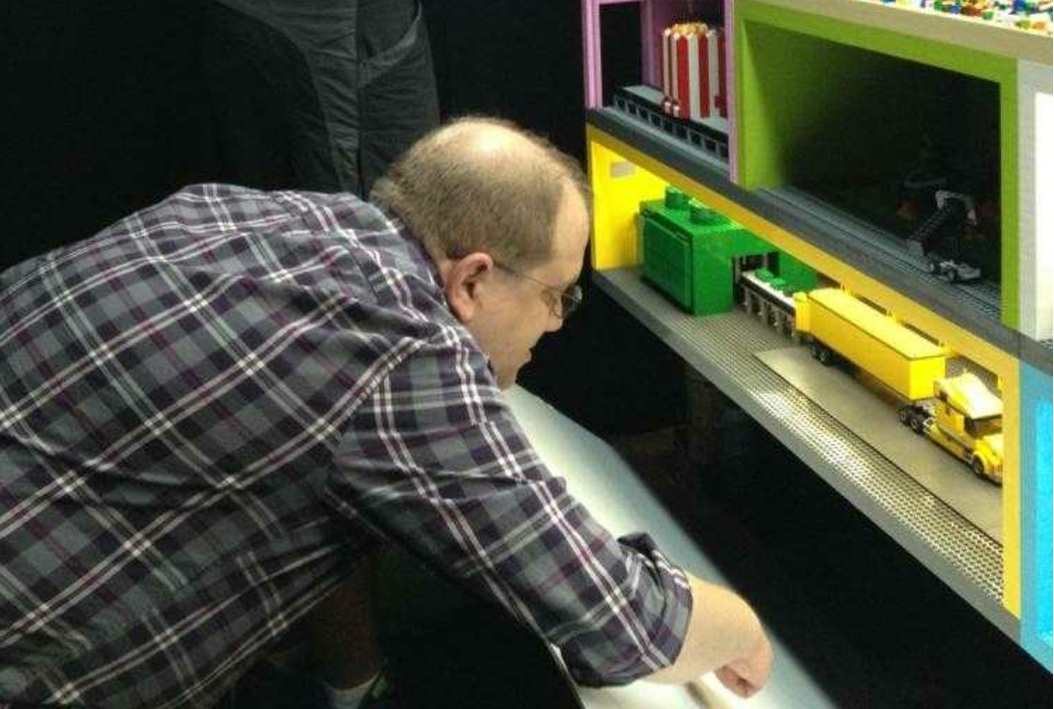 ​Do you think 2D animation is dead?
“I do not,” he explains, “[2D animation] goes in cycles just like stop motion. The market may get saturated with it and people will lose interest within that media until another big thing like a commercial on television or a music video that encourages people to get into 2d animation, but the consumers get tired of it and the ratings drop down again.” We then discussed briefly the overseas assistance within animation companies. To my surprise, stop-motion is actually difficult to be outsourced because usually, everything has to be made individually. At the end of the interview, Manning made a simple closing statement, “It takes patience.” 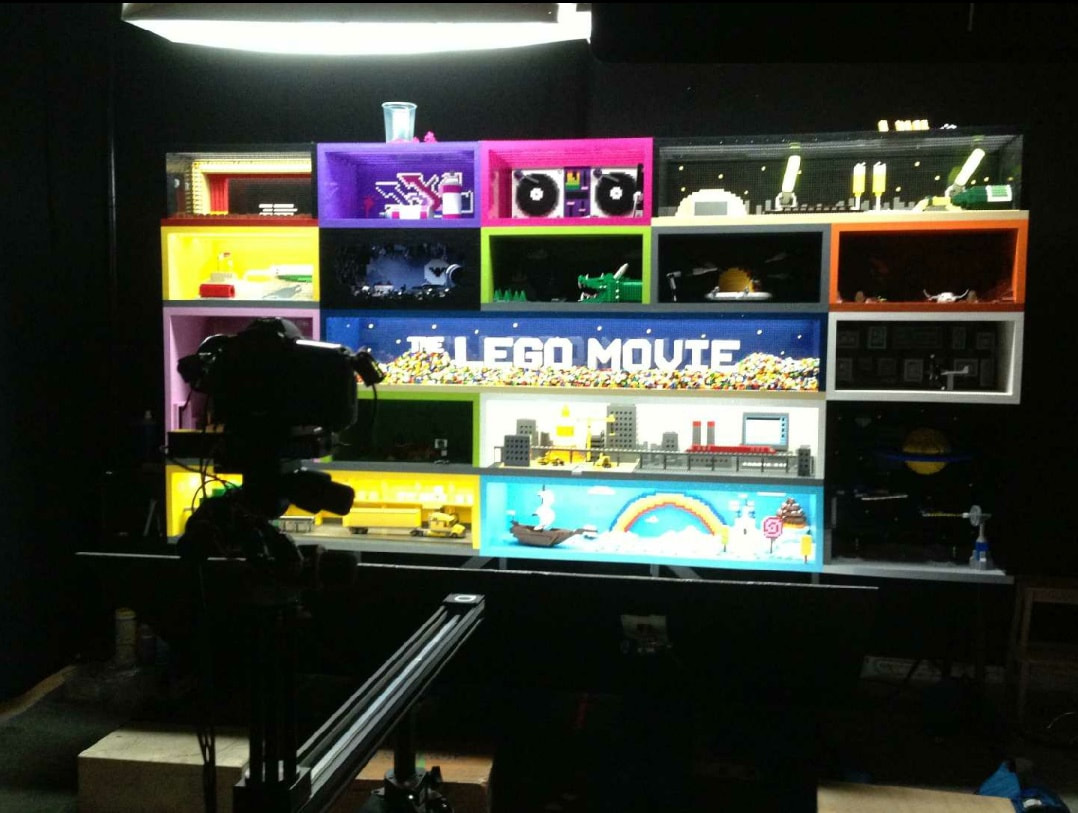