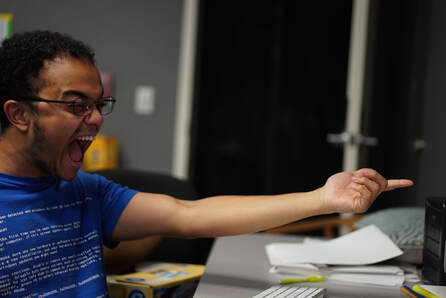 ​You open the door to your room, it creaks open as you stare at the darkness of what you call home. You turn on the light only to be blinded by a brightness stronger than the sun. You turn it off, and retreat to your desk with a cheap bulb you bought at the 99 cent store. You open your laptop, turn it on, and while the bright gaze of humanity’s progress stares at you in the face, you’re presented with two options.
​
You can log onto Google Docs and start writing the essay you’ve been holding off for two weeks, or you can go onto your favorite site and find pictures that will ease the pain faster than crying your eyes out on your laptop will. The correct option is clear, why pick sadness when you can pick laughter and good times? With how we've grown up with social media and how it has exposed us to so much information overload, sometimes the world just becomes too much, and the cure, is a simple meme.
Memes are the lifeblood of culture, and the types of memes we like depend on our mental state. Hoyle Leigh, the writer of Genes, Memes, Culture, and Mental Illness: Toward an Integrative Model, put it best when she said, “Depressed mood, cognition, and behavior are memes that can be imitated and feigned, and serve a communicative purpose. They draw attention to the helplessness of the individual and may elicit support and protection by others.” What this is saying is that sometimes our love for certain memes are actually our brains trying to find ways to express how it feels without us realizing it. So, what is a meme?

A meme can be described by a quote from Richard Dawkins, an ethologist, biologist, and author, that reads like this: “Memes (discrete units of knowledge, gossip, jokes and so on) are to culture what genes are to life. Just as biological evolution is driven by the survival of the fittest genes in the gene pool, cultural evolution may be driven by the most successful memes.” ​

“Dark memes, for certain people struggling with mental illness, can be instrumental in trying to effectuate a conversation about how they feel. It also allows them to feel they are not alone in their struggles, though admittedly dark memes can run the risk of trivializing mental illness.” - Abe Dittu​, psychology student 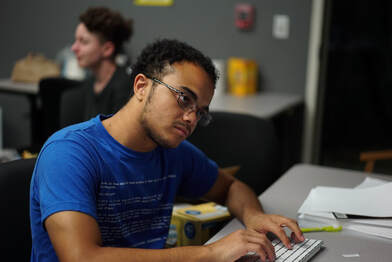 I conducted a survey with a small sample size via Google Forms. This is a small survey, so it’s obviously not reminiscent of the entire world, but it still revealed some interesting correlations between the types of memes people like and their mental health issues.
​
According to the small survey, of which only 25 people were polled between the ages of 19-23, the majority of people who chose Dark/Edgy and Surreal also had an anxiety or mood disorder (it wasn’t made clear whether this information was self-diagnosed or diagnosed by a doctor, it didn’t feel right to ask). People who said they had no disorder at all were more spread out, having their spots in Current Events, Surreal, and Dark & Edgy.

3.8% of  the surveyed people liked Wholesome and Dad Jokes, which makes me wonder a bit about the human condition and why we gravitate towards the darker and weirder memes, or maybe it’s just a testament to the age group and type of person surveyed. Do the darker memes attract us more because we're so stressed about our lives that hearing the edgy memes provide much-needed humor? Or are the surreal memes attracting us because they’re so strange and so convoluted we have no choice but to laugh because it pulls us away from the worries of the real world for a moment? We will never know for sure, but what we do know is how these memes make people feel. 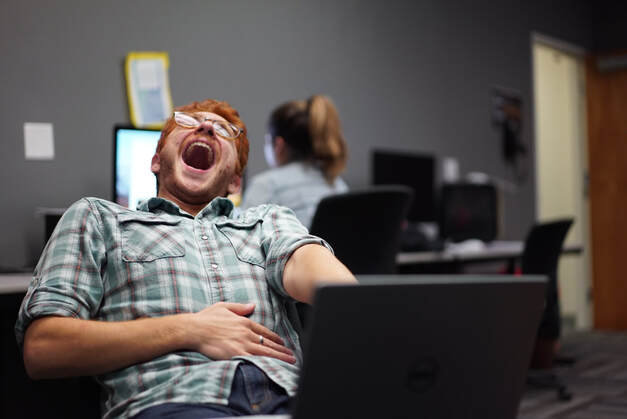 "To me, I see memes as becoming something the people collectively congregate around and relate to, it helps us realize that we aren’t alone in this world and our troubles are actually common.” - Unnamed Respondent

A majority of the other respondents said this very same thing that not only are memes funny, but sometimes they poke fun at our own lives, and yet sometimes they hurt a bit because it hits a little too close to home.
​
​​The memes of today have each made themselves their own little community, with their own little following of people who enjoy that type of humor. People can connect and even relate to these random pictures other people have made in Photoshop in two minutes. Memes are the lifeblood of culture, and in today's internet era, they can be spread faster than culture has ever been spread before. Don’t get too lost in the sauce reader, have a good one.

If you’re interested in this topic and can stomach the academic writing style, there is a book available on Amazon right now that talks about this subject and much more, it’s called Genes, Memes, Culture, and Mental Illness: Toward an Integrative Model.
https://www.amazon.com/Genes-Memes-Culture-Mental-Illness/dp/1461402395