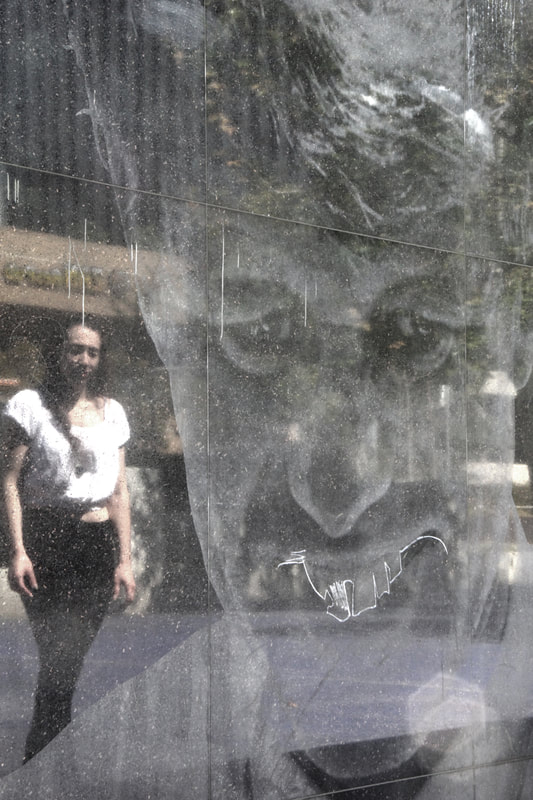 The Graffiti on RFK's face
When people think of our Presidential families they think power, high class, and respect. When people think of Los Angeles, they picture red carpets and golden paved streets. So you would imagine a presidential memorial, in Los Angeles, would be well kept and respected. Even though a city, and family, might be world famous and loved by millions of people, they should always take into consideration that appearances can be deceiving. Not all our historical figures are given equal attention and respect.

Potential Democratic Presidential nominee Robert F. Kennedy was shot and killed in Los Angeles. A memorial park, outside the Ambassador Hotel, was created to honor his legacy.

Robert F. Kennedy, who was the brother of president John F. Kennedy, was running for president in 1968. He was campaigning in California in the end of May through the beginning of June. The majority of his voters were minority groups including Hispanics and African-Americans. On June 5, Bobby went to deliver his victory speech at the Ambassador Hotel. As he finished his speech, he entered the kitchen to shake hands with the workers and as he was finishing the handshake, he was shot by a Palestinian named Sirhan Sirhan. The country was devastated that another assassination occurred just two months after Martin Luther King Jr.'s. He died the next morning and forever left a void of a Democratic nominee and became one of the biggest “what ifs” in history.
​
​The Ambassador Hotel was one of the most glamorous places in Los Angeles. It catered to the biggest stars of the Golden Age Era including Norma Shearer, Clark Gable, Lionel Barrymore, etc. Yet over the years it had been in decline. In 2006 it was used in the film Bobby before it was planned to shut down. The hotel has now transformed many of its parts into a Community School named after the fallen idol.

Barsuren Battugs at RFK Memorial resting on a bench
In front of the closed down Ambassador Hotel, they have an open park named “Robert F. Kennedy Inspiration Park.” In the park, the first monument you see is an excerpt from his "Ripple of Hope" speech. Behind that, you see a photo of RFK looking down next to another excerpt from one of his speeches. On the other side of the photo, there are other related quotes about overcoming inequality including Maya Angelou and Cesar Chavez. There is detailed architecture on the stairs surrounding the park. They craved a ripple shape into the aluminum to create a shadow of the ripple on the floor. Yet this park, to my knowledge upon arriving there, is completely separate from the hotel.

​When I was first going to the park, I thought it was going to have at least some kind of access to the hotel but it was completely cut off. We tried going around the facility but there was no entrance to be found except a gated place, which was mysteriously opened, stated NO TRESPASSING! I was disappointed with that. Plus, it was on a Saturday so we couldn’t even visit the school to ask any questions about the place. When I went up to the Bobby picture, I actually grew upset with what had been done to him. I'm used to graffiti in LA, but some imbecile decided to write a white outline around his teeth. There was a lack of respect for the man who was shot here. In front of the memorial, there was a description of the hotel which was unfortunately in disrepair. Around the hotel, the neighborhood looked run-down and I felt a bit intimidated walking on the streets. I like how they named the school after Bobby, but I wished they had more of the original location for the public to view the classic hotel. 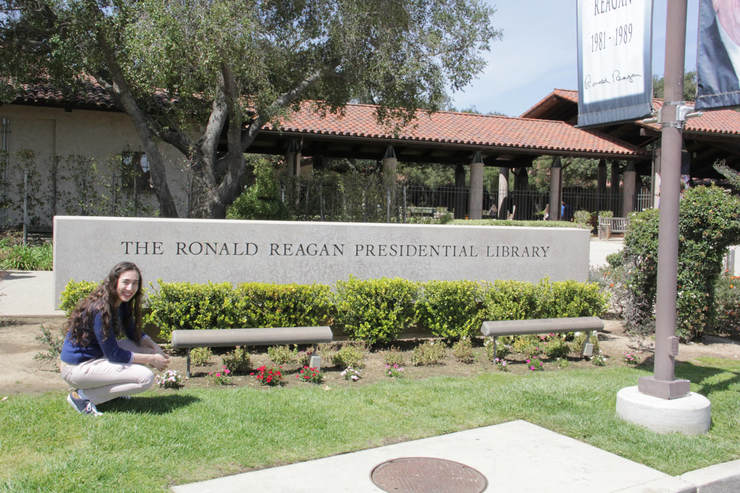 I had somber experience visiting the site that is dedicated to my hero. I wish people would renovate around it and care more about the history. ​It breaks the illusion of how Los Angeles should be; a cleaner and a bit more glamorous place. ​ 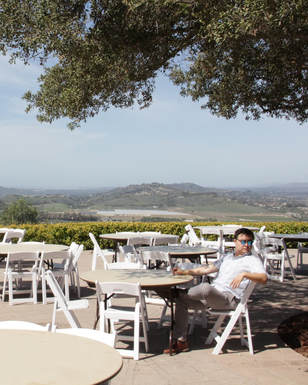 Bar Chilling
Overall, the memorial was a nice place to celebrate Bobby’s legacy but the surrounding area was not what I expected. The atmosphere was peaceful inside the park but outside of the facility felt a bit more industrial and dirty. There was a street dedicated to Robert Kennedy which was a nice touch.

This was a stark contrast to the other memorial we visited, which was the Ronald Reagan Memorial. There was such a such a difference in atmosphere and respect. First, this memorial was located in Simi Valley, rather than the unkempt area in downtown LA. This memorial was located on top of a mountain which supplied the visitors with a beautiful view of the city which included Spanish styled buildings, a minuscule freeway, and a castle looking building. It was so gorgeous. ​

When you first drive up the mountain, there are banners showing every president. The parking was free. There was this beautiful garden in the entrance where we saw a cowboy statue of Ronald Reagan.  I found out later that people actually have donated to this place for it to look this nice. It is also a library and museum, which we didn’t get to look into. We went around to just check out the memorial. 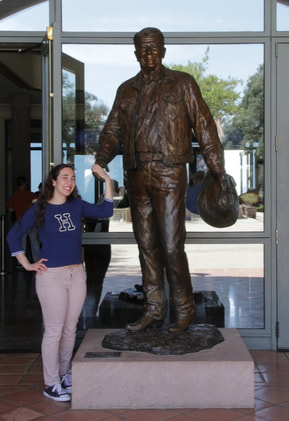 Julissa and Ronald
There was a copy of the front lawn of the White House there which makes it more beautiful. There was a bronze bust of Reagan’s head and there was a piece of the Berlin Wall. What we eventually discovered was both Reagan and his wife, Nancy, are buried there which explains more why this memorial is kept in tip-top shape.

What's upsetting is that this place is so over-the-top beautiful, yet The Robert Kennedy Memorial in downtown LA is the utter opposite. I feel the Kennedy family should donate to his memorial in order to renovate. Maybe not like the Reagan memorial, but something a little more respectable.

The Reagan memorial had such beautiful scenery that you couldn’t get your eyes off of it. Walking up that mountain you feel like nothing can stop you. There should be a way that Bobby can get that kind of respect in LA.

​To me, Bobby was such an inspirational figure and continues to be my idol. He truly cared about the dispossessed and was willing to help the most he can for his fellow man. I wish he had lived to be president, there would have been no Watergate!
If Bobby had lived, we would be in a better shape as country than how we are as a nation today.    ​