Out Of This World 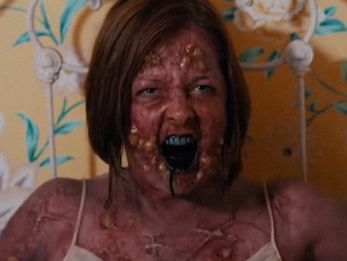 Monica Engesser in The Covenant
Wearing a lace blue top and bohemian necklaces, Monica Engesser does not come across as a person who has starred as a demon-possessed character covered in blood. The only indication that Monica has an affinity for the horror culture is the black jacket featuring a skull that she throws on when it gets a little cold. The setting for the interview, the Woodbury Library, is perhaps the ideal location for a horror actress. The eerily quiet atmosphere of the library, coupled with the Catholic church architecture and dusty books could easily be the setting for a thrilling movie.

​One class, Introduction to Theatre, completely changed Monica Engesser’s life. Growing up in a small town in Minnesota, Monica started performing on stage by the age of six. However, she did not consider an acting career until the age of twenty-four. When she entered the Psychology program at the University of Memphis, she still needed a fine arts elective. As fate would have it, this fine arts elective opened the door for Monica’s acting career. After earning a BFA in Performance Arts and interning at the Shakespeare & Company in Massachusetts, Monica flew to Los Angeles and started acting in horror films. Since her transition to L.A., Monica has appeared in countless films, dabbled in modeling, and performed stand-up comedy. Monica has starred in Krampus: The Reckoning, The Covenant, Blind People, and The Encounter. The most recent project Monica is working on is Crazy in Love, a web series about two people who fall in love, but both suffer from multiple personality disorders. 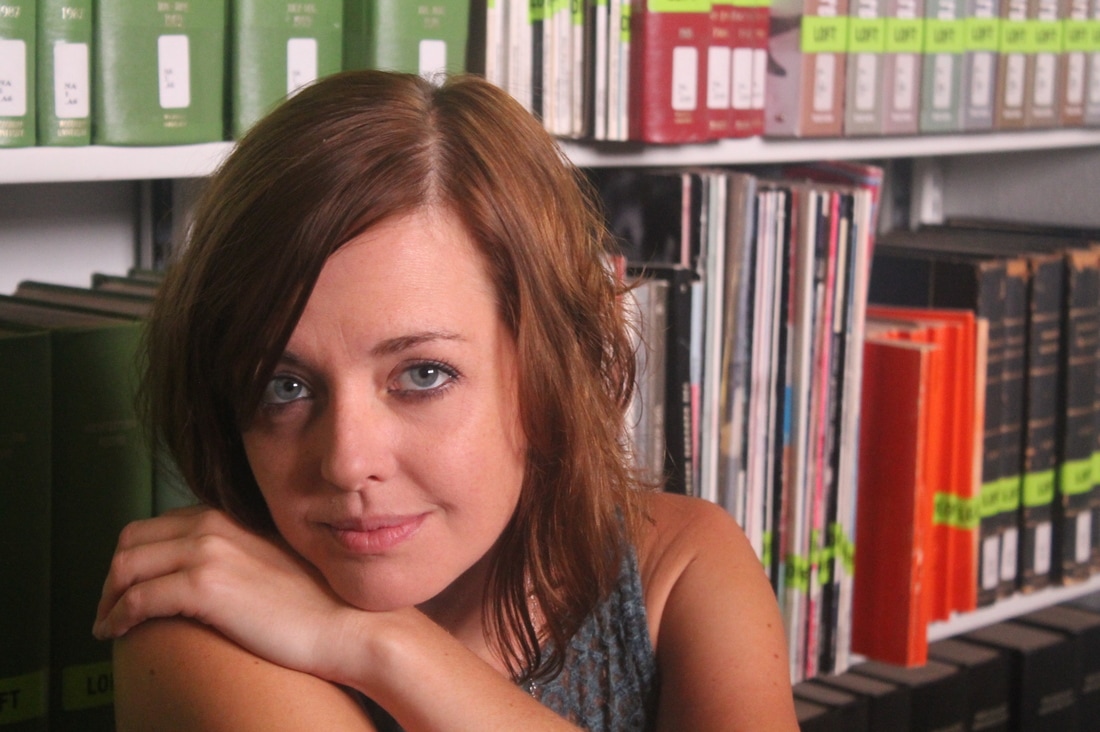 "People who create films are, for the most part, really fun people. Just reminding yourself that even with all the hardships of being an actor, I get to be paid for doing what I love to do."

Tell us about your web series...
"I have a web series coming up called Crazy in Love, and it’s about two people that meet and fall in love. They both suffer from multiple personality disorder, and their dominant personalities are in love but their recessive personalities absolutely hate each other. We’re hoping to start shooting next month. It’s a different sort of project than I’m used to, but it’s something I’m really excited about. From an acting perspective, the mental shift that is required is interesting. Since the actors are in the same bodies but play different personalities, it’s a unique challenge."

How do you keep yourself motivated, and how do you find acting work?
"It varies a lot, but I try to maintain a regulate routine of meditating. It helps a lot in maintaining the focus and motivation an actor needs in this competitive industry. Although the bulk of my work comes through networking, I am currently looking for an agent and a manger. As an actor, it’s important to maintain a reputation of someone who shows up on time, is easy to work with, and can
​perform well." 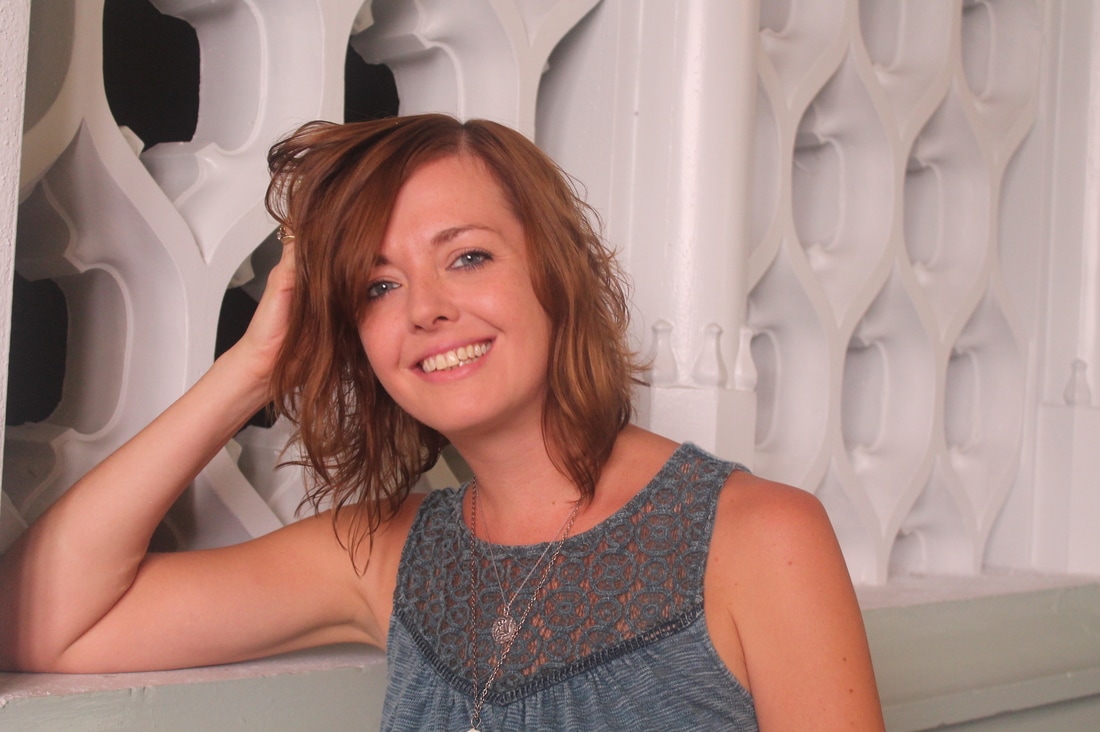 "As an actor, it’s important to maintain a reputation of someone who shows up on time, is easy to work with, and can perform well.​"

"You have to have the self-confidence to push yourself to get back into the business, as well as keeping yourself motivated to grind it out." 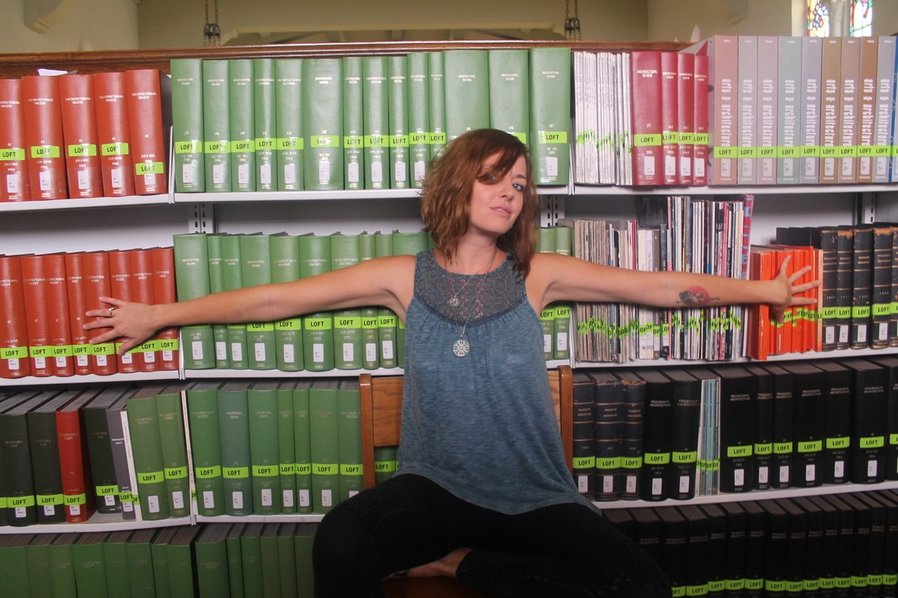 The theme of the 7500 Magazine summer edition is "chill". How do you remain chill during hectic shoots in horror films when you’re drenched in blood with demons?
"I love to read, and it reduces stress during frantic shoots. During The Covenant, I would read the Anne of Green Gables books. I normally don’t read young adult literature books, but for that place and time it was the perfect little escape. Also, just having fun on set chills me out. People who create films are, for the most part, really fun people. Just reminding yourself that even with all the hardships of being an actor, I get paid for doing what I love to do. It leads to my overall sense of adventure by playing different roles".

"(Acting) leads to my overall sense of adventure by being able to play
​different roles."​

Monica has come a long way from the small town of Spring Valley, Minnesota. The fine arts elective she was required to fulfill completely changed her life, and opened many doors for her career. 2017 is posed to be her most active year, and the upcoming webseries, Crazy in Love, blends her passion for acting with her earlier interest in psychology.