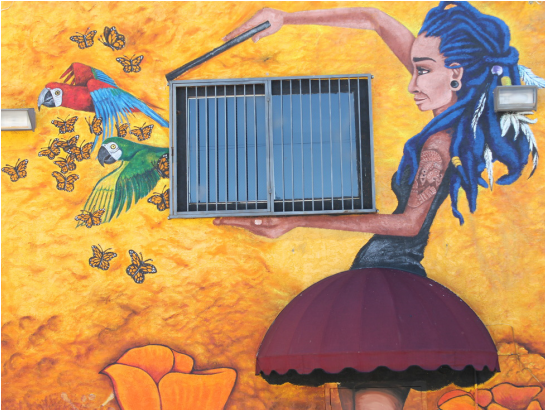 Decolonized by Kristy Sandoval
​​﻿
When people think of Pacoima, they tend to think of crime and violence, but Kristy Sandoval wanted to paint a different picture for people and the community. After studying at The Academy of Art University in San Francisco, she came back to the San Fernando Valley with a vision to bring more art to Pacoima in order to help its great culture. She began creating murals back in 2008, but started collaborating with well-known artist Levi Ponce in 2012. She created beautiful murals all along Van Nuys Blvd. called The Mural Mile.

Living in a city like San Francisco, she often walked through the streets filled with murals on her way to school. When she came back and saw her community lacking art, she wanted to make a change and started reaching out to local non-profits, youth groups, and proposed mural design classes.
After painting murals for many years, she was offered a wall by Levi Ponce to create something amazing. Sandoval created a new mural called Decolonized to honor all the women in the community who are Chicana-American and live two worlds in one, speaking English at school, but speaking Spanish in the home. The painting shows Coyolxauhqui, who is the Aztec Moon Goddess, on the female's arm. Sandoval says the mural was inspired by the idea of birds and butterflies migrating and how they're free to go as they please and pass the borders without being asked for passports.

Sandoval has painted many murals throughout the valley, but the one spot she has had her eye on is the noticeable blank wall on Pacoima Charter Elementary, which is the school she actually attended as a young child. Recently, she had the opportunity to paint murals in Turkey that made an impression on her. She painted a mural in Kadikoy with the help of Syrian refugee girls and although they did not speak the same language, they were still able to make art together. Sandoval continues to make an impact with public art by creating murals all over the world.

“It's about my experience and what I want to put out....Public art is for the public and I try to make it for everyone.” 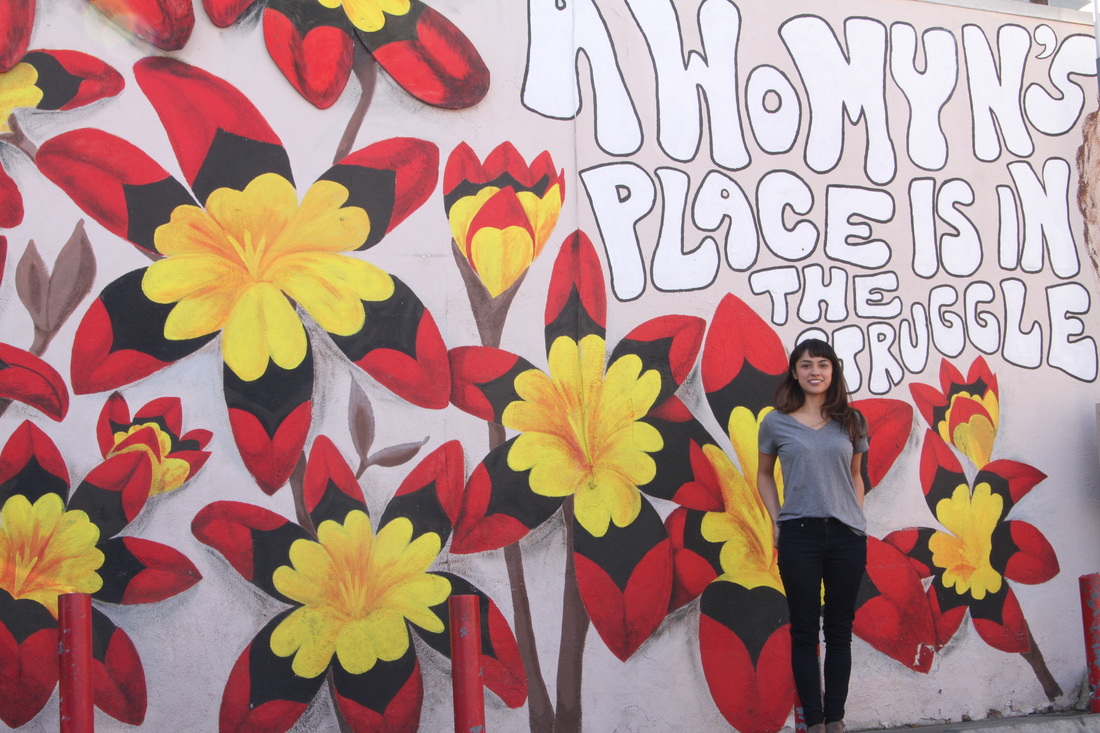