Written by Joshua Jones
Photos by Omar Abdujawad, Meg Shimizu, and Luis Garcia
As I drive through the urban of streets of LA, I see buildings, smog, graffiti, liquor stores and trash. What I really want to see more of is trees, mountains, blue skies and waterfalls. The hustle and bustle and bustle of everyday life is tiring and it leaves me wanting to get out and explore nature.  California is full of hidden natural gems ready for viewing. Here are Top 5 Nature Adventures within easy driving distance of Los Angeles. 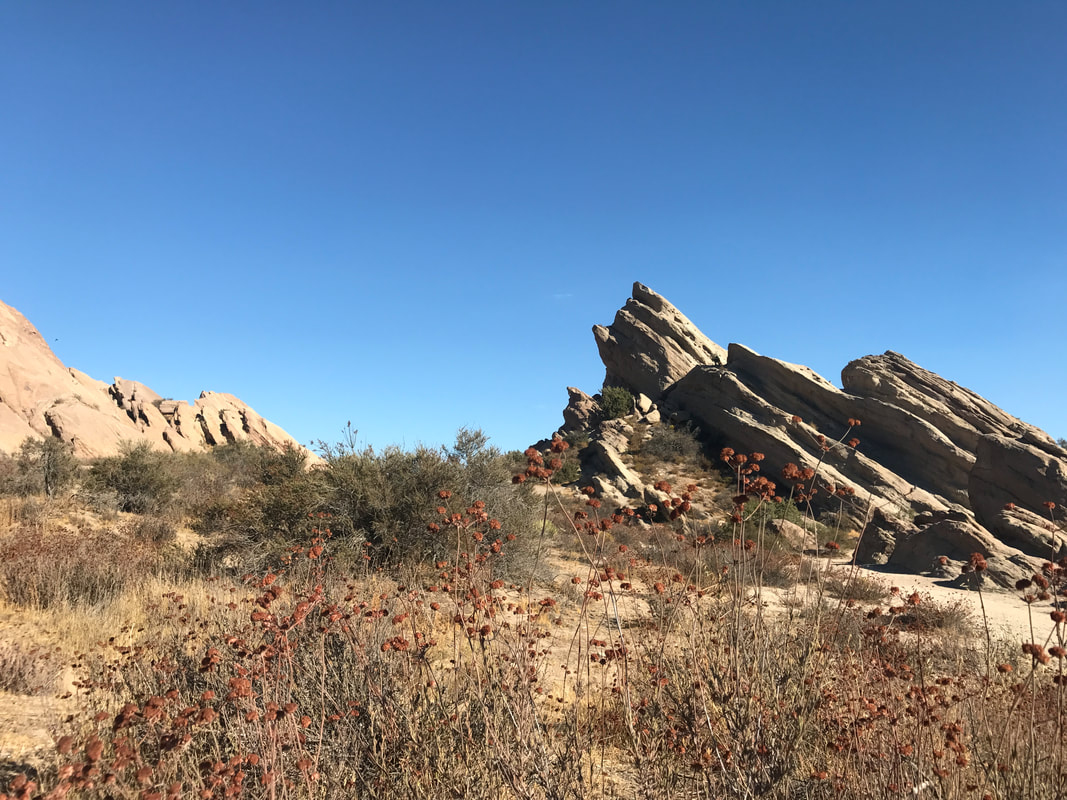 The adventure begins at The Vasquez Rocks. The Vasquez Rocks are located in located in Santa Clarita, California near the Agua Dulce Springs. It is a 932 acre area that features hiking, picnicking, and equestrian areas. The area itself has been used in many hit movies, television shows, and commercials. The Vasquez Rocks got its name because of the notorious bandit Tiburcio Vasquez who used the rocks to evade capture from law enforcement that were pursuing him in the the late 1800's. The name has since stuck. The park is normally open from sunrise to sunset except in certain instance where it is open until five or seven o’clock. Hiking here is astonishing, but a word to the wise: be careful because you could get lost. Hiking up the rocks is an adventure all its own. Being on top of them can make you feel on top of the world or make you feel small compared to all you see. With hawks flying around over head it can become like a sense from a movie. The best times to go in my opinion are when the sun is rising or right when the sun is going down. The way the light hits the rocks makes them appear as if they are glowing. Being at Vasquez Rocks is definitely something everyone should experience. Bring a camera and comfort and see all it has to offer.
​ 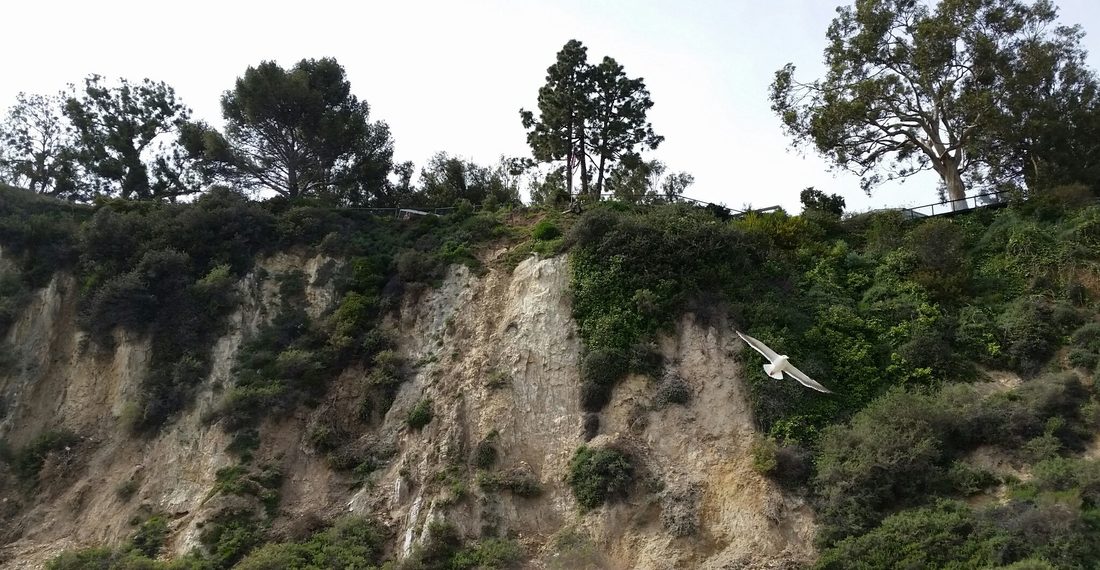 Point Dume State Beach is located in Malibu, California and isn’t far off the Pacific Coast Highway. Point Dume is a 63 acre area that encompasses three main beaches: Big Dume, Little Dume, and Pirate Cove. From the large variety of rare wildlife and plants to scenic trails and cool beaches, there is a lot to experience at Point Dume. You can bring your surfboard and hang ten, put on some scuba gear and dive deep, enjoy the creatures in the tidepools, hike along the trails, and even capture amazing pictures of the beaches and cliffs. Guided tours are offered and it is an amazing place to take a class for a field trip.  If you wanna see the gray whale migration the best time to go is from November to April. There is a trail that leads to the top of a hill, and all along the trail there are beautiful yellow flowers. The trail became like a metaphor for life. It was hard and bumpy at times, but pushing through and making it to the top is well worth it. Once you make it to the top you have a clear view of the ocean, beaches and mountains. Point Dume is next to a residential area, so if you’re lucky you might see movie stars who live close by.
​ 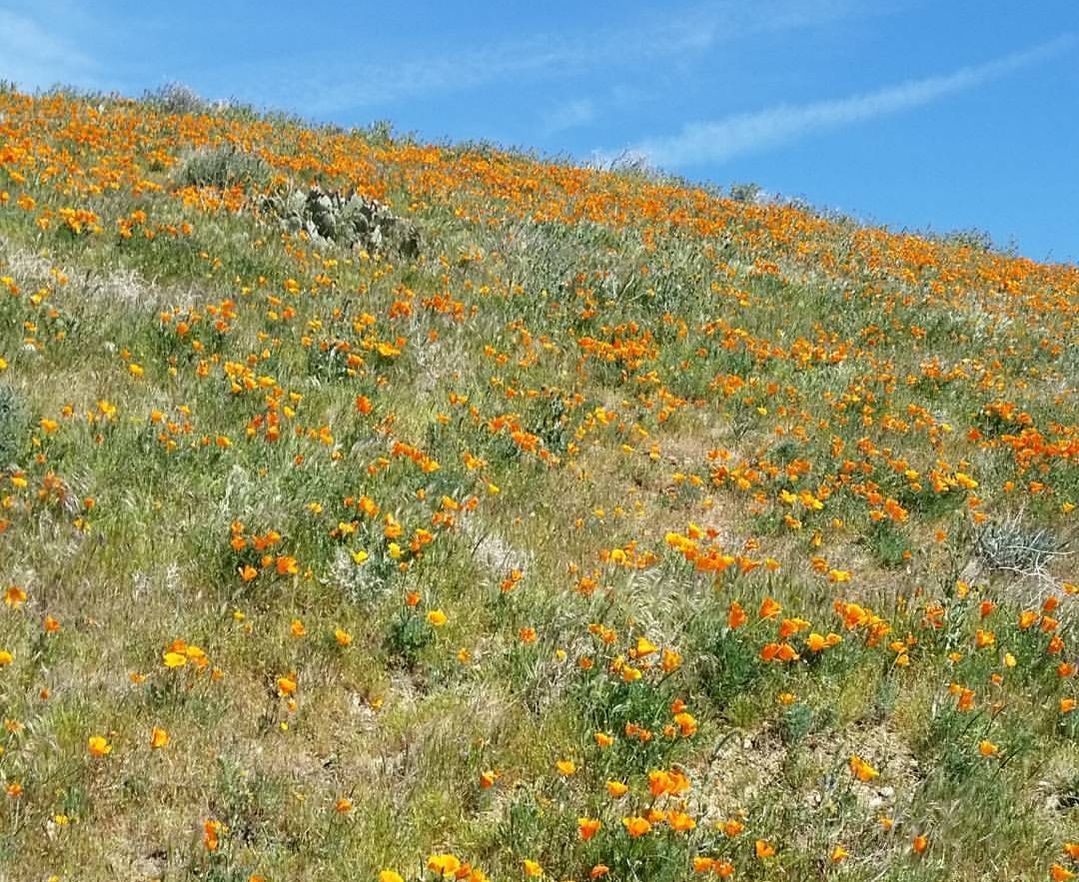 The Antelope Valley California Poppy Reserve is located in Lancaster, California. The park is open daily year round, but the best time to go is in the mid spring when the poppies first bloom. To enter the reserve, you need to pay the ten dollar parking fee, however once you are inside you can properly enjoy the eight mile poppy field. There are trails that run along the poppy field that you can hike and there are benches throughout the reserve that you can sit on and enjoy nature. Wearing the proper shoes is important. The paths can get bumpy, and it is easy to trip. I saw a grown man tumble forward as a result of the holes in the ground, so be careful and stay alert. Hiking can be a challenge if you don’t pace yourself, but making it to the top of one of the many hills and seeing the seemingly never-ending row of poppies is worth the trek. While there, you may encounter different wildlife such as hawks, mice, coyotes, bobcats, and snakes. Since rattlesnakes are present and a big part of the ecosystem it is important to stay alert and vigilant. If you notice a snake (like people did when I was there) it is important to leave it alone and notify a park official. People are advised not to stray from the path or pick the flowers. Everything on the land is protected, and the flowers themselves contains the seeds needed to make sure there are more poppies next year.
​ 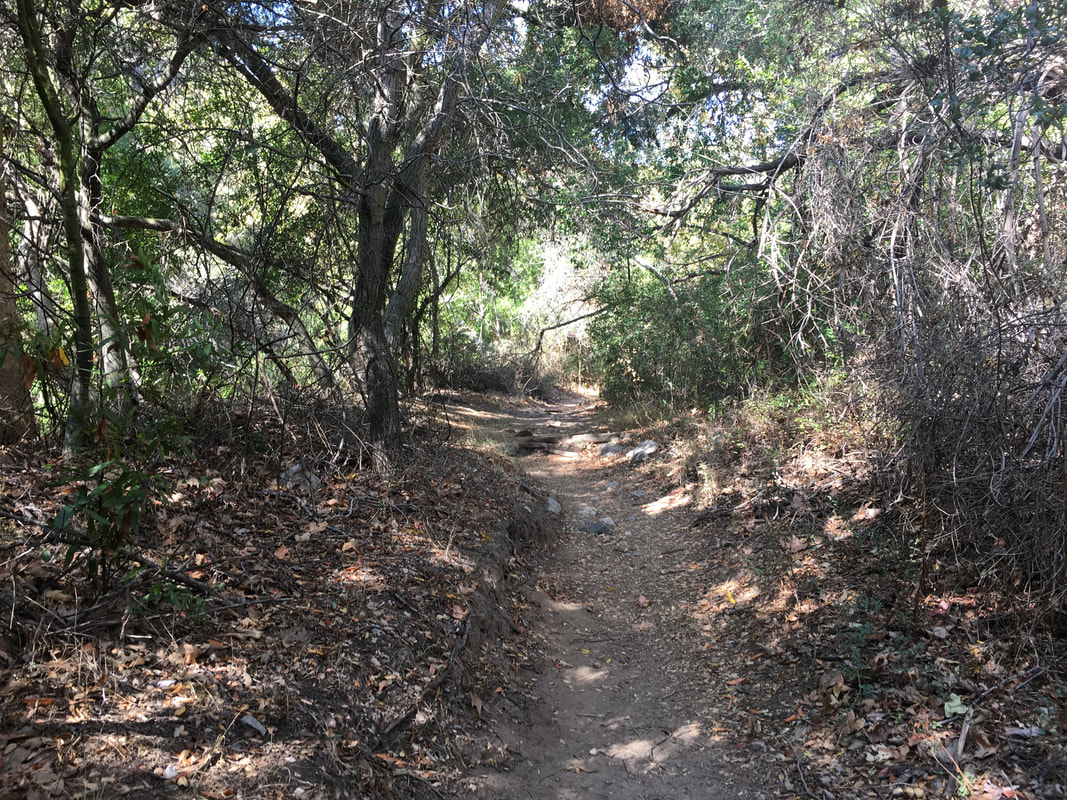 The San Ynez Canyon Trail is about an one hour drive from Los Angeles. This is a place hidden under the Santa Monica Mountains. Santa Ynez Trail can make you feel like a hobbit from Lord of The Rings.  You somewhat feel lost with its narrow and twisting path. Some of the branches of the trees touch the ground and grab at you, preventing you from moving forward. On the way up to the waterfall, the trail passes through the small, dry river and in some parts the river is the trail. In some areas, the water calls for you to wade through the river. If you go during fall, you could see the fallen leaves from the oaks and the dry bushes that gives the trail a magical and mystical feel. This is definitely a place to go and get impressed by nature. 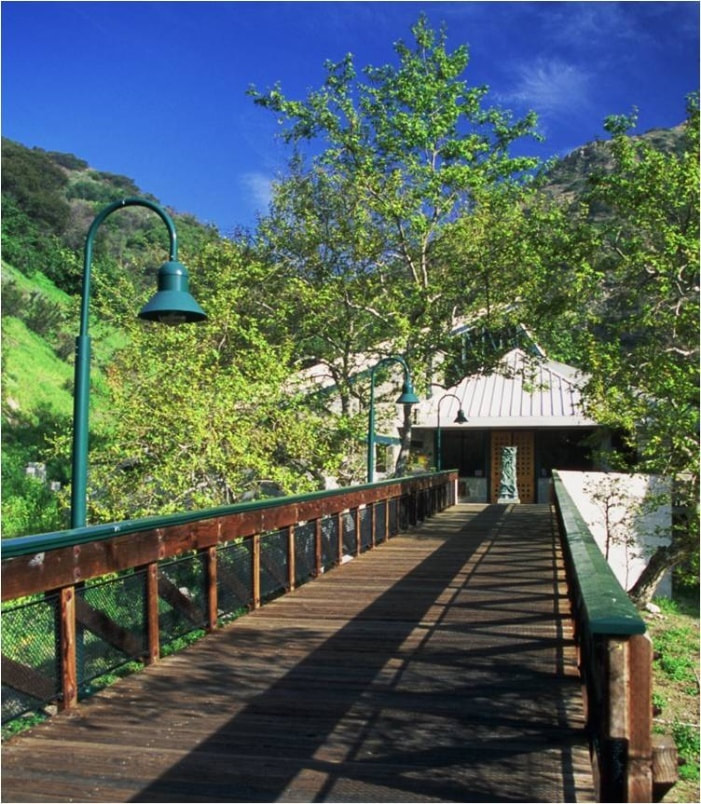 Last but certainly not least is the Stough Canyon Nature Center located in Burbank, California right in the midst of the Verdugo Mountains. Stough Canyon has a lot to offer such as astronomy, nature programs and activities, hiking, workshops, seasonal day camps, and a volunteer docent program.  Stough Canyon received its name from Oliver J. Stough who donated land to the city for public park lands. There is a lot that can be learned from area even if you don’t take one of the classes that they offer.
There is so much that the city has to offer. Sometimes we have to pack or bags, laces up or shoes, and get out there. Nature is calling! Let’s go answer!