24 Hour Challenge: No Caffeine
​A Decaffeinated Damsel in Distress 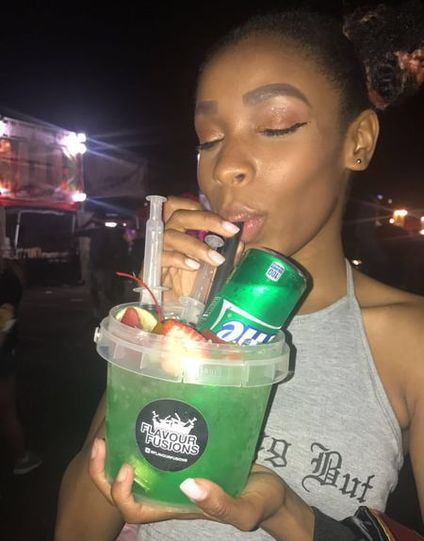 Back in my glory days.
Pop, fizz, clink- those are my favorite sounds. The small burn in my mouth makes me feel alive. I know it’s bad for me but it’s so good. And quite honestly, I may be addicted to soda, but that is way better than being addicted to meth or something. My soda cravings actually started very recently. Since I was in college. My parents allowed me to drink soda, but we never had it in our home, so I didn’t drink it often. In college, my meal plan allowed me to have soda with almost every meal, and I took that and ran with it. The photo to the left? Me, drinking an entire BUCKET of soda. To say I merely enjoy soda is an understatement.

​Soda is mainly composed of carbonated water, flavored syrup, and a whole lot of caffeine. According to Dr. Deborah Weatherspoon of WebMD, caffeine may boost weight loss or prevent weight gain, can increase attention span and alertness, and new research supports caffeine may reduce the risk of developing Alzheimer’s disease. But there are definitely pretty bad risks as well, like increased anxiety, insomnia, headaches, jitters and shakes, fast or uneven heartbeat, dependency, dehydration, irritability, heartburn, stomach upset, diarrhea, and nausea…. Most of which are issues I may or may not have. So yes, I should cut back, which is exactly what I did. Here’s the story of me spending 24 hours (and failing miserably) without caffeine. 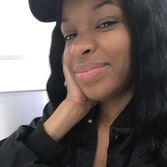 11am: My friend and moral compass for this journey, Cristina, arrives to make sure I’m sticking to the plan. So far, still so good. I had a bagel and some water.

1pm: In-n-Out run for lunch… I almost said Dr. Pepper out of habit with my order, and I’m really having a hard time. I’m in need of a distraction, because the lemonade I have is not hitting the spot like the fizz does. I was also really upset I couldn’t burp since there was no soda, so I barely finished my double-double.

"I felt like I was slowly descending into madness, I was making weird robot noises like I was short circuiting. ​" 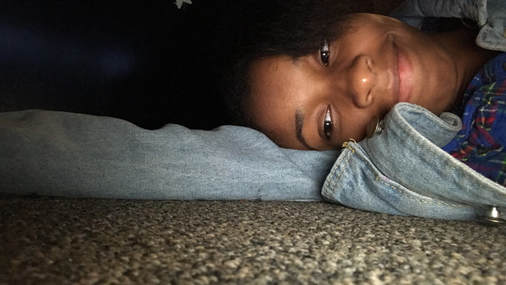 The beginning of the downward spiral.
2:30pm: Went to study a session and couldn’t join the Starbucks run. At this point I’m ready to die. I’m thirsty but I really don’t want to drink water. So, dehydration was my only option. And no one let me drink a sip of theirs either, no matter how hard I tried. The sweet taste of caramel drizzle and espresso was calling my name. I realized in that moment how dumb I sounded, choosing not to drink at all if I couldn’t have caffeine. This was peak dependency at its finest.

3pm: I felt like I was slowly descending into madness, I was making weird robot noises like I was short circuiting. But I did start drinking water, and honestly, it was more of an out-of-body experience.  I think after my small breakdown of realizing that I was completely dependent on caffeine in all its forms. This made me introspective about what my body really needed, and how at 22, I should definitely be treating it a lot better…

6pm: Dinner at Buffalo Wild Wings. I caved. I simply caved and ordered a Coke. You can’t have wings without Coke, and I was not going to try either. The fizz was ​was so soothing, and again, the burn hurt so good. In short, I didn’t even last 12 hours. But I did try. And in retrospect, it did shed light on the fact that caffeine is a drug. I have been making changes as well, I’m down to like 2-3 sodas a week, I drink infused water instead, and sometimes, carbonated water if I really want to feel the burn. All in all, I’m trying to be healthier for the better… just a little bit. Unfortunately, the only Dr. I love is Pepper.