Written by Anahit Kardzhyan
Many people visit museums without noticing all the little details and special features. The Museum Scavenger Hunt, hosted by 7500 Magazine Club, The Healthy Living Program (HLP), IPA's, and Associated Students of Woodbury University (ASWU) requires visitors to appreciate their surroundings when roaming through different exhibitions.

Students, friends and faculty of Woodbury University ventured off campus for The Museum Scavenger Hunt: Huntington Gardens on March 11, 2017. Thirty participants were on the quest for clues in an effort to claim $100 worth of Amazon gift cards.

​Five teams of at least four members - dressed in custom grey shirts - participated in the search for a total of 10 clues. They each had a student guide who provided hints for the team’s next photo op. The guide was also responsible for taking photos of the team at each stop and sending them to the judge (Risa Williams). ​The participants’ familiarity with the grounds varied depending on if they were first-timers or frequent visitors. Sisters Czarah and Caitlin Castro had been there three times prior to the hunt. 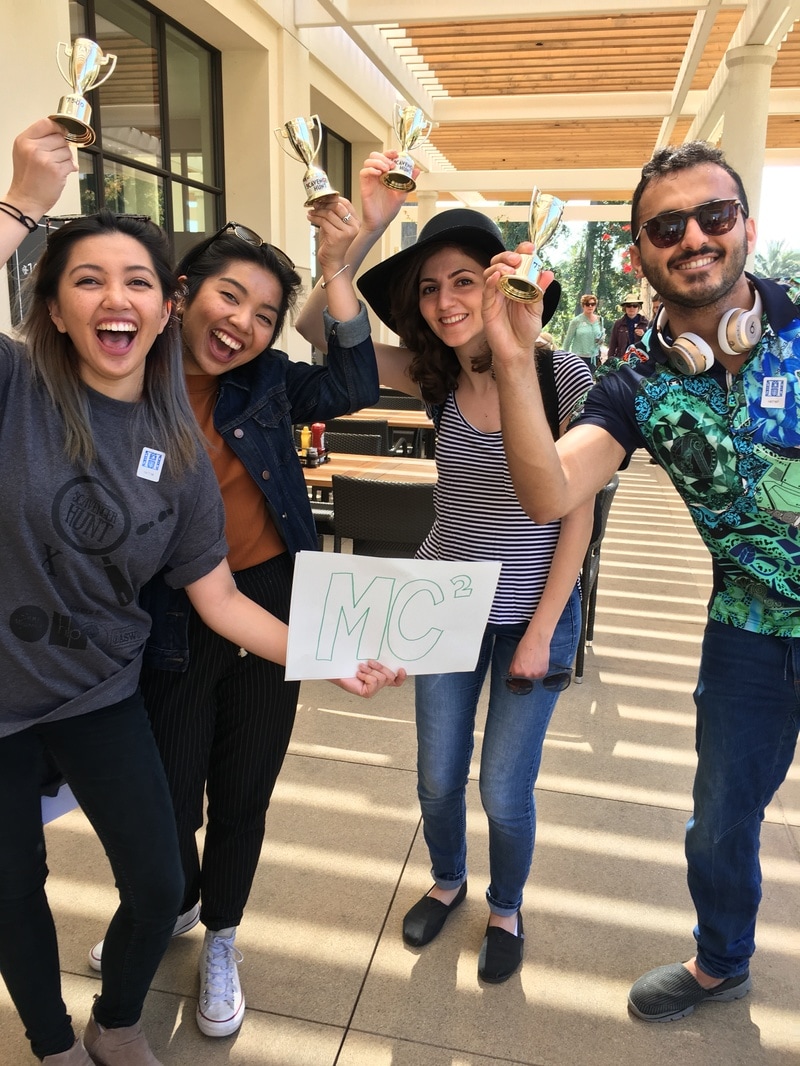 “I thought it was going to be nonchalant, but it ended up being the real deal,” Czarah said. “It was intimidating at first, but after we found the first clue I started to get the hang of it and we felt more confident because we got the ball rolling and found our rhythm as a team.”

Saud Abdulaziz and Marineh Markarian joined forces with the Castros and named themselves Team MC2.

“I’ve never done a scavenger hunt, but always wanted to,” Markarian said. “Of course I wanted to win.”

Having been there once before, she felt it helped put her team in the lead because they somewhat knew where things were. Still, many of the participants struggled to find different features. It got increasingly frustrating, but entertaining to see how each of the teams competed for the best time.

Within an hour MC2 found their final clue and made their way to the 1919 Cafe. They each got trophies and a $25 gift card. They racked their brain for memories of prior visits to help lead their team to victory. ​​​Team Owls soon followed, then came 7500, Student Affairs All Stars and Joziah and the Scaries.

Once all teams returned to the final meeting spot, some stayed for lunch and others roamed the gardens to enjoy the greenery and take a stroll under the 80 degree sun. Plantlife ranged from cacti to roses, each making a great backdrop for amateur photo shoots. 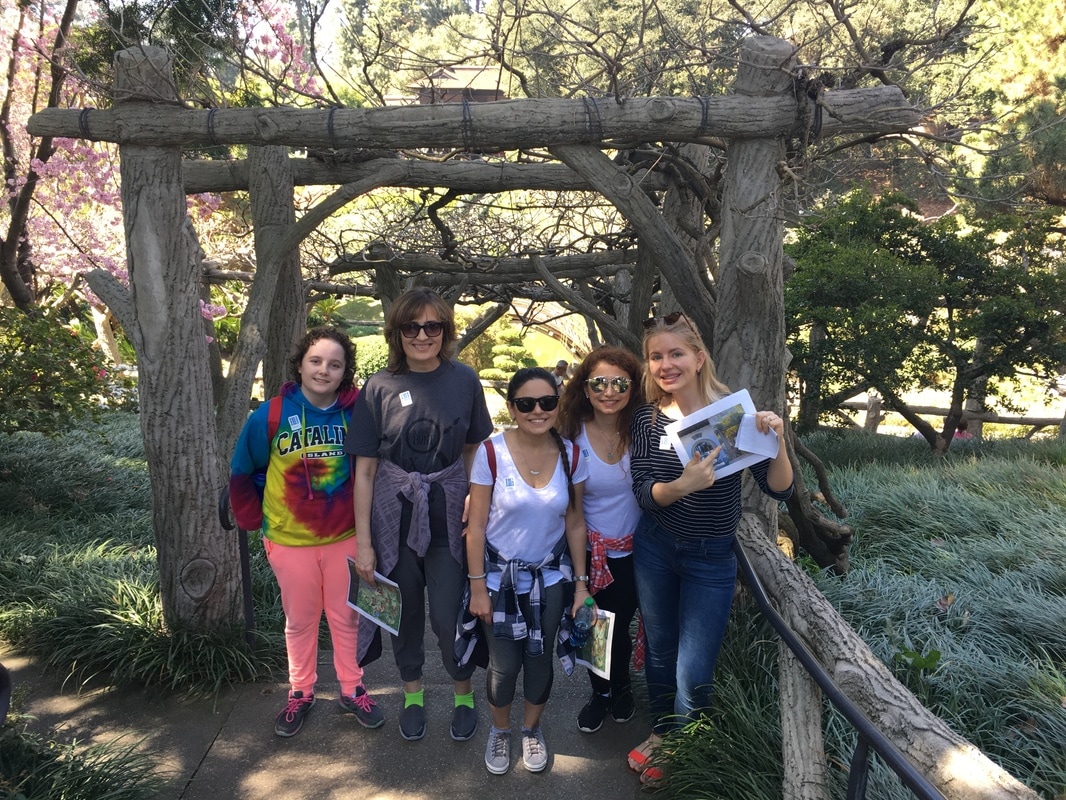 Each of the organizers contributed to the cost of the event which included admission, t-shirts and prizes. Based on the successful turnout and great feedback, the campus organizations hope to make this a bi-annual event that occurs once a semester at different venues.