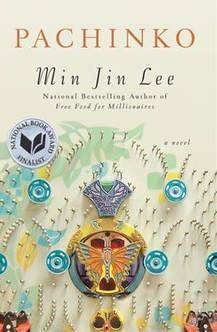 ​One of the fascinating things that a fictional novel can do is to educate readers about world history that most people aren’t aware of. Especially if it’s a history that has yet to be even exposed in the English language. While there may be a few novels that talk about a very specific historical period in other countries in different languages; Min Jin Lee, author of Pachinko, disrupts the silence and has become the first author to address the complex history of “zainichi.”- which is a term used to describe the thousands of Koreans who migrated to Japan in the early 1900s.

Lee became fascinated with “zainichi” after she learned about their story as a student at Yale. Lee was born and raised in the United States with the idea that Koreans were always viewed as hardworking and innovating. Little did she know that there was an entire history about Korean immigrants positioned at the bottom of Japan’s social economic ladder just waiting to be discovered. Ever since she learned about this topic at her university, her “level of research became a little neurotic.”
​
She discovered that finding sources to write about this history for the novel was harder than she had expected due to very little written resources. “This entire period I was working on this,” she writes, “I kept on looking for these books written originally in English and I couldn’t find them. So what ended up happening was I had to learn all the wars, all the laws, and then I had to forget it because the fiction reader doesn’t want to know.”

In the novel Pachinko, you might be fooled into thinking that the title of the book determines what the story is about. However, this book is in fact not at all about the game Pachinko, but rather “it’s about the people who dominate the industry who are the Korean Japanese people.” The actual game Pachinko, according to Lee “is a $203 billion industry in Japan and it's actually a cornerstone of the Japanese economy.”

In the story, we get to follow one ethnic Korean family’s struggle through four generations starting from 1910 and ending in 1989. From the beginning of the novel, Japan had occupied Korea; a time when basic needs for food and water quickly become scarce for Koreans. We’re introduced to Hoonie, a man “born with a cleft palate and a twisted foot” and his wife Yangjin, who is “well-mannered and obeys her father and sisters.” The pair had met for the first time on their wedding day through an arranged meeting in Yeongdo district, a fishing village located in Busan where Hoonie spent most of his time overseas.

​After settling in after their marriage, the couple has a beautiful daughter named Sunja. When Yangjin was pregnant with Sunja, she “worried that the child would have Hoonie’s deformities.” But after giving birth and seeing her facial features for the first time, both Hoonie and Yangjin were able to sleep throughout the night “without checking the pallet repeatedly to see if the small form lying beside them was still breathing.” 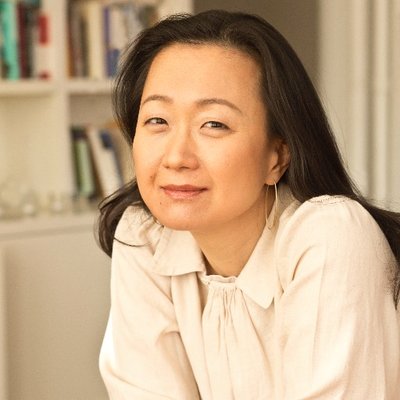 Min Jin Lee (Photo Credit: Twitter/minjeelee11)
As things started to run positively in their lives, Hoonie passed away due to tuberculosis shortly after Sunja turned thirteen. At this time, “the winter following Japan’s invasion of Manchuria was a difficult one. This thing called the Depression was found everywhere in the world.” Yangjin needed to take care of Sunja and earn money on her own. In order to pay rent and keep food on the table for her daughter, Yangjin “had learned how to handle money, deal with her suppliers, and say no to terms she did not want. She hired two orphaned sisters and became an employer. She was a thirty-seven-year-old widow who ran a boardinghouse and no longer the shoeless teenage who’d arrived on its doorstep clutching a set of clean undergarments wrapped in a square bit of fabric.” Sunja, who once was playing with her dolls made of corn husks made from her father, was now her mother’s employee; running errands, going grocery shopping, cooking, and cleaning clothes of the fisherman that spent their nights at their boardinghouse.

​The shy, innocent young Sunja was forced to grow up quickly as she needed to support her mother and her boardinghouse business. Everything was running routinely at the boardinghouse with the help of Sunja and the two orphan girls. But Sunja’s fate changed when she met a man named Koh Hansu, a married gangster (Yakuza) that she’d only known for a short while. As a vulnerable adolescent, she gets seduced and impregnated by Hansu. Originally from Jeju who looks “somewhat Japanese” and wears an “off-white Panama hat like the actors in a movie poster, stood out like an elegant bird with milky white plumage among other men, who were wearing dark clothes.” ​ 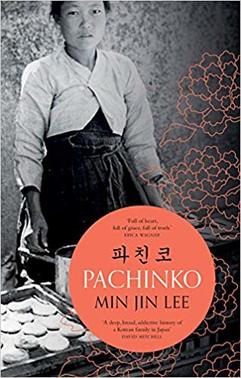 Worried about the shame she has put on herself and her mother, a compassionate young missionary named Isak that Yangjin had taken care of at the boardinghouse asks for her hand to hopefully get rid of the shame, guilt, and regret that Sunja had felt about her relationship with Hansu. In addition to marrying Isak to hide the fact that Sunja is pregnant with Hansu’s child, Isak makes the decision that they must move to Osaka and live with his brother and wife.

From here on, Min Jin Lee paints a harsh picture for Sunja and Isak’s new life in Osaka. Lee illustrates what discrimination is like in imperialist Japan from a Korean immigrant’s perspective. Korean immigrants had very limited resources and often times would start acting very selfish and disrespectful towards their own culture as a result of desperate survival. Isak’s brother warns him, “the military police will harass you until you give up or die. It’s not like back home. The judges here are Japanese. The police here are Japanese. The laws aren’t clear. And you can’t always trust Koreans in these independence groups.”

Discrimination limited access for Korean immigrants to find good housing, “no one will rent to Koreans. As a pastor, you’ll get a chance to see how the Koreans live here. You can’t imagine: a dozen in a room that should be for two, men and families sleeping in shifts. Pigs and chickens inside homes. No running water. No heat. The Japanese think Koreans are filthy, but they have no choice but to live in squalor.” Sunja and Isak left their homeland thinking that this was the better decision, but actually later realized that life wasn’t any easier in Japan.
​
After Sunja gives birth to Hansu’s son, conflicts rise as Korean and Japanese cultures clash. Her husband, Isak gets arrested for preaching Christianity and her firstborn, Noa is unable to accept that he is Hansu’s son. This discovery led him to dropping out of his prestigious university and run a pachinko parlor. Sunja’s second son, also becomes the owner of a pachinko parlor after working there as a part time employee. Embarrassment surfaces when her sons accept the truth that they can never feel like they belong in this country. As Lee states in an interview, “Noa is an emblem of so many people that I met that who wanted very desperately to just belong. And they would do everything they possibly could within legal channels to be considered a respectable human being.”

This story embraces the Korean immigrants who run the multibillion-dollar industry of Pachinko, and highlights the behavior and attitudes of the millions of Japanese people who play it every day. The story exposes the fact that although Pachinko is a very popular game and helps their economy, the Japanese disparage the people who run the industry. Lee’s discovery of this particular unwritten history and the decades she spent uncovering the deeper story explain why Pachinko is one of the bestselling contemporary novels.

​Min Jin Lee’s novel has touched many readers’ hearts including mine. And part of the reason why her novel touches a special place in my heart is because I was always aware of the history between Korea and Japan from my parents, not from school and textbooks (which is where we should be learning about this). I never obtained this piece of information from a textbook which is why Pachinko is so important to read. It has massive potential to educate readers about the countries’ relationship because it discusses the past societal problems in Japan and Korea. As Lee states, “the stories of Koreans in Japan should be told somehow when so much of their lives had been despised, denied, and erased.” With that being said, reading this novel does two things for readers; it entertains you with a great story by twisting your expectations and emotions. Second, you walk away educated, knowing that you just learned a big piece of history about a culture that you probably would’ve never expected to hear about that you never even knew existed.