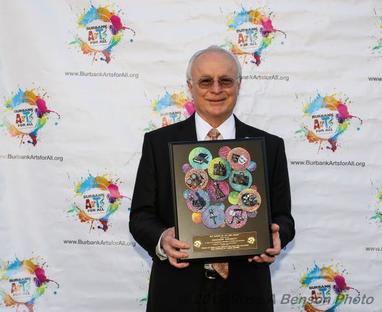 Woodbury received the award for its educational excellence and successful creative arts programs, as well as the numerous resources the university provides to both the Foundation and the Burbank community as a whole. Woodbury President David Steele-Figueredo accepted the award on behalf of Woodbury University, and praised the Burbank Arts for All Foundation on the Foundation’s mission and support for the arts. 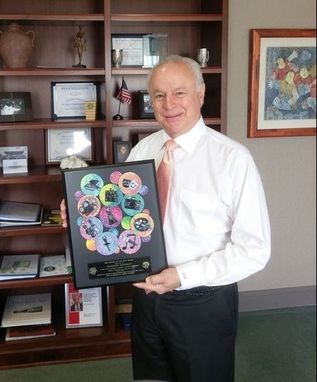 How does accepting the Patron of the Arts award affect Woodbury University?
Shortly after I arrived to Woodbury University, I reached out both internally and (primarily) externally with a simple question; who are we? What is Woodbury University, what is it known for? Its core competence? What makes us distinctive since we have been around since 1884? I’m not necessarily fond of this phrase, but I found that Woodbury University is a ‘well-kept secret’ in the Burbank community. I started a process, along with fellow administrators, of reaching out to the community. We reached out to a variety of local groups, not just in Burbank, but to Glendale and Pasadena as well. The fact that five of our programs are ranked in the top 25 in the nation is pretty amazing for a small university. These five programs (architecture, interior architecture, animation, graphic design and fashion design) involve the creative arts. The core of Woodbury University, no disrespect towards the business school and liberal arts, is the creative arts.

​"Accepting the Patron of the Arts is a recognition of Woodbury University’s efforts within the Burbank community, as well as fostering a quality creative arts education.” 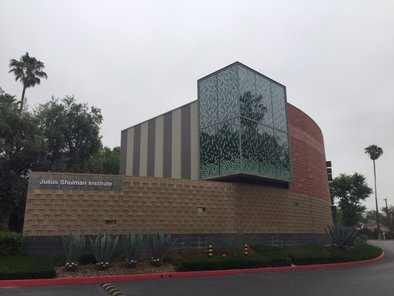 Woodbury's School of Architecture
What does the award mean for the future of Woodbury University?
It puts us on the map, locally. It really helps to spread the word of Woodbury University around a ten or so mile radius, as there are a great deal of high schools and community colleges around Woodbury. One example of how we are utilizing the recognition from the award is by having student ambassadors. We now have two student ambassadors, working with the interim director of marketing, who are constantly updating our social media.
​
We have also taken a grassroots approach to getting the word out. I have personally appeared at numerous high schools and community colleges to get the word out about Woodbury University. Our deans have created relationships with their equivalents at community colleges. An effective ground game will increase the reputation and awareness of Woodbury University around the Burbank area.
Since the Walt Disney Company and Warner Bros. Entertainment are leading donors for the Burbank Arts for All Foundation, do you foresee possible partnerships with them in the future?

That is part of my plan. Let me digress briefly and describe the current situation of higher education. The enrollment of, virtually, all small private universities are in a decline. The number of high school graduates peaked in 2010, and the number of community college graduates peaked in 2010 as well (nationwide). Public universities have been expanding as well, so the market of students seeking a private university is gradually shrinking. The strategic initiative that I have is to create a pipeline from the time a student is 12-13 years old until they graduate and go into Disney, Warner Bros., or an accounting firm. We are seeking to create that pipeline through the summer programs that we already have, and plan to expand further. The two new summer programs are Explorations in Drawing and Photography, as well as Fashion Design Camp. These two programs are designed for students who have completed grades 5-8.
​
​Woodbury already has a very high job placement rate of 92% (as of 2015). The job placement rate, coupled with the advantage of being partnered with world-renowned corporations, will give us a great competitive advantage. I have been cultivating relationships with Disney, Warners Bros., Cartoon Network, and Nickelodeon.

"The strategic initiative that I have is to create a pipeline from the time a student is 12-13 years old until they graduate and go into a Disney, a Warner Bros., or accounting firm. We are seeking to create that pipeline through the summer programs that we already have, and plan to expand further."

Photo Credit: City of Burbank
Woodbury University has played an integral role in the local Burbank community, what are some local projects being worked on in 2017?
Most of the projects are centered around building, and this deals primarily with the School of Architecture. Collaborations are being done with architecture firms around Los Angeles. I recently attended a networking event with over forty architecture firms, and most of those firms have been working in partnership with Woodbury University to contribute to the local community. One of the projects was building an outside classroom, built by our architecture students. Around three months ago, the School of Architecture put on a display of the projects they were working on. All of those projects were being done for the local community, and some were very creative.

"I recently attended a networking event with over forty architecture firms, and most of those firms have been working in partnership with Woodbury University to contribute to the local community. One of the projects was building an outside classroom, built by our architecture students." 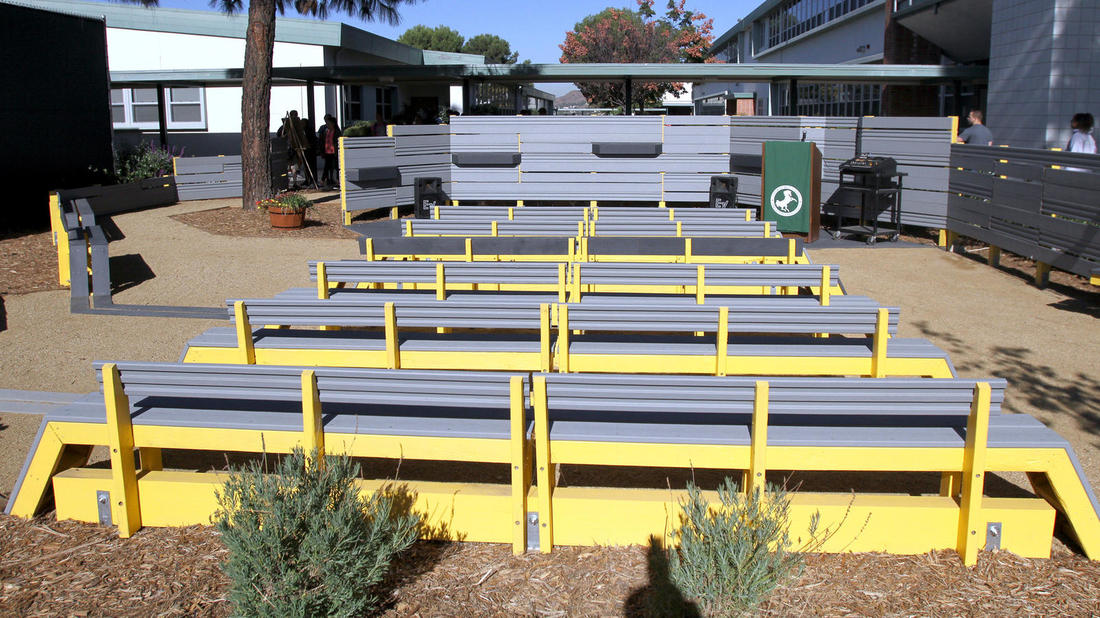 John Muir Middle School Outdoor Classroom created by Woodbury University Architecture Students - Photo Credit: Los Angeles Times
The theme of the 7500 Magazine summer edition is ‘chill’. As President of Woodbury University, how do you relax and remain ‘chill’ during hectic moments?
You have to understand my background, my upbringing, to understand who I am. I was born in Venezuela and spent most of my youth in the island of Barbados. Barbados was a British colony at the time, and it had excellent boarding schools on par with the schools in England. We had a house on the beach, and that created a passionate love affair with the ocean. I surfed, sailed, and scuba dived during my youth. My way of chilling out is to think about the sea and my upbringing. I could sit on a beach for hours, and while my brain doesn’t go blank, I can relax and contemplate a variety of issues and events. For example, this weekend I will be thinking a lot about President Trump’s decision to pull out of the Paris Climate Agreement. I personally believe, as an engineer and scientist, that global warming is the most serious issue our planet faces. As a diver, I have witnessed for the last twenty-five years the destruction of many of our reefs around Barbados.

​Secondly, I learned a lesson during my late 20’s while working for Chevron in Spain. I was a startup engineer, and on Francisco Franco’s birthday, two refineries were bombed. I happened to be on duty at one of the refineries. A lesson I learned that day, and which has stuck with me all throughout my career, was that when you are really under pressure, you must remain calm. When I’m under serious pressure, that is when I think the clearest. There are certain scenarios in life that have an indelible impact on you, and that was certainly one of them.

"A lesson I learned that day, and which has stuck with me all throughout my career, was that when you are really under pressure, you must remain calm. When I’m under serious pressure, that is when I think the clearest."

Woodbury University has a strong commitment to the creative arts, and the Patron of the Arts Award gives the institution the opportunity to branch out and make its presence known to areas where it has not been active before. With new initiatives started under President Steele, Woodbury University is empowered to educate the next generation of artists and connect them with the largest corporations in the world.