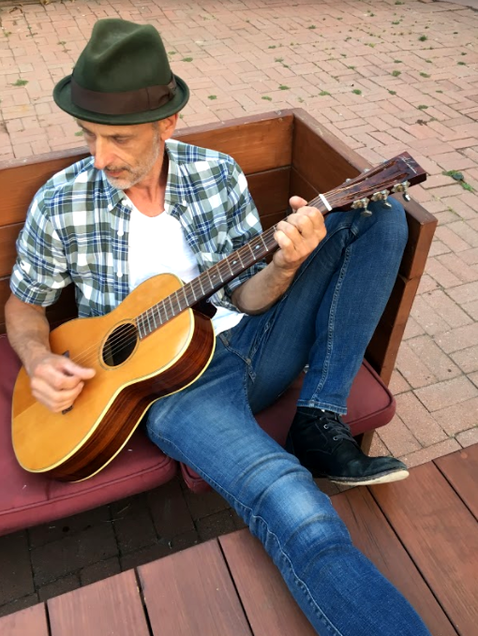 As he was washing off the blood from the last surgery on a 36 hour shift, Pavel Maslowiec found himself thinking through the path his life had taken. He had become a well-respected pediatric surgeon who had been working for the past seven years in the same hospital in Krakow, Poland. He loved his job, and he loved helping people, but he felt something was missing in his life. Then a light bulb lit up in his brain.

​It was back in June 1999 when Pavel Maslowiec made a life changing decision. After his long shift, he told his co-workers that he would not be coming back the next day: instead, he would be moving to California to start building guitars. They laughed, and shrugged off the silly comment, thinking of it as another one of the many jokes Pavel would normally tell them. They simply could not believe what they just heard. The words "I'm moving to California to start building guitars" sounded like an unrealistic dream for an already established pediatric surgeon. But, they were wrong. That was the last time they ever saw him.

​We both are sitting in the hammock chairs in his backyard, swinging our feet up and down while Freddy, Pavel's dog, is rolling underneath the lemon tree next to us. A couple feet away, a garage turned into a workshop has its doors wide open, where planks of wood are resting on a sawing table, waiting to be cut. Pavel quickly checks his phone, then puts it away. He grabs the bottle on the table next to him, and opens it. As he sips on his Cola I ask him why he chose to leave a successful career behind and start a new one from scratch. Pavel teasingly responds “Because I can,” and then laughs.

“I loved my job as a surgeon. There is no better feeling than helping others. But, you know, we only have one life to live, and I wanted to do something that would make me really happy."

Pavel’s passion for woodwork started at an early age. When he was around 6 years old, there was a family-owned carpentry company next door to his grandparents’ house that had been making furniture for generations, and in the summers after school, Pavel would show up driven by curiosity to learn more about woodwork. He recalls meeting the head carpenter, an 80 year old man who would tell him about the different types of wood, and teach him the techniques passed through along generations, where pieces of wood were connected together not through nails or screws, but rather through wooden joints. Looking at the beautiful furniture pieces they built, Pavel was mesmerized and became so fascinated that playing around and working with wood became his own version of what other children used to do at his age, which was playing with Lego blocks.

"Making a guitar into an instrument takes way more than giving it shape to. In fact, it is not only about the shape but also about the wood grains that give specific sounds to every guitar. All the sound is in the wood, and every wood sounds different. And, to bring out that pure sound, you have to do it through a really mathematical process. Medical school helped me understand a lot of these things.” 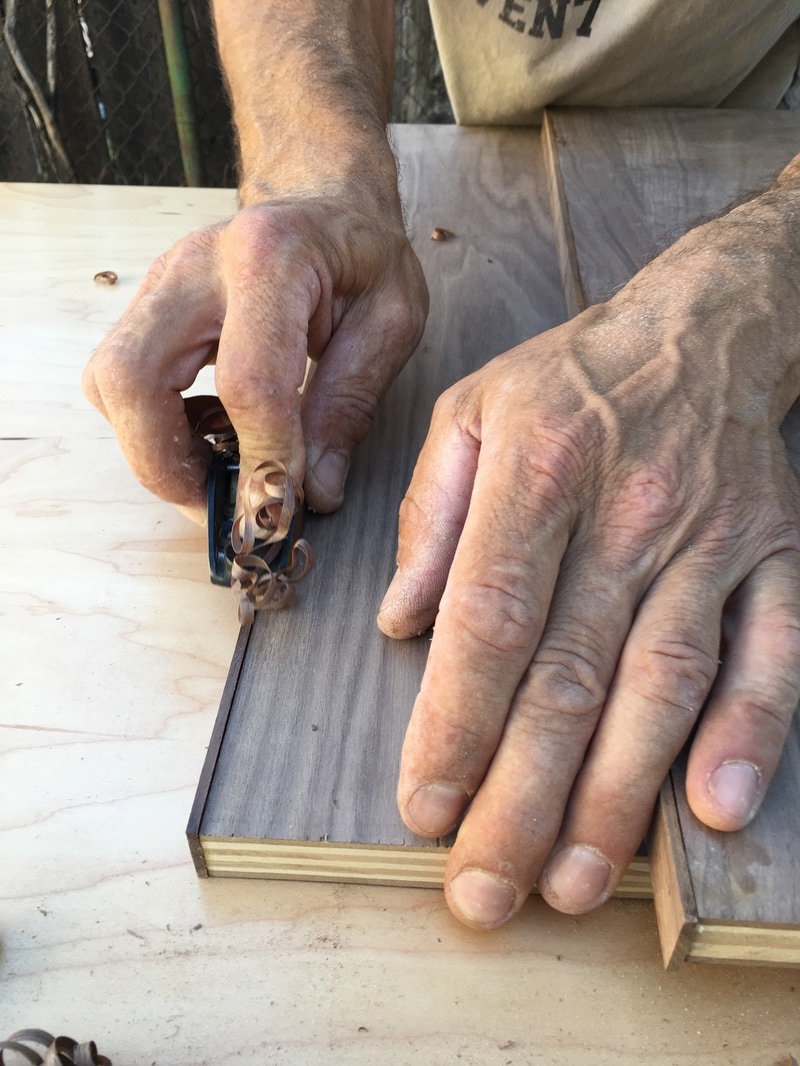 “It’s like working with crosswords all the time; you have to find the perfect answers to every question so it can all work harmoniously.” 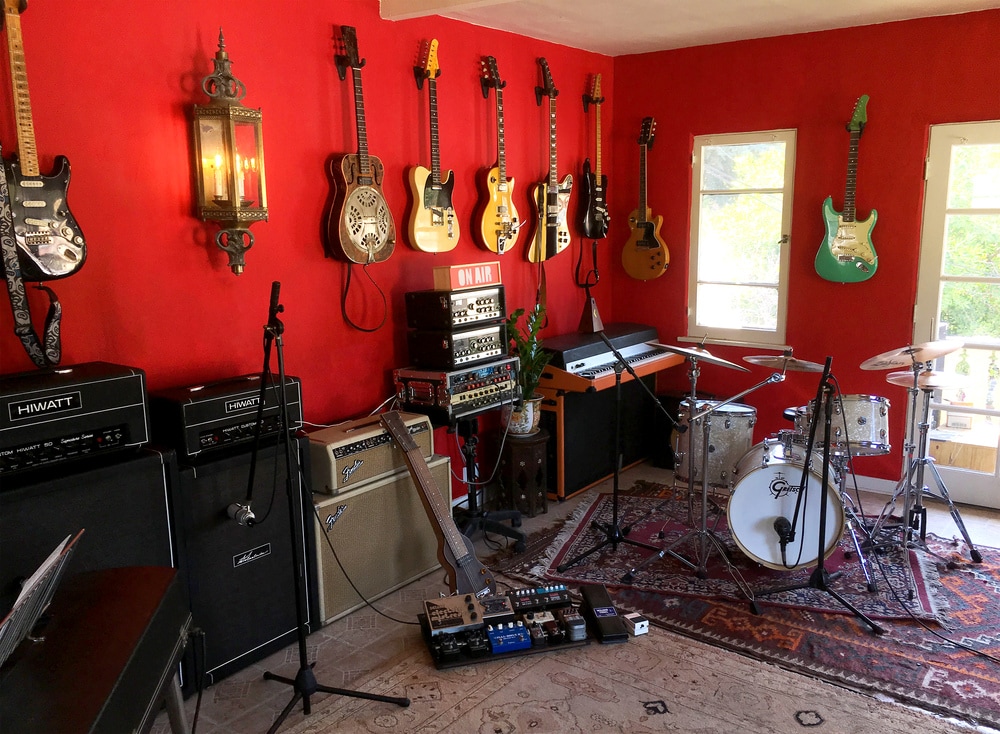 How were you introduced to the world of music?“
"So when I was like 7or 8 years old, my parents took me to the Pink Floyd show, and what I remember was seeing lots of lasers, clocks going and ticking on the sky. I really fell in love with all the visuals and with the music of that band. My parents really loved them so they introduced me to their music, and when I started listening more to them, I fell in love with how David Gilmour played his guitar. He’s one of the best, you know, amazing. He’s a magician. And for me, he became my biggest hero, like the best guitar player on this planet. From then, I always wanted to play like him, but it was impossible. So I decided that I wanted to build guitars as good as he was with the playing.”
With all the great musicians you have worked with, what was one of your most memorable encounters that made you feel like a kid in a candy store?
“One time I was sitting with my friend Chris Thompson, who is the singer for the band Manfred Mann’s Earth Band, and we were talking about guitars. Then he introduced me to his friend Andy, who is a musician that played in lots of European bands. And he was friends with Guy Pratt, Pink Floyd’s then current bass player. So Andy introduced me to Guy and Jon Carin, who was playing keyboards for Pink Floyd, and we became friends, and that is how I got in touch with David Gilmour. So yeah, in 2006 when David Gilmour was on tour, I was at the Kodak Theater, and after the show I was in the dressing room with everybody. There was Crosby and Nash, Phil Manzanera from Roxy Music, Richard Wright, keyboard player for Pink Floyd, David Gilmour and Polly Samson. So we were hanging out after the show, drinking champagne and David Gilmour was teaching me how to play the solo to Comfortably Numb. I build his guitar in 2006... so my hero has my guitar. I’m super happy about that. And since then we developed some really good relationships, and build couple more guitars for him. He’s using some of them on tour, so that is basically a dream coming true for me. I think that is one of the most memorable stories.
When you first arrived to Los Angeles, how did you start off making guitars?
​"I came here in 1999 and I bought my first guitar at the Guitar Center, took it apart, and tried to make a copy. So I did that copy, then showed it to the guy who used to work with Leo Fender [the founder of Fender Electric Manufacturing Company]. Fender is a big factory, a big company, and one of the oldest companies making guitars. And he saw my guitar, and asked me to build a custom one for one of his customers that happened to be Allan Holdsworth, one of the best players and one of my biggest heroes. So that was my first official order and since then I started getting more customers through word of mouth, and I got to work with lots of great musicians.” 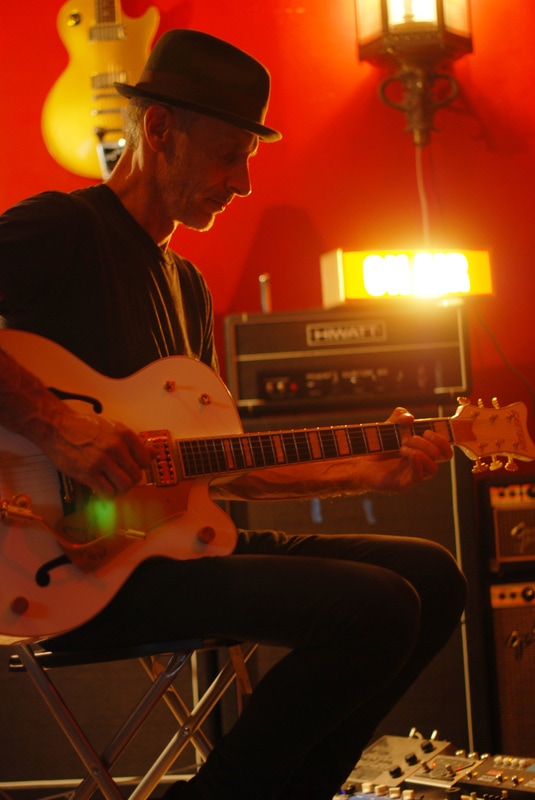 ​​​Who have you been recently working with?
​“In 2003 my friend took me to a concert in Hollywood, and there was an artist, really talented, Rocco De Luca, playing, and I just fell in love with his songs, his stage presence, everything. After the show we started talking, and I introduced myself and I told him, “I really love the way you play, I love your songs and your voice is incredible, but the sound of your guitar is so bad. Let me fix that.” Then Rocco looked at me and probably thought, “Oh my god, this guy barely speaks English and I don’t know what he’s talking about. If he’s going to screw up my guitar...” But he took that chance and came over to my shop and I fixed his guitar. A week later he brought me all his guitars and we started working on them. Then later we came up with his model, and I built a custom guitar for him. And right now, he is playing with my lap steel guitar. Couple years later he introduced me to a really good producer and we became good friends. His name is Daniel Lanois. He produced all U2 records, starting with The Joshua Tree album. He has done lots of Willie Nelson’s records, and he was worked with Peter Gabriel, Bob Dylan, and Emmylou Harris. So right now, we’re working together on his pedal steel guitars, and I have been working on his instruments. So I’m learning a lot from this guy. We have fun doing all the work together.”
What is your ultimate goal as a luthier?
“A few years ago I basically redesigned the lap steel guitar, and I have been trying to take this instrument to another level. So, I designed the guitar with a hollow neck, semi-hollow body, and a longer scale, so all the notes are deeper, nicer. Regular lap steel, they usually have 6 strings, and I use 8 strings with two heavy bass strings. A friend of mine, Rocco De Luca, is playing that guitar, and my goal is to start building more of those guitars and bring them to perfection and start selling them all over the world.”
​Today, it has been eighteen years since Pavel moved to California, and when he looks back on the amazing journey he has gone through, Pavel tells me that sometimes he feels the need to pinch himself to realize he is not living a dream:

“If someone told me a long time ago that I was going to build guitars, I would have probably said that that person was crazy. But, I learned from my own experience that sometimes when you think that something might be impossible to do, you should always try and do."