Pizzeria Mozza: Let’s Get This Bread 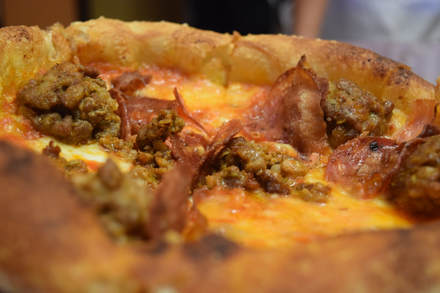 The car rolled to a stop at the corner of Highland and Melrose. The sign on the building reads “MOZZA,” and I gripped the wheel in anticipation. The intro to Chef’s Table played in the back of my mind. I could see Nancy Silverton’s hands working at the dough for the pizza and hear her yelling at the other chefs when they messed up the meatball sauce.
​
Nancy Silverton is the co-owner of Pizzeria Monza as well as the founder of La Brea Bakery. Pizzeria Mozza is the result of her experience in Italy and the fresh local ingredients Los Angeles has to offer. Its pizzas are known for the crispy, charred crust that holds all the ingredients together.

​After watching Nancy’s episode in Netflix’s Chef’s Table and seeing the whole process of creating the dough, I knew I had to drag some friends with me to try it. 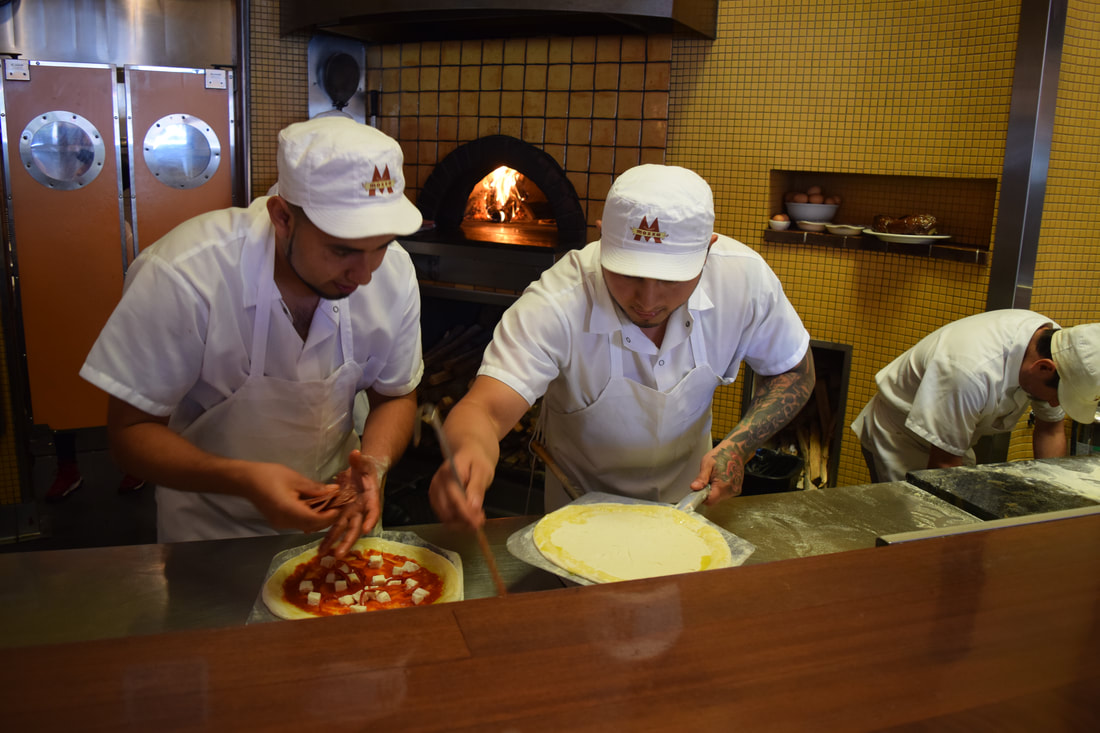 There we were at the actual restaurant where all the magic happens, and, maybe it was because we didn’t research the ambiance beforehand, one thing was eminent: we were so underdressed. I mean, it was besides the point, but I highly recommend against showing up in what you would wear to your 9 a.m. class or be somewhat out of place in the sea of people in their business attire. Nonetheless, we took our seats at the bar where we had an open view of the dough-making action. The menus were immediately set in front of us and I tried to zone out the quiet chatter behind and the sound of the furnace next to the bar while I read through our options. We decided on 2 pizzas: the Bianca with fontina, mozzarella, sottocenere and sage and the meatballs, Mozzarella di Bufala, Tomato and Fresh Oregano.

"The bread was so soft that it melted like a fine piece of silky chocolate." 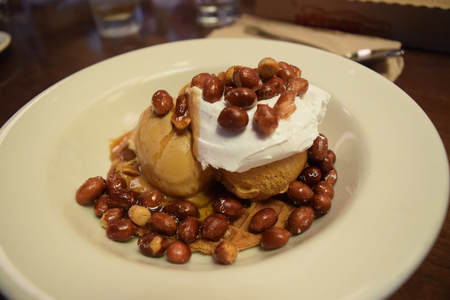 Sitting in the restaurant offered two things. The first was the overwhelming smell of baked dough and tomato sauce and the other was the feeling of hunger that caused all of our stomachs to grumble in protest. We decided to order an appetizer in an attempt to appease our hunger and ordered the Pane Bianco with extra virgin olive oil.

Within 10 minutes the Pane Bianco arrived within our view. I watched as the crispy but fluffy bread covered in olive oil was placed in front of us. The aroma of oil hits our nostrils and I had no choice but to immediately pick up a warm piece and break it apart and place it in my mouth.

The bread instead of being chewy or tough melts in the mouth.
​The bread was so soft that it melted like a fine piece of silky chocolate. Within seconds I was going for a second piece. With our hunger slightly satiated, we waited for our pizzas to arrive. ​ 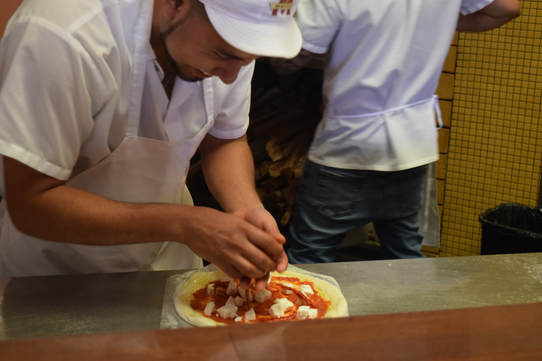 The fresh aroma of sage filled the air followed by the scent of sweet tomatoes when the waiter revealed the two pies to us. One bite from the Bianca slice and I had to look at Sabrina; I was having a moment. The fontina, mozzarella, and sottocenere fused together beautifully on top of the warm bread. When pulled apart, the bread in the center came apart as slowly as the cheese did, but the crust cracked and added more texture to the melted consistency of the rest of the slice. It was like cheese heaven. The oven-roasted tomatoes from the other pizza complemented the meatballs perfectly, and all the ingredients rested on top of a bed of mozzarella, hugged together by that same crust. Let’s talk more about that crust.

​It was like tasting a photo captured at the right moment; you could almost see the exact moment the dough bubbled up in the oven before it developed its brown shell. It cracked under the slightest pressure and almost dissolved in your mouth. That, combined with the ensemble that was placed on top of it, was a match made in heaven.​
Pizzeria Mozza blew our minds. We came in with the mindset of trying an incredible combination of ingredients, but we couldn’t imagine the experience one bite could give us. Everything down to the last crumb was carefully curated to satisfy any pizza lover. The best part is: your wallet doesn’t have to cry afterwards. Each whole pizza is only about $20, and each one is worth it (I’m only guessing; we only tried two). That’s a little mind-blowing considering the setting and the quality of the food. One thing was for certain, the episode of Chef’s Table could not fully capture the flavor Pizzeria Mozza left on our tastebuds.

​Price $$
We may have ended up with a bill in the triple digits, but we also splurged on the dessert menu. Each pie was about $20 and appetizers were also reasonably priced.
​Parking 3/10
​One thing I would have liked was better parking. Although we did find street parking, we did go at a slow time for the restaurant.
​I can only imagine when it's rush time.