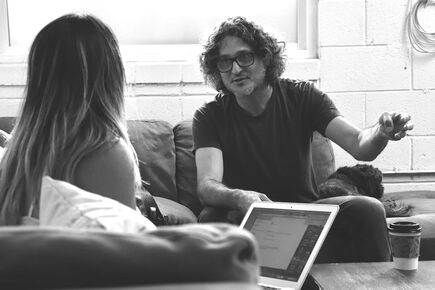 Luis Reyes is one of the five partners of Butcher Bird Studios and can easily be described as the powerhouse behind the scenes! After talking and listening to his story, it is clear that Luis is bringing his dreams to life. Having acted in plays around LA, to producing TV content, to animation and sketch comedy, his diverse background, along with the other four partners have allowed them to start their very own company.

Luis explained how he has previously worked for various other production companies including the manga publishing company TokyoPop, and creating a network exclusively through YouTube, Luis has formed a business that is on its right path.

Upon walking in, the first thing you see are the backbones to the process - computers, monitors, headsets, and most importantly, the producers of the magic. We were introduced to multiple people who were responsible for various things, from editor to writer to video manager. What I liked the most is that in every space you walk into, no one works alone. Luis explains the importance of having everyone work as a team and understand the tasks at hand: ​"We are only getting paid when projects are coming in. It pushes me to work harder, but that is the truth about freelance companies in general."

Although it was super cool to see all the props, sets, and equipment in use, what I liked the most about my visit was listening to why Butcher Bird Studios was created in the first place. Luis had jobs in the different production companies when he realized he could be producing better content. Luis’ main objective with every client he has is simple: maintain transparency. This means putting together budgets for every project, adjusting the project according to what the client is willing to pay for, and sometimes making sacrifices when needed.

The most important takeaway from this interview is that Luis was able to take his experiences and problems he observed in other companies and create his own where he is able to make his own work come to life.
​He also explains that while working with his friends has been a great experience, it still challenges him: "We are business partners but also friends and have to be effective at both."  They are constantly figuring out ways to work together, make decisions, and include everyone’s ideas in a harmonious fashion. 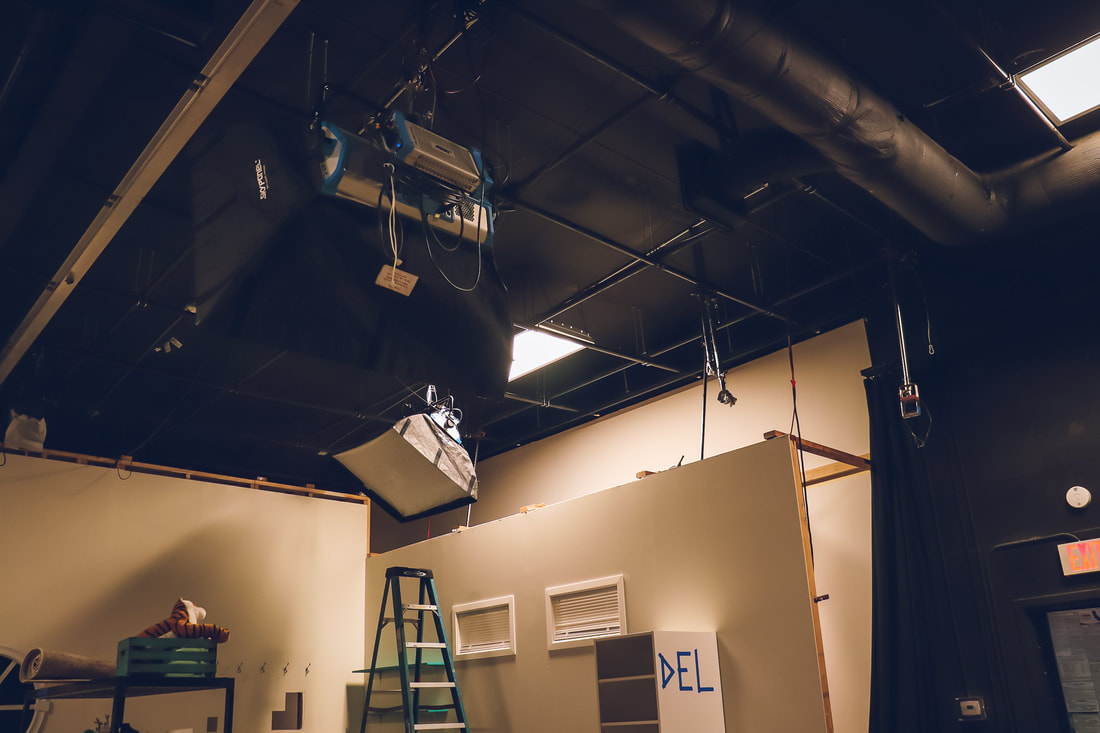 ​When asked what kind of challenges they face, Luis explains, “The industry is always changing, however, we represent a version of a company that can evolve with those changes: keeping up with trends, advancements in technology, and being very good with the people you work with."
​Luis, along with his partners, take pride in running a production company that can virtually handle any job. Not only is every space a collaborative environment, but with every creative project they get assigned, Luis includes everyone by having a collaborative meeting and welcoming his employees to share their ideas. This is something I really enjoyed hearing about, because Luis recognized that this wasn’t happening in his prior jobs and is now a better boss because of it. In a lot of ways, his life might be easier working a 9-5 job, but, instead, he took the initiative to pursue his dreams.
To get more information about Butcher Bird Studios, please use the following link:
butcherbirdstudios.com ​
​