Written and Photographed by Jordan Alsobrook​
​​When Bernadette initially arrived in LA, she began garnering frequent modeling work, as well as semi-regular commercial gigs. It was not quite what she had in mind in terms of her acting conquest; nonetheless, it was work, and work is always a good thing here in the City of Angels. Fortunately for Bernadette, she would not have to stay in these supplemental fields long, as she soon landed her first feature film.

“I got Son of Sam, which was my first feature, and after that it all seemed to kind of snowball. I couldn’t keep up with the modeling, the commercial work, and the films I was doing, so I eventually had to decide to just zone in on film,” explains Bernadette.

After deciding to buckle down on her film career, Bernadette began to notice a trend in the work she was receiving. She found herself consistently landing roles within the horror genre, which to her was not at all problematic.

​“I always wanted to do horror ever since I was a child. I would always be pretending that I was Nancy from Nightmare on Elm Street. I probably watched that movie 40 or 50 times,” jokes Bernadette.

​“But that’s the nature of anything, right? There’s always going to be haters.” 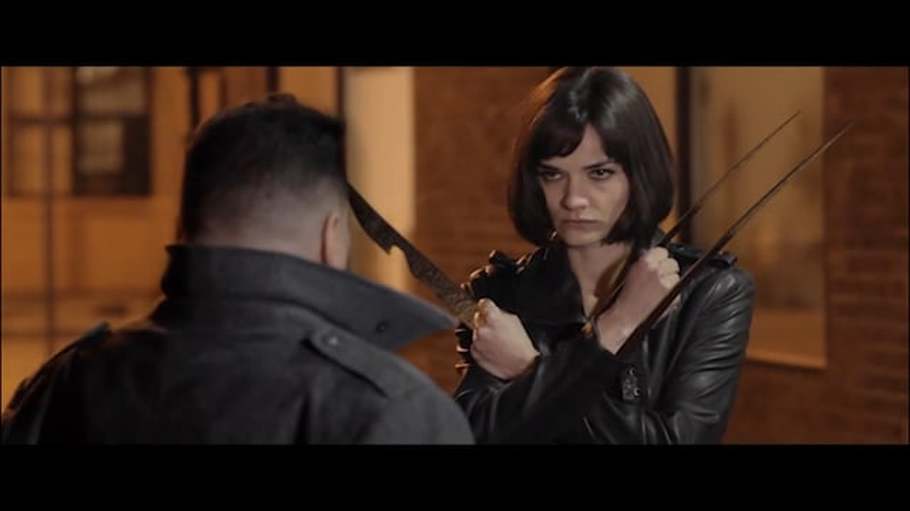 (Bernadette playing the role of "Scandal" in Letia Clouston's "The Demon in the Dark")
​And why should she really care, anyways? Her success clearly speaks for itself. To date, Jamie has landed an astounding 67 roles, with over half existing within the horror genre. She has truly enveloped the title of “scream queen,” and has become quite the in-demand actress. Nowadays, Bernadette is tasked with new and more complex challenges, such as learning how to balance a successful acting career with a healthy personal life.

“My family has this joke that when I book a plane ticket I’m not actually going to come home,” quips Bernadette. “That’s something that I’m really hoping to get better at because family is an incredibly important thing.”

When I ask what is next for the sought-after actress, Jamie tells me of her latest venture: taking on the role of producer.
​

“It’s the hardest thing that I’ve ever done,” laughs Bernadette as she tells me about her terror-induced film, The 6th Friend. “I’m really, really proud of it, though. It’s currently making a festival run, which is super exciting. I’m hoping that I can do more producing in the future.”

To see all of Jamie's work, go here.