Filling in the In-Betweens
with Randy Cartwright 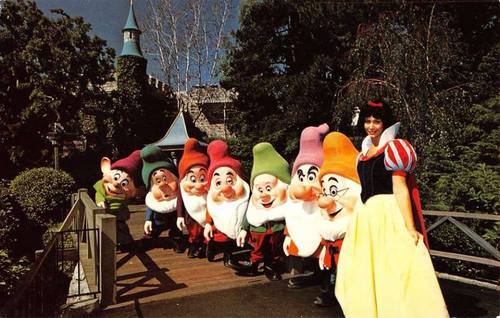 ​​﻿
​It is 1972 and it’s another hot summer’s day in Disneyland in Anaheim. A college student is working as Dopey from Snow White and the Seven Dwarfs interacting with the other dwarfs at the park. It has been a long day for him in the restricting and uncomfortable costume. A rowdy kid decides to have some fun by messing with those characters. He starts pushing, shoving, and pulling costumes. Dopey decided to teach the kid a lesson. He convinced the other dwarfs to create a "V" formation around this kid. The confused kid just backed into the break room with a smile on his face while the dwarfs walked towards him. When they arrived to the break room, the kid stood in disbelief and joy. All seven dwarfs proceeded to remove the heads to their costumes and instead of seven happy dwarfs, revealed seven sweaty angry men. The kid dashed out of there, never causing any more trouble. Who would have known that this college kid dressed like Dopey would one day become a famous Disney animator? Animator, Randy Cartwright worked on some of the most beloved Disney animated films of all time such as Beauty and the Beast, Aladdin, Shrek, and The Lion King. Randy is currently working on the hit children’s show, Mickey’s Roadster Racers, for Disney Junior yet he yearns to go back to the drawing board to work on another hand-drawn animated feature.
Growing up in the 1960's, Randy discovered how crazy the times were, but he was able to find solace by sketching away in a simple flipbook. A kid from his class showed Randy his set of drawings and how he moved them in his booklet. He was intrigued by the process and decided to purchase his own set of flipbooks that very night: "I bought some little pads of paper and filled them up with doing little things of airplanes bombs blowing up and things moving by and I was just kind of fascinated with it. Very soon after that, I decided this is what I want to do forever."

He went through school being not only interested into creating animation but he started getting an interest in drama. He felt that drama was perfect for animation, I realized animation was acting so it was training for animation. He wanted to be at one point an actor but he also had an affinity for animation.

"I bought some little pads of paper and filled them up with doing little things of airplanes bombs blowing up and things moving by and I was just kind of fascinated with it. Very soon after that, I decided this is what I want to do forever." 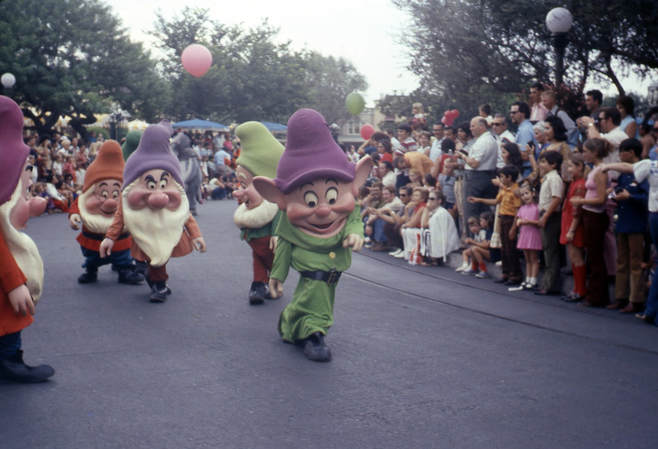 Randy went to Cal State Fullerton majoring in drama. Randy grew up in Fullerton, where Disneyland was not too far away. He decided to get a job there since he was interested in performing.

Fortunately Randy was not drafted into the Vietnam War so he was able to pursue his dream. Since he majored in drama, he was ecstatic to be hired as a performer at Disneyland. Randy enjoyed his experience working for the park. He played several characters including The Mad Hatter, Dopey, Honest John, Dale, Pluto, Tigger, and Goofy. The Mad Hatter costume, according to Randy, was like the worst costume you could ever act in: "It’s just a big hat and your inside and you have no control. The arms were like stuffed and you couldn’t do anything." 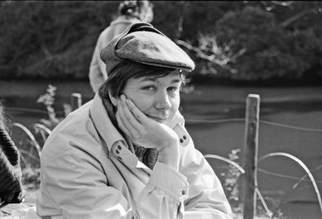 ​Even though the costume was difficult to control, he still was able to perform at the Academy Awards wearing that costume for the 50th anniversary of Disney's studio. He enjoyed his time in Disneyland and this experience influenced how he would later animate his own characters.

​Randy eventually switched his Drama major to an art major, since he couldn’t fully draw what he imagined in his head. As he did this transition, he transferred to UCLA since they had a similar program he wanted to be in, which was animation. He managed to catch the attention of Disney from his student film Room and Board and they decided to give him a chance.  He worked under the wings of famous Disney animator Eric Larson and was being exclusively trained to be create Disney material. He would now be a part of the Disney family which he remembers fondly. He had finally found that place where he belonged.

"A lot of my life I had been kind of a loner … but when I got into Disney, I really felt like I kind of fit in." 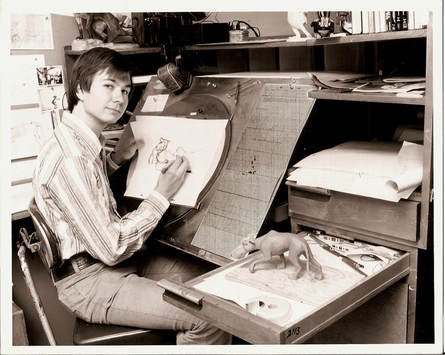 The first feature he worked on was The Rescuers for which he animated a little mouse. Randy was part of the new wave of animators where most of the “old-timers” of the golden era were retiring and they had to train the new artists to take over the future of the Disney films. Randy enjoyed working with the likes of Ollie Johnston and Eric Larson. Even though he didn’t work with these animators for long, he was able to learn the essentials of effective animation.

​The early days for Disney were such a blast for Randy. The studio had a much more relaxed feel and was a more family-friendly kind of place. As he said: "The management realized we were all young and creative kids and really gave us a lot of freedom to do whatever we wanted. I remember we’d we could walk onto the sets when they were filming live action and watch as much as we wanted, they didn’t have any closed sets back then. They'd have these huge kinds of catwalks way at the top for the lighting people to put the lights on, and so at lunch, we'd sometimes climb up the stairs to the catwalk....in the middle of this huge five story space...and we'd drop off super balls and try to catch them as they bounced up. And nobody minded that kind of stuff. Nowadays the have signs everywhere, nobody is allowed in." 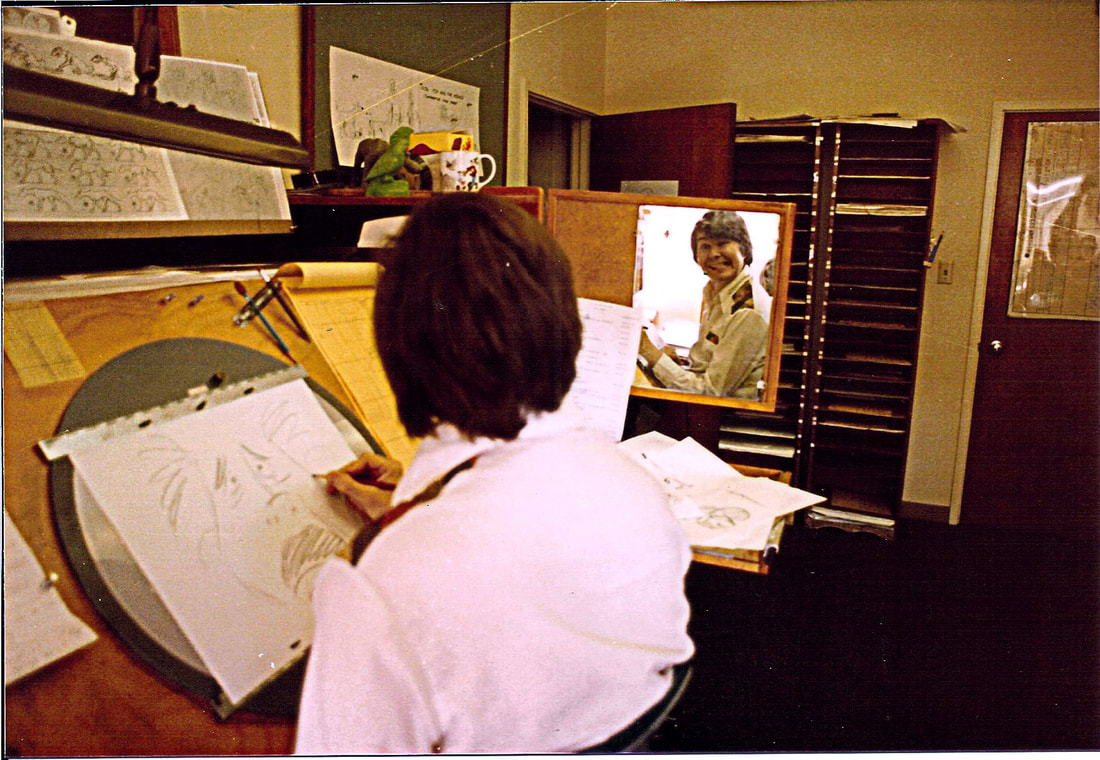 While working at the studio, Randy continued his fascination with cameras and decided to film the daily life of a Disney animator. He wanted to shoot the studio to be able to just have fun and try out his new camera. His cameraman was John Lassetter, eventually director for the film Toy Story, filmed every artist he would encounter at the studio, including Walt Disney’s son-in-law Ron Miller. The studios didn’t mind Randy filming the studio, especially since it was a more friendly kind of reason. He would show his goofier side and was showcasing how the studio ran. Randy used the films as his own home movies, but they would eventually serve a wonderful purpose to preserve the history of the Disney Studios. They used his films as most of the archival footage for the documentary Waking Sleeping Beauty which documents Disney during this time. I feel this is one of the best ideas any employee for any studio can do because it serves as a great reminiscing mechanism. Every person can look at these films and just conclude how carefree the studio was.
During the 1980's and 90's, Randy kept getting impressive animation roles. After working on the leads for Fox and the Hound and returning from his visit from Japan after an animation training, he came back with his job waiting for him. Randy went to animate the heroine Belle from Beauty and the Beast and to his most famous animation credit, the carpet from Aladdin. This was the Renaissance of Disney which meant that the studio was having massive success with all the movies being released. When a studio has too much success, sometimes they will tend to lose their creative juices and just become enthralled with getting the most money they can.  Randy was starting to feel uncomfortable with this kind of attention so he decided to move over to Dreamworks​, a new animation studio, to start a new animation life. There, Randy worked Shrek and The Road to El Dorado, yet it was never the same as for working for Disney. 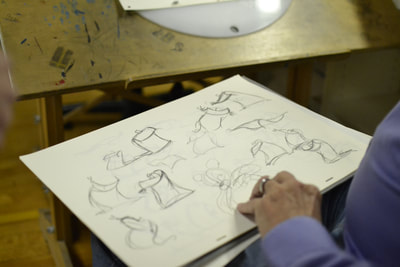 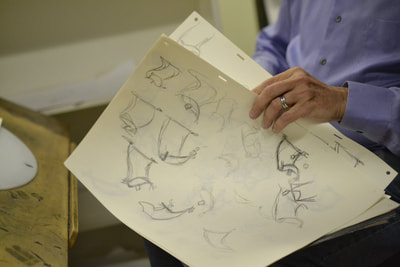 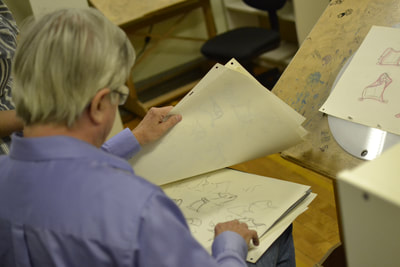 "I am still going, I have no plans to retire, I don’t fish. So retiring is no good. I want to keep working,  I’m hoping to possibly get back into features some day."

Randy still misses the good old days of Disney where he had to hand draw animate his characters. The last hand drawn animated film he worked on was on The Princess and the Frog. Unfortunately, this film did not revive the yearning of traditional animation for features. He wants to work on another traditional film and he even wants to direct a movie. ​ 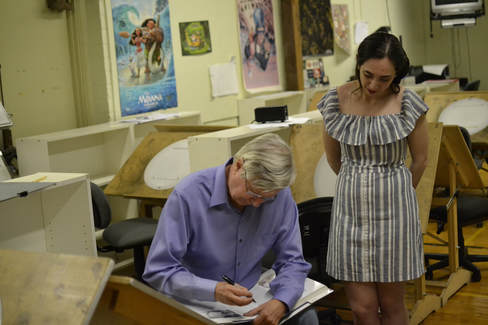 I asked Randy to describe his taste in animation: "Well, my taste has always been kind of eccentric. I like unusual things myself, and Disney is not known for unusual odd stuff. That's my personal taste. I wish, sometimes in a way, I wish I worked for a company that could do really off-beat bizarre productions, but, that is just what I like. I like the creativity of doing something completely new."

​I asked him if he wasn’t in animation, what would he have done instead? Randy also had a slight dark side to him growing up as well.  He was interested in death and morticians in high school. He gave an off the wall answer that only complimented his eccentricity: "Before getting the job at Disneyland, I decided I needed a job and I walked by this mortuary that said help wanted, so I went in to find out what was going on.  I walked in and the mortician came over to me very quietly and said, 'Yes may I help you?' Very seriously... he told me that it would be a job that would entail of washing the hearse and mowing the lawn and the all the garden out front, keeping it nice... Then he said occasionally you would have to go out and pick up bodies, would you mind doing that? I said, I don’t think I mind. I think that would be okay. Never heard back from him!"
How would Randy like to be remembered? He answered: "Of course you would want them to say the greatest most wonderful...I don’t know. It would be nice just to be remembered as a part of the team. I feel real lucky to have gotten my photo in like the Art of Animation book and in the Aladdin book - a few things that will be around for years  after I am gone... they will be some record that I was here at least."
Randy has experienced almost everything in the animation world so getting any advice from him is like nuggets of gold. He continues working for children’s television shows yet he yearns to work on a traditional feature. One day he will be able to grab a pencil again and create more inventive characters he once dreamed of when he was wearing that Mad Hatter costume so many years ago. He leaves me with this advice on entering the animation industry:

​"So much has changed more than I had ever expected...Everything changes so much more than you imagine over the years. Be prepared." 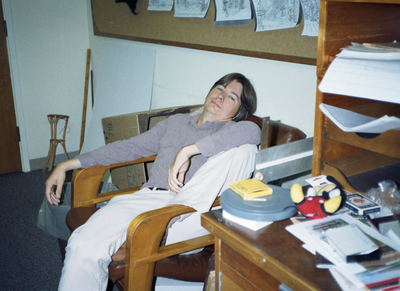 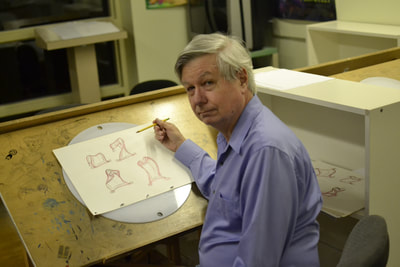