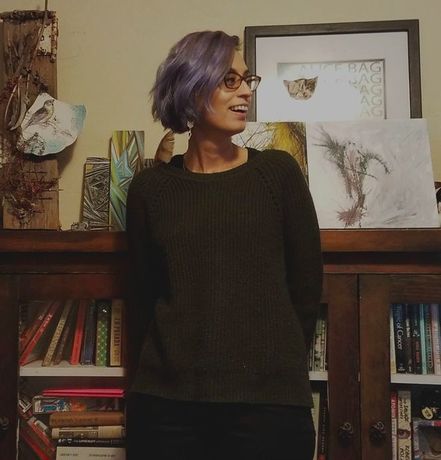 With lavender locks as vibrant as her garden, poet Rocio Carlos welcomes me into her home. Lining the shelves are treasures like tiny canvases, musical instruments and fish statues. Entering from the front of her house, I made my way to her lush garden where she tells me how much she loves gardening.  This native Los Angeleno infuses Spanish into her poetry and blends eclectic language into urban settings. Her poem, Sixth Street or some Dantean reference, which is about East L.A bridges, begins:

There are instructions:
line up east and move toward the river,
suspension,
how a thing floats, how bruised feet walk,
where steam rises from the water...

Born and raised in the South/East areas of Los Angeles, Rocio now teaches at the Art Center College of Design, Otis College of Art and Design. Rocío has been reading her work all over L.A. since 1993. In 2003 she was chosen as a recipient of PEN USA’s Emerging Voices/Rosenthal fellowship. She is a graduate of the Creative Writing MFA program at Otis of College of Art and Design and continues to live and teach in Los Angeles. She is currently collaborating with Rachel Mcleod Kaminer on a year-long documentary poetry project, Attendance​.
Where was an early experience for you where you learned that language had power?
It was soon as I realized that there was more than one language, probably around the age four or five. I only spoke Spanish, not really knowing that there were other languages until that age. My parents took me to an elementary school for kindergarten. I remember being in the nurse's office and she gave me a glass bowl of plastic rings, she then said to "chew a ring" and I was trying to be very obedient, so I put it in my mouth and started chewing it. She just looked at me as I gave it to her and then she said "I said choose a ring". To me, English and Spanish were two halves of every language. 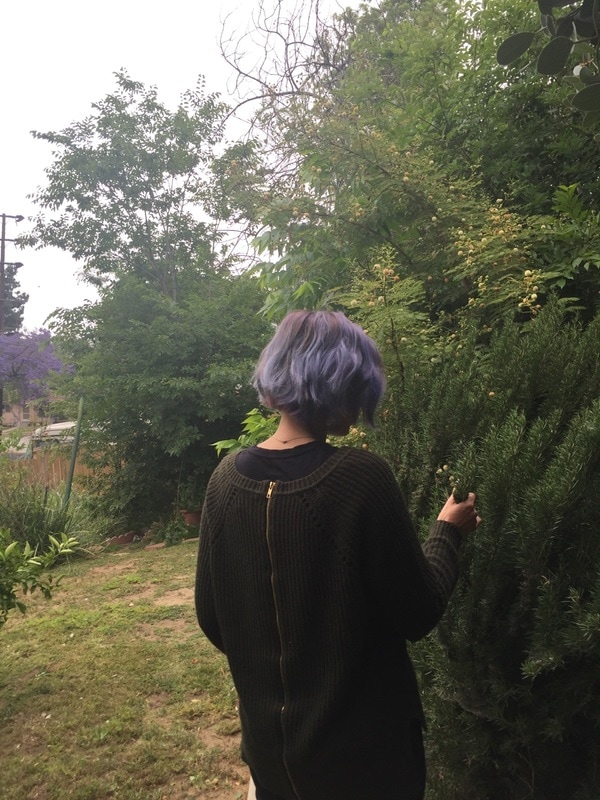 Tell us about your process. How do you write: Pen, paper, computer?
I prefer pen and paper. I've been inspired by Chiwan Choi, who wrote his entire last book on his phone in the notes app. I think there is this misconception that poets are really dogmatic and there is this sacredness to the pen and paper and yeah, that is important. I prefer writing by hand, but the book I'm writing now has been in my phone a lot.

Has that been something you have been trying to continue to use as a creative medium?
Sure, last year Rachel McLeod Kaminer, another poet and I published this series called Attendance on Cultural Weekly. From our notes and poems we picked and choose what would look best on the screen, I had to be aware of my line break being authentic. Things like, is it going to break where I mean to break the line, or will it wrap to the following line? I have to be aware of things like that.

Should a reader have to work hard to solve a poem?
I think there is a gap of mystery between the poet and the poem, and also between the poem and the reader, and the poet manipulates how big that gap is, and how far the reader can leap. Everything is context. I think that there are different kinds of poetry and certainly some are for immediate access, and some are for the kind of delayed arrival of meaning, just like any other medium, like a movie, you have your silly guilty pleasure movie, and there's that movie that you can't get up after the credits are done because you kinda have to sit for a little bit.  I think that there's room in poetry so that there can be all kinds of poetry. 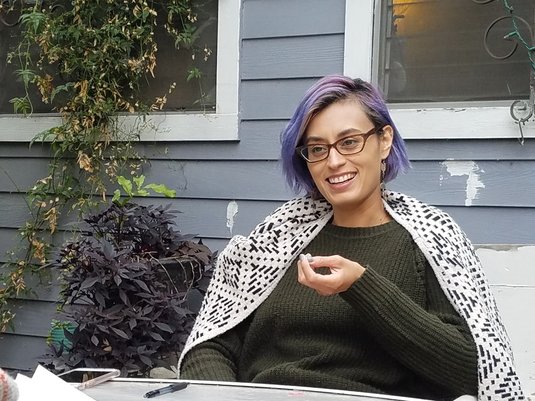 What are a couple of books that you have read more than three times?
One Hundred Years of Solitude by Gabriel García Márquez
Atomic Aztecs by Sesshu Foster
The Handmaid's Tale by Margaret Atwood

How has Los Angeles influenced your work?
It's hard to tell because I am from the city and I've always lived here. I can only sort of wax on about how I personally view poetry as cartography and how I view the map of the city sprawl. I see places where I had experiences or feelings or realizations or where I experienced the city or where the city experienced me. I have poems directly about locations in Los Angeles and the history of Los Angeles, so it's hard for me to know where the city can separate from my work.
Do you have any advice for young writers?
Yeah, just do it! Read, read out loud and read in front of people. It's all well and good to keep it in your private blog but when you have to dust it off and show it to people, then you might see something you hadn't seen before. You'll find other people who are writing with the same concerns that you are trying to solve in a poem.

"Read, read out loud and read in front of people. It's all well and good to keep it in your private blog but when you have to dust it off and show it to people, then you might see something you hadn't seen before." 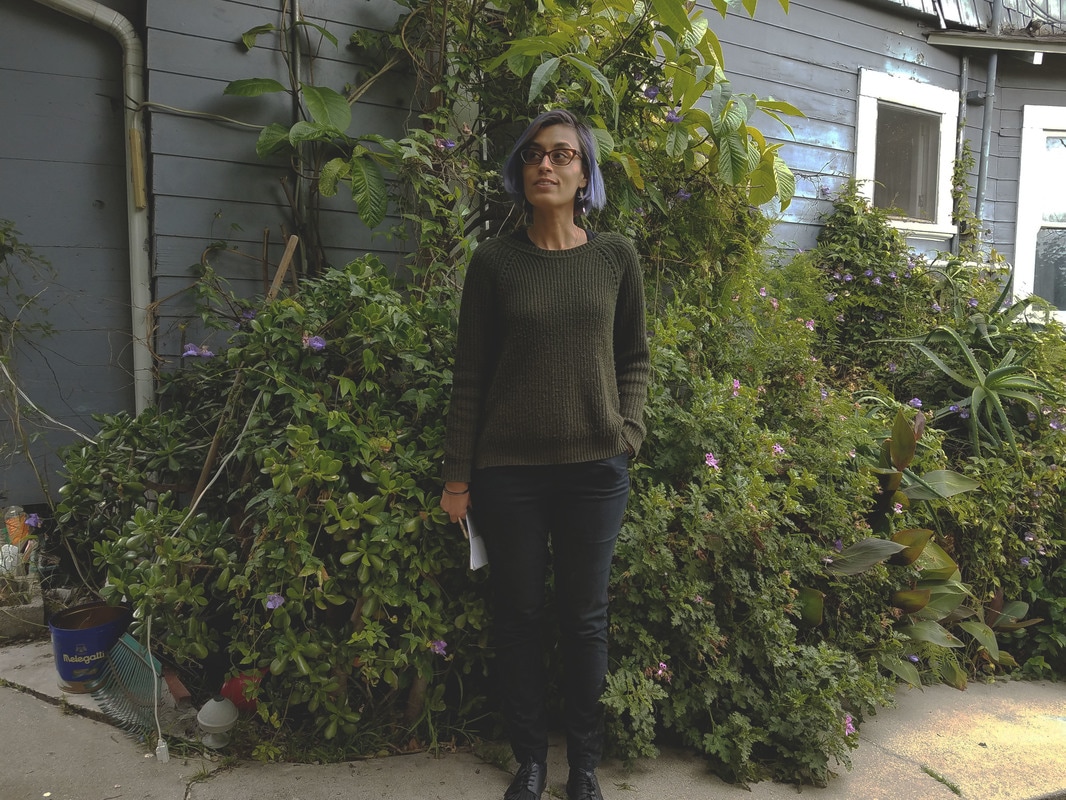 After meeting with Rocio, I was moved by her unique and spirited poetry. As she reads the bilingual poems, you are instantly moved by her Spanish dialect in a sense where you don't necessarily have to understand the meaning of every word. I thanked Rocio for being able to share some of her work with me and left with a desire to use Spanish in my own artistic projects.