Russian in an Hour

Written by Alexandria Villegas
Photos by Kristina Abissi and Alexandria Villegas
Now apparently the universe has a sense of humor, because my new roommate this semester happens to be a girl from Uzbekistan, whose native language is Russian. What a perfect opportunity to test my most farcical skill. But of course, being as extra as possible, I decided I should try to learn the basics in under an hour.

Did I succeed?     Нет.
​
Ask me tomorrow.
​My roommate and I sat in the living room and started with the 33 letters of the Russian alphabet. As Kamilla, my ever so gracious friend and teacher sat on the chair next to me with a big notepad and black marker in her hands, I began to get nervous. My mouth didn’t feel like it was moving naturally as I exaggerated my jaw movements to do the proper pronunciations of each letter. 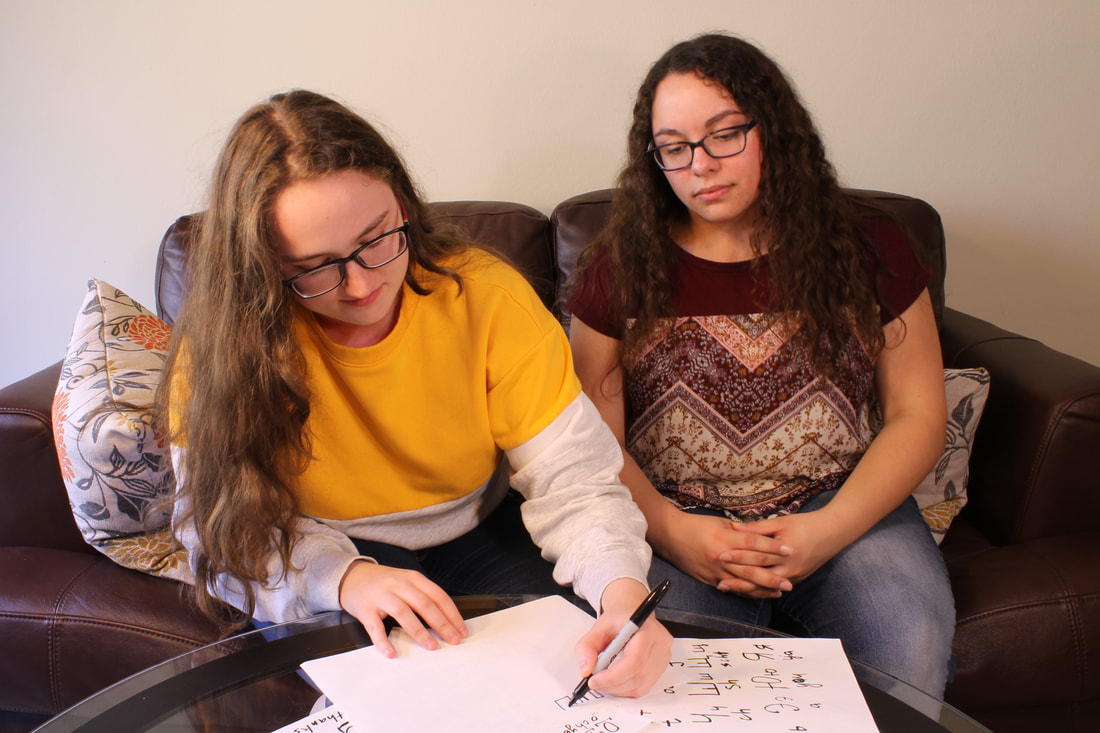 I was panicking inside. “I don’t know how to move my mouth right. My pronunciation is definitely wrong. I’m thinking of the wrong letter. I took Spanish in both elementary and high school and none of it stuck.” But we still continued on . . . 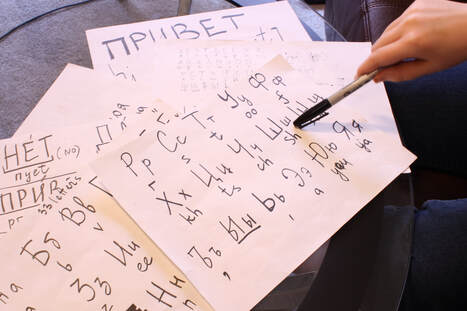 One after the other, we went back and forth through every letter, repeating ourselves three times over. I finally had the building blocks, and now it was time for the basics. It was time for words.

​Unknown to Kamilla at the time, she started with the only two Russian words I knew: Да and Нет. Yes and no.
​Okay, I thought, that was easy enough.

Then we moved onto Привет and Пока. Hi and bye.
That’s fine. I got that.
​
Next: Меня зовут. My name is.
Okay. That was harder.
Then came the part that killed me and caused all hope to leave my body: Рия. Ria.

​My name, but with a rolled ‘r’. My worst nemesis. The letter that made Spanish class a living hell was back to torment me in the Slavic language. I couldn’t do it then, and I couldn’t do it now.

After being thoroughly disappointed that I was defeated by the ‘r’ once again, we moved onto: Очень приятно. Pleased to meet you. 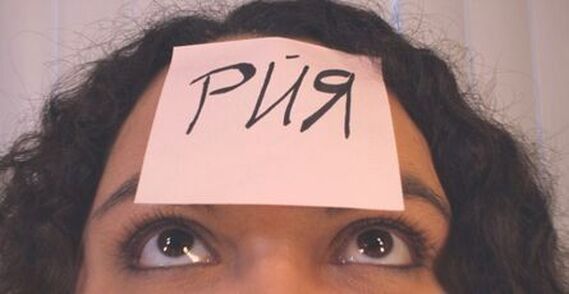 ​I had actually learned how to introduce myself in Russian.
​
It was definitely a fun experience, and I certainly don’t regret it. I’ve always wanted to learn a second language, though I always thought it would be Spanish given the Mexican blood in my veins. But who knows? Maybe if I keep at it, I’ll be a mediocre Russian speaker. Either way, I’m glad I tried. Пока. Спасибо, Kamilla.

If I'm going to learn Russian over Spanish, then So...vi...et.