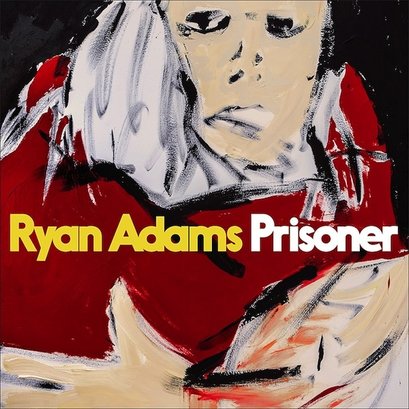 Ryan Adams’ Prisoner is an incredibly raw and vulnerable sonic excursion detailing the various stages of heartbreak and separation. The best way to understand the core of each song and the production would be with a pair of headphones in a silent room or driving. It takes more than one listen to comprehend like Bob Dylan’s Blood on the Tracks. You’ll hear hints of classic country music mixed with the vast production featured in the eighties by bands such as The Replacements, The Cure and The Smiths. Adams is exercising demons on every record but he always gets closer to being the most realized version of himself on tape while honoring his influences instead of shying away from them. ​ 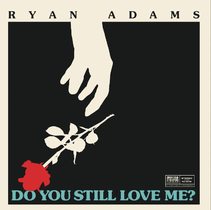 The opening track on Prisoner immediately takes you to church with the organ and huge false starting guitars. Adams utilization of space allows the song to breathe. Each hit means more than the last. It’s almost as if Adams has resorting to banging his hands on a table in a fit of heartbroken rage unable to contemplate what’s transpiring. This symbolizes the beginning of a breakup. It’s loud, angry, accusatory and hopelessly lost, not knowing how you got there and what happens next. Except in this case, it has culminated into an incredibly catchy song that became the album’s first single. In an interview with the NME, Adams stated that this is the only song with a full band on the album. The familiarity of the composition comes from hints of AC/DC, Bruce Springsteen and how Adams stated “This is Prince, but with a couple of Les Pauls.” ​ 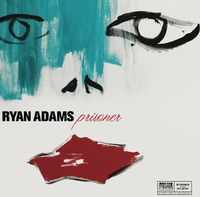 The album’s namesake brings it down from its predecessor. This song is a back to basics piece that sets the tone for the rest of the record. Depending on who you are this could be a country song or something straight from the 80s. Adams use of imagery describing being imprisoned emotionally is comparable to Bob Dylan. The repletion of stating “I am a prisoner” is used as a mantra throughout the song rather than a chorus. All of which leads to a bone-chilling harmonica outro replacing Adams voice as the howl or cry for help. Adams referred to this song as “the moment you realized you’re free from a trap you set up from yourself.” 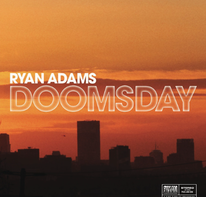 That same harmonica that ended the previous song opens this one letting it say what he can’t at this stage. “Doomsday” keeps the same format of the hybridity using chorus and acoustic guitars to meld into a quintessential Ryan Adams song. You can hear how physically hard it was to get the words out, only making them more poignant and heavy. “Do you love me now, ’til doomsday comes? Well Did doomsday come?” 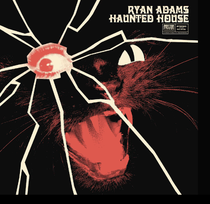 At first listen, this could be considered a call back to the format of earlier records such as Heartbreaker or Gold. There’s a familiarity to the hooky chorus with the quaint acoustic guitars behind him playing a seemingly catchy country-style riff. Really the song is a desperate plea to part ways with the tangible debris from his past relationship. The house is haunted because of the ghosts from both of their past selves still living in the home they had built together. That home is now just a house haunted by memories. Like most of the other singles on the album; this song is short, sweet and to the point keeping the consistency of the mantra-style choruses. ​ 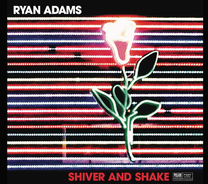 When all of the vast production turns into a solemn moment. This is the most vulnerable and emotionally raw song on the album with the majority of it just being Adams' voice and his guitar. Any percussion or additional instrumentation from keyboards are accents for atmosphere. By this point Adams has shed his skin: exposing his bones pleading, "If I wait here any longer I’ll just fade away.” This song is incredibly honest lyrically. “I close my eyes, I see you with some guy
Laughing like you never even knew I was alive.” ​

To Be Without You 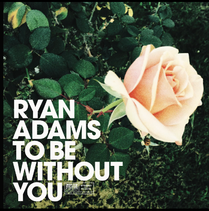 Once again Adams goes back to that recognizable formula with the acoustic guitar and a capo. The drums stay the same the entire time letting the verse and the chords almost serve as a chorus throughout the entire song. Evidently it’s a recipe for a catchy single while still being directly vulnerable lyrically.

Anything I Can Say To You Now 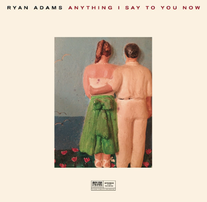 In the previously mentioned NME interview discussing each song on Prisoner, Adams stated that this song was “Trying to write a Tears For Fears song on guitar that felt like Tears For Fears, The Smiths and Simple Minds members jamming.” He’s committed to the full chorused out 80s production on this song similar to some of the production on his last Non Covers self-titled LP. The crushed paper ball described in the verses leading to the choruses explaining that anything said is a lie exemplifies the communication breakdown during a breakup. 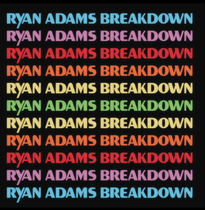 ​Speaking of breakdowns, the song of the same name dissects and describes that process. Adams himself or the listener is forced to stay in the moment in what would be a fight or flight situation. It’s honest and probably isn’t pretty but the song itself is. You can hear the hints of Tears For Fears left over from the previous song but now with U2 undertones from the October- Unforgettable Fire years. 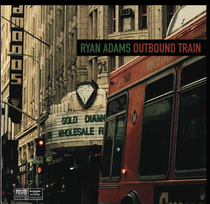 In the first three words you can hear the homage to Bruce Springsteen with the timbre of Adams voice and the earthy production style of the acoustic guitar, roomy drums, and background chorus guitar. Adams stated it’s explaining to yourself why you’re f***ed when you can’t sleep in the middle of the night in Los Angeles. After the third or fourth listen you can hear that almost more than you hear Bruce Springsteen. Like the end of Nirvana’s Smells like Teen Spirit the final words repeated evolve from “I was so bored” to “I was so sure.” Anyone can relate to not knowing if they made the right decision at any given moment. That clarity will hit you in the middle of a sleepless night, preferably with an acoustic guitar. ​ 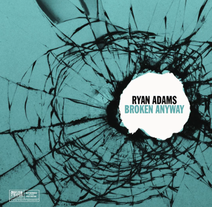 There’s a permanence of ending anything, so in the last moments what do you say?  The guitar solo ending the track embodies that sentiment while still using that mantra formula repeating broken anyway. It’s almost as if Adam’s is saying it to himself rather than his former significant other. He described it as “What is left to say before this moment of impact.” This is settling into the depression in the five stages of grief. Musically, there aren’t any new frills that Adams hasn’t already introduced to the listener on the album. 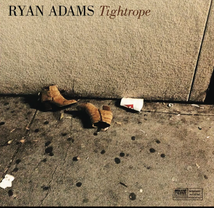 ​Tightrope is remembering something that isn’t there anymore. By this point of a breakup, you’ve now become new people to one another making the communication and evident separation that much harder. But than you accept that those memories and that person is now gone to some degree. Lyrically, the song nods once again to the imagery of Bob Dylan. Once you think you have any of Adam’s song writing structure figured out, a piano and an incredible saxophone feature takes place almost as a visit for the bridge of the song before seamlessly going back into the last chorus. 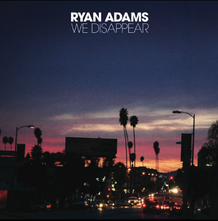 From the first listen, anyone could make the mistake of thinking that Tightrope should have been the last song on the album with the lonely piano outro. But there’s one more statement to make. Memories have faded and our former selves have now disappeared. Not just Adams and his former significant other, but the listener as well. We’re someone new after listening to this album from front to back. Though the song and it’s lyrics are incredibly melancholy, there’s still a silver lining in moving on and evolving by learning from why something didn’t work. The way the song fades out feels like sand falling through your fingers. ​
Fans of Ryan Adams shouldn’t expect to hear Love is Hell part two. This is a strong piece of work that stands on it’s own though there’s a familiar sentiment in the subject matter. For anyone going through any kind of break up this record is essential listening. Analyze the lyrics and the wound will heal eventually. ​

You can find Prisoner on all streaming formats such as Spotify, Apple Music, and Tidal. I always recommend buying music and supporting artists, preferably on vinyl. Adams’ record label Pax-Am has the vinyl listed for 9.99 on their website which is a steal for a new record.