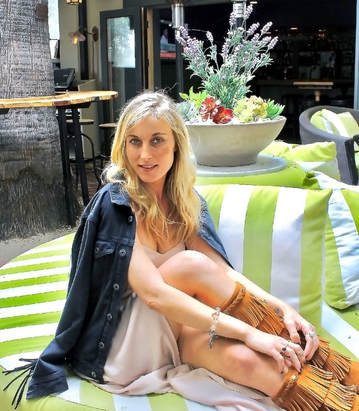 “I was on the playground and these girls came up to me when I was in first grade and asked me to be the lead singer for Material Girl at the Lip Singing Talent Show at school. So, I guess you can say I was discovered.”

​Sadie Katz, whom is a triple threat – actress, writer, and director – from Orange County, was thinking back to the day where she discovered she was “bit by the bug”, the acting bug. Her blonde hair and blue eyes made her the perfect candidate to play Madonna. It was her first taste of performing, and as excited as she was, it didn’t really go as planned.

“I remember the time of the performance, all of a sudden, the music started and the girls were behind me. I was like 5 or 6, and I just froze. That was kind of a weird thing. All I can think of was that I can’t believe I’m on stage. I saw my mom in the audience and I saw my dad. That was really meaningful for me but I couldn’t move and I was just so nervous. So, after that I was so mad at myself that I spent the rest of the entire year planning for the next years talent show. I wanted to be really good and I was going to have a routine. So, I did If Only I Had a Brain by The Scarecrow.”

That one talent show set Katz up for a lifetime of acting and performing. So, thank you, upper-class girls, for leading Sadie to her destiny. All though, it wasn’t all smooth sailing, she has stayed true to herself through the changes in society and the industry itself. She continued chasing her dreams all while raising her son as a single mom. She has starred in movies, such has Party Bus to Hell, Clown Cemetery, Automation, and The Bill Murray Experience, which she wrote and directed as well. 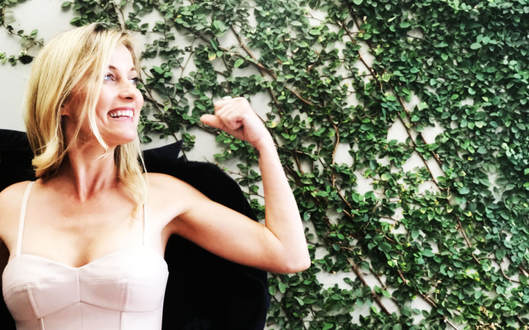 ​What do you think is your greatest accomplishment, as an actress?
You know what? Just staying. I’m only from Orange County, so I’m not from that far, but I remember when I went to the Victory Theater in Burbank, there were all these young people in the class, and I was a single mom, still am a single mom. I had my son, who was very young, he was one years old. They had nothing holding them back and their parents were helping them and they seemed much cooler than me. I thought, “They’re going to do so much better than me.” They seemed like they can get booked faster than me and can do everything better than me, and it just killed me inside. You know what’s funny? I outlasted all of them. Now, it’s been 15 years, and I don’t know if any of them really stayed in acting. So, I think, maybe, just my tenacity to stick around. I had no help, no friends, no money and I had a little child to care for. Sometimes I look back and I don’t know how I did that. That’s kind of a big deal.

"I had no help, no friends, no money and I had a little child to care for. Sometimes I look back and I don’t know how I did that. That’s kind of a big deal." 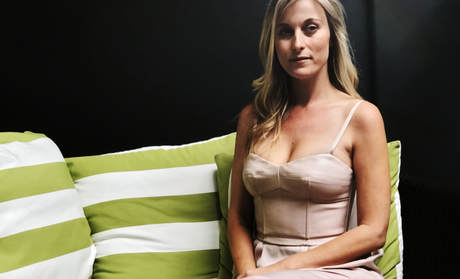 That kind of falls into my next question which is, what was your biggest challenge in acting.
I think it’s so hard to support yourself in LA. Also, social media. When I first came to LA, we were doing black and white head shots and you would submit it by sending envelopes of 8x10s. There were no computerized submissions. For someone like me, I think of back in the day, if you want to make jewelry, you just had to make jewelry. Now, it’s like if you’re going to be a jewelry maker, you have to have a great Instagram, a great computer website, you have to create this whole online thing. That’s a bummer to me. What acting is now – I don’t give a f*ck about taking selfies. That’s not something I want to do with my life. I’m a grown woman.
It’s like how society has changed over time- with the influencers and all that.
How can you be an artist and be on the phone all the time? That’s two separate things. If I’m an artist and I want to be humble, it probably has limited my career, because when I go to auditions, they’re like,“How many Instagram followers do you have?” That’s unfortunately, when you do indie films, what they want to know. How about, where was my training? And I know a lot of people who are actresses, and are great. They post bikini shots all day and are doing much better than I am, on a certain level with certain films. But I don’t want to do that. I’ll wait for the right roles. I just submitted for something today that I was like, “I would love to do that.” I understand where the producers are coming from. If they’re going to pick somebody, are they going to pick somebody with a million followers, or someone with five thousand followers. I never watched a movie where I saw a girl on Instagram. It’s kind of weird. I think that’s a big obstacle that I haven’t made peace with. I’m still deciding what I want to do with that.

​Do you have any advice for newer actors and actresses who just moved to LA?
I would say, you really have to work out your finances and figure out why you want to be an actor and what it’s worth to you. Not everyone is going to be a superstar. So, if you want to be a working actor, it takes about 10 years to become one. Being a series regular is a lightning bolt. Being a working actor is essentially a low paying job. I would say, figure out another job you can have at the same time of acting, and your acting won’t be at such a high expense. Acting is a small business, so you have to put a lot of money into it. If actors understood that, they wouldn’t be so eager to go home. You have to put money into your website, development, and it's constantly a greedy cash cow. It’s like opening your own business.

“I would say, you really have to work out your finances and figure out why you want to be an actor and what it’s worth to you. Not everyone is going to be a superstar." 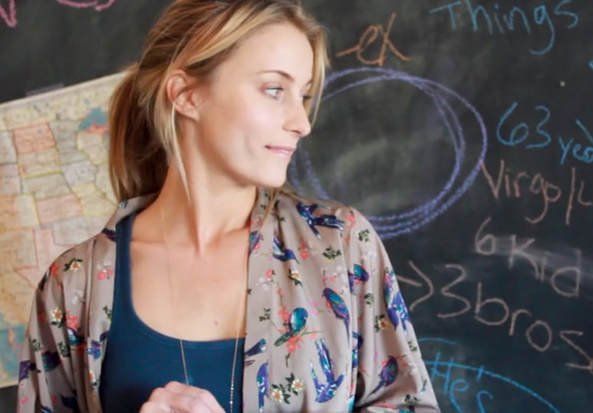 ​Do you have any projects coming out in the near future?
I just had Party Bus to Hell come out. I currently have The Bill Murray Experience, which I’m really proud of because I directed it. Automation will be coming out which is this really silly, fabulous little sci-fi-horror film. And then Clown Cemetery, directed by Min Collins and co-written by me. Very scary.

With a resume full of exciting, enjoyable, and intriguing movies, I’m excited to see Sadie’s future work. Her powerful and fascinating personality is sure to guide her to a bright future in Hollywood – an industry that is in dire need of someone like her.
View Sadie's Work.