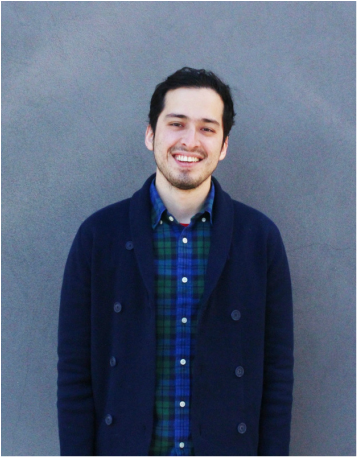 ​
​Saturday Feb 6th, 2016 - Aymen Khoja and his colleagues walked down the red carpet at the Woodbury University screening of Sargo, the first ever Saudi-American web series collaboration.  Sargo is one of the many projects that Aymen has directed and created. Although he has always had an interest in films, Aymen’s passion for filmmaking only grew after he had interned at a production company in Saudi Arabia, where he learned the craft of filmmaking. Two years later, he moved to Los Angeles to pursue his dream. Today, Aymen is a graduate filmmaking student at the New York Film Academy. As an aspiring filmmaker from Saudi Arabia, Aymen hopes to showcase his talents to the world, and inspire change in the Saudi film industry.

How did you develop an interest in filmmaking?
​“I never planned to become a filmmaker. I remember as a kid, I always enjoyed watching old movies and was fascinated by all the different elements that go into filmmaking. After that, I started making my own short video clips and posted them on Youtube. When my videos became popular, I showed them to my father and told him that I wanted to pursue a career in filmmaking, but he did not approve. He thought it was a hobby, not a real career. I wanted to prove him wrong, so I applied for an unpaid internship at a production company back home. A few months later, I was hired as a producer where I worked on documentaries and commercials. But I knew that making films is my passion, so I decided to study filmmaking in Los Angeles, and that is how I got to where I am today.”
​
What was the inspiration behind “Sargo”?
“Sargo is a thriller TV series that follows the story of a Saudi student who has been kidnapped by two thugs, but in reality, it goes beyond just that. It explores and illustrates the misconceptions between both cultures: Saudi and American.”

"My main message to the audience is that we are all the same, regardless of what the world perceives from the media."

​​​ What do you hope to accomplish in the future?
​“I want to make films and put them out there for people to watch and enjoy. I am not just a YouTuber, I am a filmmaker. I want to make movies and share my talents, as well as the talents of my team, with the world.  I hope that one day that I would have the opportunity to screen my movies in Hollywood, Saudi Arabia, and all around the world."

"I believe that there is a positive change in the Saudi film industry, and I want to take part in it."