Written by Elizabeth Petkas
Photos by Andy Barrales and Dulcie Yamanaka
Having never been on a scavenger hunt before, I found myself completely lost inside Descanso Gardens.  Me and my teammates were staring at a Japanese Garden, arguing about whether or not I should get in the photo we had to take, when we found out another team had almost completed the Hunt. It was then that I realized that the six other teams were taking this seriously and we had to get it together as a team to win Woodbury’s Museum Scavenger Hunt!
30 Woodbury University students and faculty attended a scavenger hunt at Descanso Gardens on April 6, 2018 hosted by The Healthy Living Program, 7500 Club, IPA and ASWU. Teams were told to turn off their cell phones and they were given a map and a packet of clues to find all over the park. The winning team was offered a $100 gift certificate if they found all of the locations.
​ 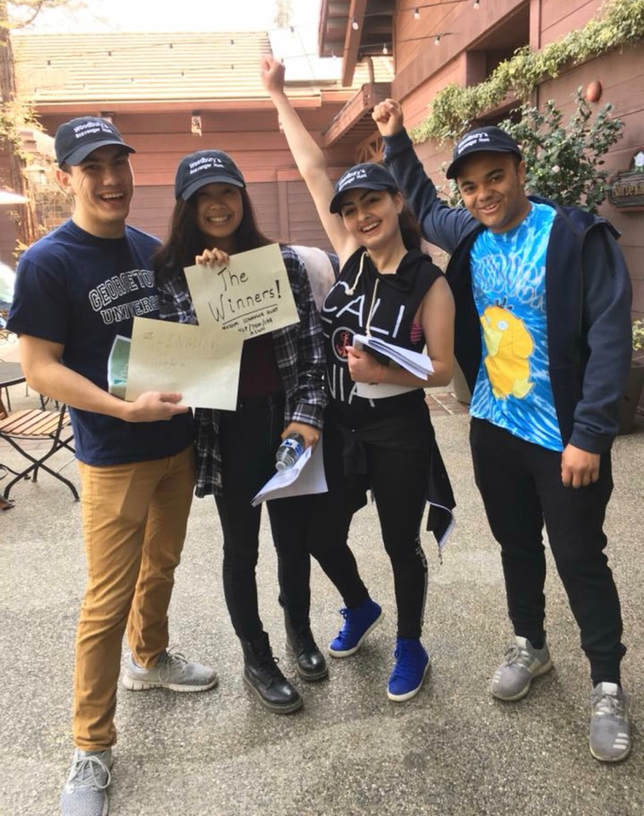 The Winning Team
Each student was separated into a team, along with a student guide, who was there to ensure that teams follow the rules. The Guide was in charge of taking images of each team and sending them to Risa Williams (the coordinator of the contest.) Our guide, Andy, refused to give us any hints, however, and that is how we got lost on Clue #2. Andy, who is my friend, could not convinced to help us cheat no matter what I tried such as trying to bribe with with the winning gift card if he told where the clue was. But he wouldn’t, insisting he had morals. So, in other words, this Hunt was the real deal.  Each team member wore a custom black hat and had to take a picture at each of their scavenger hunt locations in order to win the grand prize.
​ 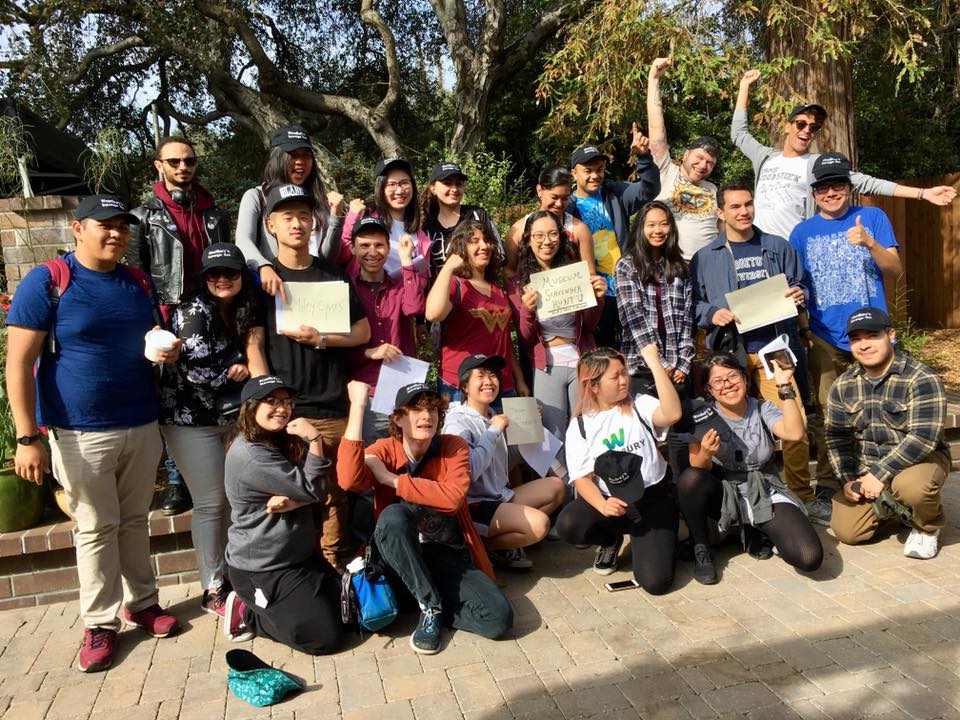 After a quick 45 minutes, the winning team, Spencer Gindraux, Lanelle Ira, Anahit Antanyan, and Spencir Bridges raced to the finished line minutes ahead of the second place team.

“It was a little slow at first but after we found the first loca­­­tion we were able to move pretty fast. We followed the signs and the soundings and we didn’t go in order. We hit the Japanese gardens first and then the theatre last but the hardest one to find was the bunny,” said Spencir Gindraux.

“The Descanso Gardens was the best place to do this scavenger hunt as there are a lot of hidden places and it is an overall beautiful place,” exclaimed Anahit.

The winning team had no problem finding each location; however, it proved difficult for the other teams. After 45 minutes of the scavenger hunt, the winning team claimed their prize from Healthy Living Program/7500's Risa Williams. Other teams joined them 15 minutes later.

After each team returned from the scavenger hunt, many people stayed and walked around the stunning gardens for a better view of the grounds. Descanso Gardens contains one of the largest collections of camellias and other flowers in the Western Hemisphere, so one can only imagine the beauty this place holds. Even though my team came in last place, it was a memorable fun experience and an excuse to escape the city life of LA.
​