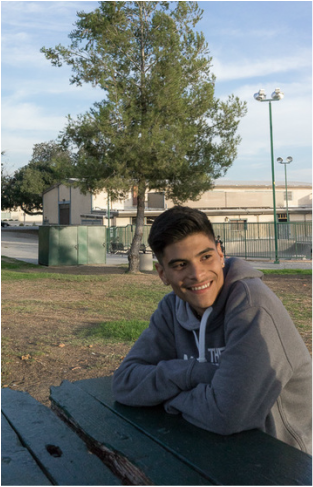 Nathanael Blaze Delgado
Proudly declaring Monrovia, California as their home; Nathanael Blaze (born Nathanael Delgado) and Tone One (born Freddy Marroquin) claim their influence from rappers such as Nas and Eminem to musical genres such as lo-fi, boom bap, and jazz. Nathanael Blaze, age 20, rhymes effortlessly as if he was truly destined to be a MC while Tone One, age 24, has a golden ear for discovering laid back, relaxing jazz samples tailored to match the energy of Nathanael.

How would you describe your sound?
"Expressive and Urban, I believe our sound is definitely original and nobody really sounds like us. I basically describe my teenage years around the suburban areas and my aim is to speak to all the kids within my generation."

Freddy: In terms of beatmaking, I tried making contemporary trap beats but it didn’t feel right and it doesn’t fit with group’s identity. I try to make classic hip hop beats such as Boom Bap, Lo fi and Jazz beats. Anything that’s too modern, we try to stay away from it. My main influences in terms of sounds come from the producer Madlib as well as MF DOOM.

Nathanael: Yeah, we’re trying to make classics and not one hit wonders. We want something with high replay value. It’s this ambition and hope that I have for our group that enables me to have this high drive of optimism.
When and why did you begin rapping?
Nathaniel: It’s been 8 years, I’ve been rapping since I was 12. The main reason I got into rapping was to impress the ladies (laughs)  but when I realized I was good at it, it started becoming fun. At the start I was rapping on and off 'til I was 16, then I started taking it seriously after being involved with the local skate park.

​"It gives people an outlet, because I think people are always holding back, thinking that they’re too cool to express themselves. So I try to represent them." 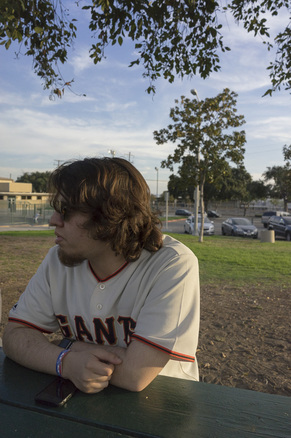 Freddy aka Tone One
How do you incorporate culture into your music?
Nathanael: Skate culture and the suburbs is the main culture that I incorporate to my music, I just rap about everyday life and every thing that i do. I try to keep topics that are close to home.

Freddy: In terms of sampling beats I definitely sample jazz music. It’s hard to pinpoint a certain culture but looking back on my Hispanic background, because I’m from Guatemala so I might sample traditional songs. I grew up with my uncle, he was a classical piano player. He’s a well known stand up bass player in a Jazz band.

What’s your favorite aspect of rapping and producing?
Nathanael: It’s the feeling I get from rapping. If I would describe it, it would be like riding a roller coaster-from the process of writing and getting into the booth rapping the lyrics. It’s a great way to express my self because I wasn’t able to express myself growing up, music helps a lot in making me happy in general.

Freddy: Sampling is great cause you take a song and switch it into something new, making it more fresh and contemporary. When you finish sampling, you realize that you have a piece of music that’s new that you can share to the world.

“Study different artists, learn what makes them successful and don’t copy them because they obviously did something right to reach where they are.”

You chose a skatepark for our interview. Has skating influenced your music in any way?
Nathanael: It’s more of an outlet for me, I get to come here and hang out with my friends after school, get away from home. I actually discovered rapping when I was with my homie and I did a freestyle when we hung out. Also my English teacher from Canyon Oaks High School was really supportive, she gave me journals, dictionaries, quotes. She’s basically a very huge influence for me.
How’d you come up with the name SOCIALEYES?
Nathanael: We were actually a trio, the person that left the group actually came out with the name. It describes our style really well, and the word play within it like, "Social Lies to Socialize".

What was your impression of 7500's Fear Fest?
Nathanael: It was definitely super fun. It’s a good way for us to put our music out there. It's especially awesome to see when people stop by once they hear our music.

Do you guys do a lot of gigs?
Freddy: We slowed down recently when it comes to playing shows. We don’t really play a lot locally because there’s not many options outside of this venue called Inland Empire.  We slowed down in playing shows in order to focus on our music, produce more songs and start compiling for an album. Also in the world of Hip Hop, a lot of your own money is invested into it. It’s different than the punk scene where I worked with a band called Jurassic Shark, and most of the times the shows are free. In the Hip Hop scene however, you have to pay someone to play a show. 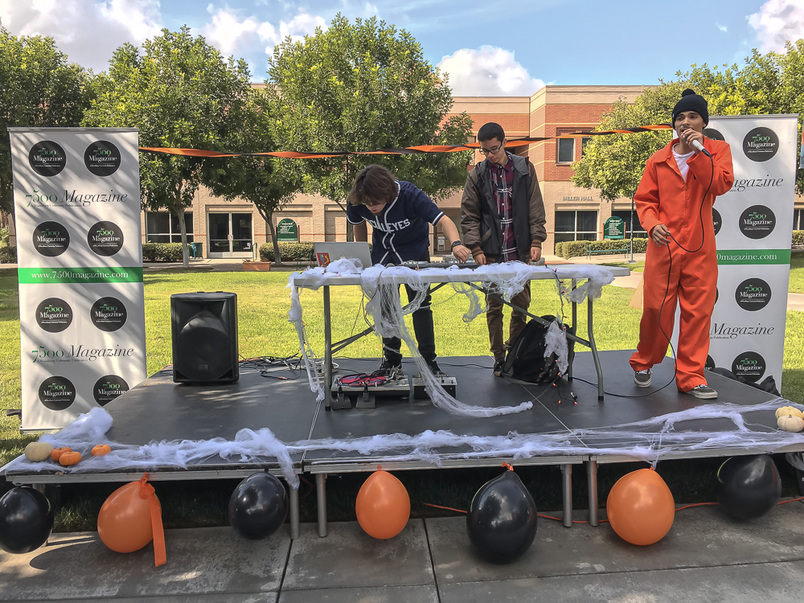 Live at 7500's Fear Fest
​Where does your knowledge of the music industry come from?
​Freddy: We look at other artists that are successful and try to pinpoint what makes them successful, you don’t want to copy them but you wanna learn from their success. We also right now don’t wanna collaborate with many people for now because we don’t wanna be influenced by other people.

What projects are you guys currently working on?
Freddy: We’re working with Why Not? For a collaboration tape, some tracks are still on the works and we need to master the album. Whereas for other projects we’re stacking up on beats for the debut album and work with  the ones that we like.

Nathanael: As far as a SOCIALEYES album, we’re waiting for the collaboration to drop first and hold back on our debut album until the time is right, for us to get more buzz around the group- so people know our progression.

What do you think is the best thing about the music you make?
Nathanael: It gives people an outlet, because I think people are always holding back, thinking that they’re too cool to express themselves. So, I try to represent them.

What’s your advice to other aspiring musicians?
Nathanael: Don’t give up, take your time and study the business side of it.

Freddy: Study different artists, learn what makes them successful and don’t copy them because they obviously did something right to reach where they are. You have to know the culture as well, from breakdancing, graffiti to any aspect of hip hop.

"Definitely know your history so you don't have any mistakes in your creative output." 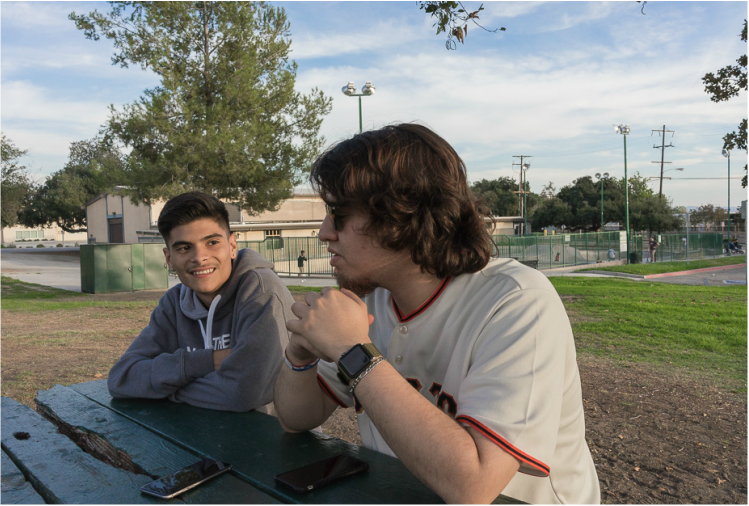 What is your greatest fear?
Freddy: Losing my ambition for music and finding someone stealing my samples.
Nathanael: Not becoming famous and successful in the future (laughs). Also, roller coasters that go up and down.
​
Check out more of SOCIALEYES' work on their social media profile:
Instagram
​Bandcamp
Facebook