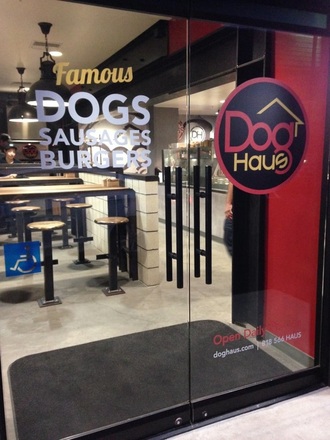 Even though Stevon Lewis has been working at Woodbury for three years, you may not have seen him around campus. This is because his office is hidden at the end of the hall of the Whitten Center. You have to go through a secret door to find him. When I met Stevon, I was impressed by how open and friendly he is. This is not surprising as Stevon is the head of Counseling Services where he helps students deal with difficult issues and situations.  In his free time, he hangs out at Public School. Not the actual school, but a pub downtown.

How long have you lived in Los Angeles?
I have lived in Inglewood since I was fifteen. So, I have been in the city for over 20 years.

What is your favorite find in town?
I love burgers so any burger spot works for me. In Burbank there's a little "hole in the wall" place on Glenoaks that's good called Apollo Restaurant.

How has Woodbury changed since you’ve been here?
​Woodbury has changed a lot. When I first got to Woodbury, the signal at the front gate wasn’t there, the Res Halls weren't painted either. I have also started to venture out more. I have found that while Burbank is small, it has a lot to offer. There are some good thrift stores in Burbank and I like the Dog Haus restaurant near Disney and Warner Bros. Studios​.

What's the strangest thing that ever happened to you in Burbank?
Running into people that you never expected to. Like at Another Broken Egg Café, where I ran into a guy that I went to college with. We are sixty miles away from where we met, but we ended up seeing each other in Burbank, which is crazy.