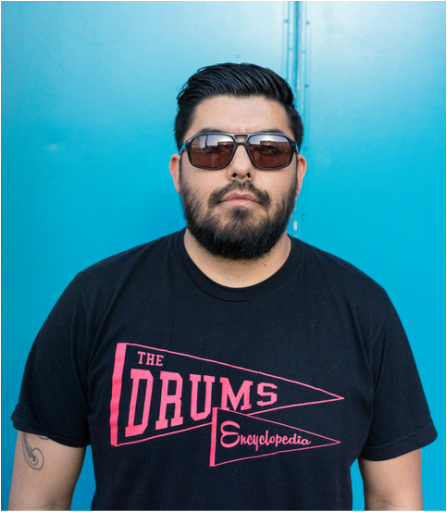 "Growing up in the 90’s was a bit crazy in LA. At the time I had to choose from either gangs, drugs, or graffiti. I chose graffiti simply because I didn’t want to die young, end up in jail or become an addict like a few of my friends had started to become." Originally from Compton, California; Steve Martinez recounts a time in the 90’s when gang violence was at its pinnacle. Martinez, sporting a comb-over and dark aviator shades, is a muralist, fine artist, photographer and graphic designer who gained his popularity through contemporary art work, which he states on his website, "combines the symbolic and realistic aspects of daily urban life." Possessed with the nature of a quiet, inspired child; Steve Martinez took the path less traveled in an environment permeated with negative impact. He has painted ten murals. Half of them have already been erased. His art represents the discourse between the symbolic and the realistic within daily urban life.

​Back in the late 80's, going down the 101 Freeway -- occupied with tons of murals from the Olympics covered in graffiti -- an interested Martinez, took a glimpse at his undiscovered future: a future that pivoted into something often frowned upon: graffiti art (often affiliated with tagging). It was at this moment he made the conscience decision to put his curiosity to test.
Although born in Compton (as well as spending ample time in the Huntington Park/South Gate neighborhood), Martinez considers the San Fernando Valley his home. Seeking a positive outlet, Martinez began his creative endeavors at Van Nuys Junior High School. ​ Martinez met a friend who did graffiti art that went by the nickname “Tragic.”

“I had this kid in one of my classes, that's how we became friends. He told me not to do it, that graffiti was addicting, but I was already hooked. He was a cool kid but a bit on the crazy side. His lettering style was so good that I didn't mind his craziness, I just really wanted to learn how to do letters like him.” says Steve.

​"I first got introduced to graffiti as a little kid through my older brother. He was a b-boy back in the early 80’s and all his friends were either b-boys or graffiti writers. I learned how to do bubble letters when I was about 8 years old. The older kids that showed me how to do letters bombed [tagged] around the neighborhood but I didn't know what graffiti was, I was too young at the time.” 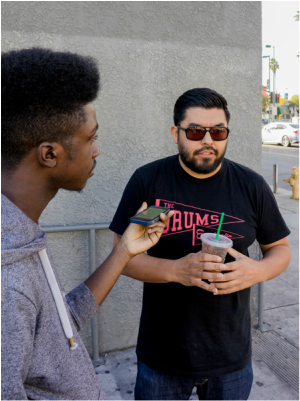 ​​After continuous progression throughout his time in middle school and high school, Martinez enrolled into community college at Los Angeles Valley College as an art major.

“I went to CC [community college] as an art major. I studied graphic design. That was my main focus at the time, I really fell in love with it in college. In 2012 I started painting with acrylics and married the two. I like to design all my pieces before I paint, it really comes through in all of my artwork. There’s a marriage there. Eventually, photography also made its way into the mix.” he says. Remaining persistent and dedicated to his passion, Steve Martinez reconnected with a long time friend (known as SickOne) dating back to the early 90’s when he grew up.

“I’ve known him since the early 90’s when graffiti in Los Angeles was at it's peak. I started a crew with a close friend of mine that knew him, eventually he joined the crew. We lost connection for a few years and would randomly run into each other at art shows. Once we both got serious in our crafts, we reconnected," Martinez recounts.

After reconnecting with SickOne, the community of North Hollywood wanted a refreshing transformation to a somewhat depleted community. SickOne and Steve were asked to create a mural located on Lankershim and Magnolia.

"I wanted there to be a relationship that would feel something like a friendship between myself and whoever stumbled over something I’ve done and appreciated the sentiment." 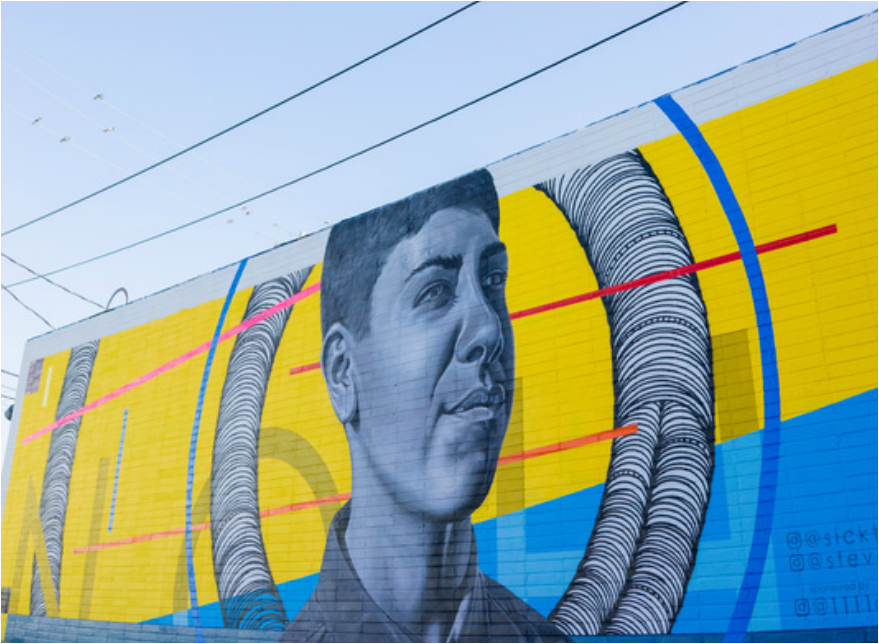 “The inspiration behind the mural is SickOne’s nephew Frankie Julian Lopez Jr. He just turned 14 and was recently diagnosed with an inoperable brain tumor,” Martinez says. “Despite his terrible diagnosis, Frankie is one of the most happiest and most positive kids you can meet. The mural is not designed to be a memorial but a celebration of his life. That is the reason for the [choice of] colors."

"Life is very colorful and painting this mural definitely was a good reminder of that. We saw everything: from people experiencing public art for the first time, to people shooting up and arguing over parking. We wanted to bring something positive to the community and hopefully we achieved that with Strong Resilience."

"The Modern Muralist" by Steve Martinez, Willie Herron III, Chris Brand and Evan Skrederstu
Any advice for young artists who are just starting out?
“My advice would be to just keep moving forward. Everyone starts at the bottom. People think I was born being able to paint. Painting, like any other field takes hard work and dedication, ten thousand hour rule."

"Don’t give up on your dream, you can be great in any profession you choose. The one thing you can't teach and or learn is passion." 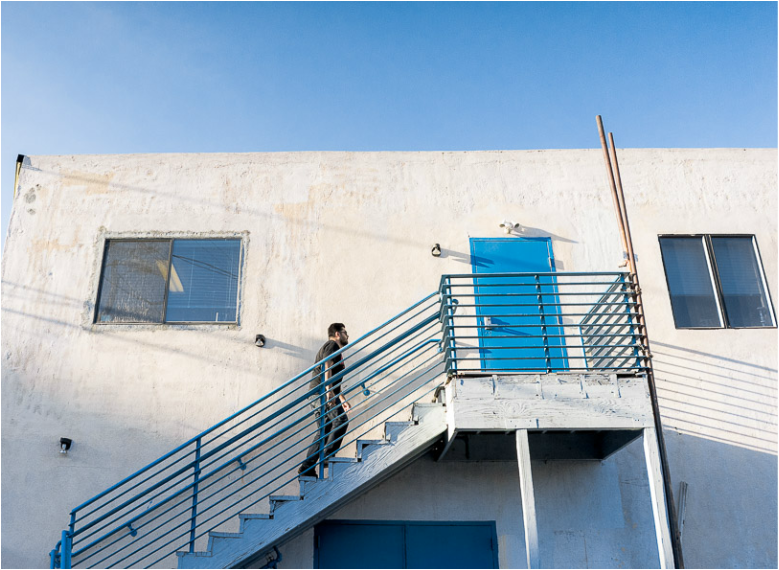