Written by Ayaka Takahashi
​Photos by Laura Gutierrez
What does Asian food taste like? A lot of people who are not familiar with Asian culture would be scared of food that I grew up eating, especially when it comes to seafood. It is seen as something strange when people from other cultures are asked to eat raw fish. However, it’s not so bad to try a new food, think of it as a challenge and an adventure. I decided to introduce a select few 7500 staff members to the exciting world of sushi, hoping to make them experience a new culture’s cuisine.

Chiba, Japan, is my home city and the first place I tried sushi at just 3 years old. Sushi is quite different in Japan from the U.S., where Americans have created new sushi rolls using cream cheese, avocados, spicy tunas - despite the Japanese not having these ingredients in our sushi making. We use a variety of fish including: tuna, shrimp, scallops, or yellow tail fish on top of small portions of vinegar-sweetened rice. To the Japanese, sushi isn’t much different from a hamburger to an everyday American. So, it was strange to me that Bayan, Smaher and Mohammed had never tried sushi before. I made it my mission to teach them what I know. ​

On a Thursday afternoon, the sushi crew was ready to set out. We added a little diversity to the tour by letting our brave sushi-challengers also try Boba drinks, a drink invented in Taiwan. We stopped at Bon Bon Tea House in Northridge before heading to the sushi restaurant we picked.

​While looking at the menu, the three of them seemed a little hesitant to order and kept asking me what exactly Boba is. I think a lot of people in Los Angeles are familiar with Boba drinks since there are bunch of cafes offering them and they are a very popularized drink in this city. Boba is called "Tapioca" in Japan and it is originally from Taiwan. The tapioca is usually combined with teas like black tea, oolong tea, Jasmine tea and Tinguanyin tea. Tapioca drinks are very common and popular in Japan, Korea, and of course, Taiwan.

“Yeah it’s good," the group agreed.  I was glad that I could hear this from the three of them. As we saw them all change their attitudes about Boba as they drank at the wooden tables inside of Bon Bon Tea House in Northridge. 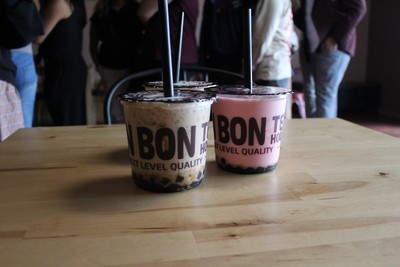 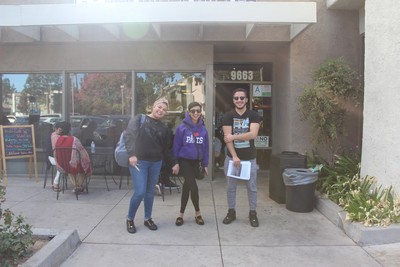 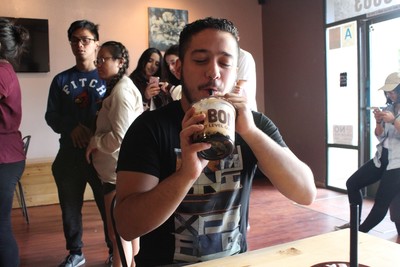 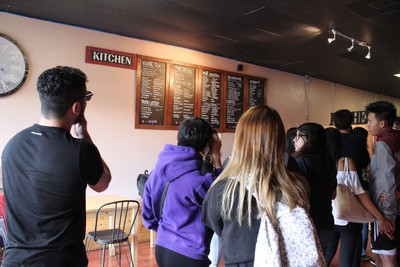 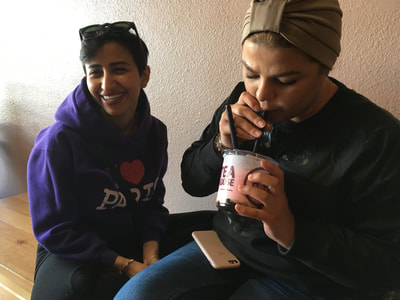 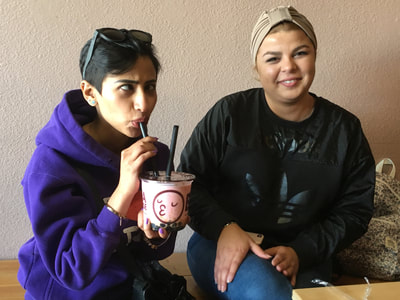 ​After Boba, we moved to our main event: Sushi. The Japanese restaurant we went to was Omino Sushi, also in Northridge. This place provides very authentic Japanese food from sushi to bento boxes and an assortment of other dishes.  Here our challengers were asked to try: octopus, eel, raw shrimp, salmon roe, fresh scallop sashimi and deep-fried shrimp heads. 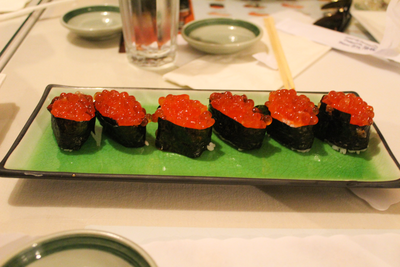 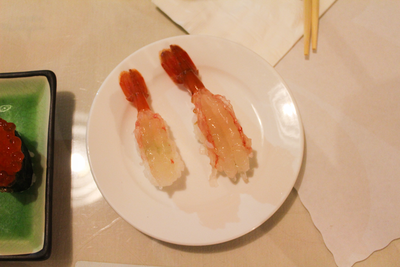 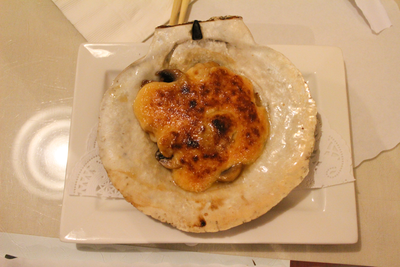 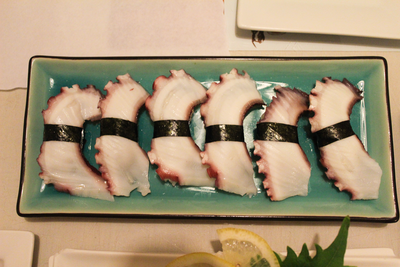 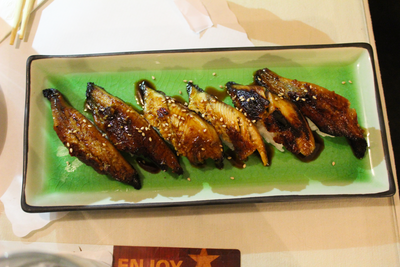 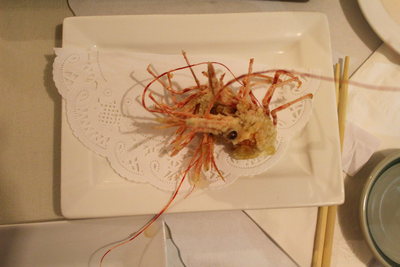 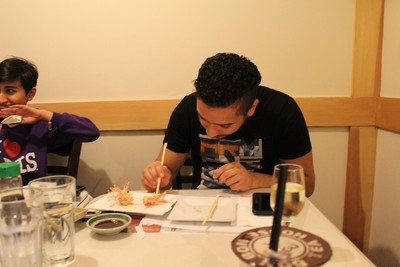 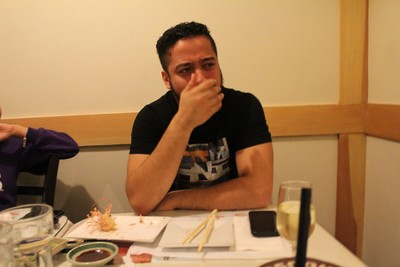 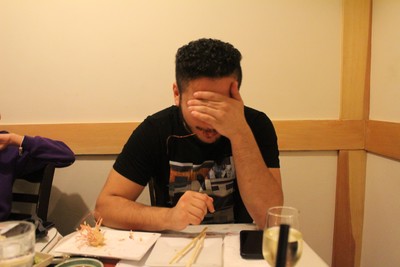 I gave Mohammed the biggest mission of this whole sushi challenge, trying a deep-fried shrimp head. He kept rejecting it  but finally he decided to eat it.  When he started eating the shrimp, he quickly realized the strange taste in his mouth and found it revolting. His biggest issue with this was after attempting to chew on it, it took him no longer than a few seconds. He rushed out to the restroom with his hand over his mouth. Needless to say, it did not seem like it suited his tastes at all.

What my fellow sushi eaters had to say:

Bayan: I went to the sushi restaurant for the first time ever. I tried some weird dishes such as salmon egg sushi, octopus sushi, shrimp sushi, shrimp heads, and calamari with mushrooms. First, I started by eating octopus. It was so disgusting - so chewy - as was most of the rest as well. The shrimp - I ate it for the first time - it was chewy as well - so I didn’t like it!  I hate the seafood smell, so, that might be the reason that I’m not trying it again!

Smaher: The best part of sushi was the wasabi. Eel is the worst thing I had because of the fact I screamed when I felt it in my mouth.

Meshaal: Being a picky eater in general has made the experience of trying sushi for the first time a unique moment in my history with food. I hesitated for a few minutes before closing my eyes and having the first bite of sushi. Shrimp tempura roll is what I ordered after asking the server about what could be the best dish someone who has never tried sushi before. And guess what? I hardly swallowed the first bite. One bite was sufficient enough for me to know sushi is not for me.

​Mohammed: Shrimp head. It was the most disgusting thing I have ever tried and I personally wish that shrimps went extinct after that.

Tips for First Time Sushi Eaters:
​
1. EAT WASABI WITH SUSHI. IT WILL CLEANSE YOUR MOUTH.

2. DON'T TRY CHEWY THINGS SUCH AS OCTOPUS, EEL OR RAW SHRIMP DURING YOUR FIRST TIME.

3. PRACTICE USING CHOPSTICKS SO YOU DON'T HAVE TO STRUGGLE TO EAT.