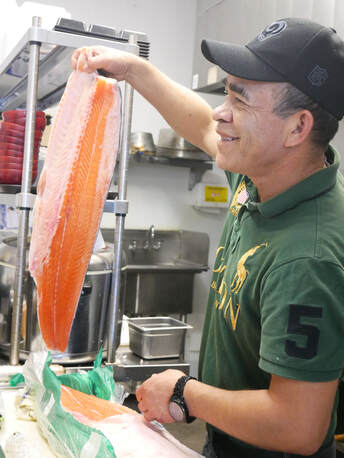 The American Dream. Many move to the United States, face struggles and find it hard to achieve it so they go on dreaming about it - while others turn their struggles into motivation and accomplish it. Julio Munoz, owner of Super Ninja Japanese Cuisine has a unique story and we had the honor in learning more about him and his journey while eating a few popular sushi rolls at his restaurant. His life has taken many twists and turns, from having moved from Zacatecas, Mexico to Los Angeles, California in the 1980’s. Julio started as a dishwasher at Koyo Sushi and moved on up little by little, learning the sushi basic to learning how to cut and roll them.

He met his wife there, both working at the restaurant, and decided to move to Japan for eight years. There, he gained more inspiration on deciding to open a restaurant of his own. He was able to learn the language and master the art of creating sushi.
​
Known as an early bird, in order to provide fresh and great quality sushi, his daily routine consists of him waking up before sunrise and getting to the fish market in downtown LA at 4am, to be exact. We asked him a few more questions, as well as asking him for a piece of advice for someone who would want to start their restaurant, he advised us to "Never lose hope, which is the most important thing for anyone. And if you believe in yourself, you will grow."

"What's your favorite sushi roll? Give me a one hundred dollar bill and I will make it for you!" - Julio Munoz 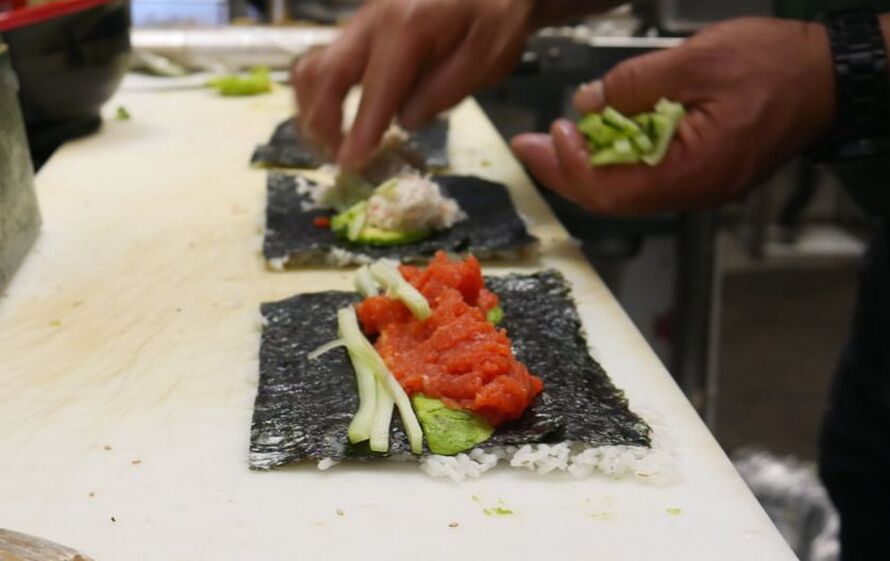 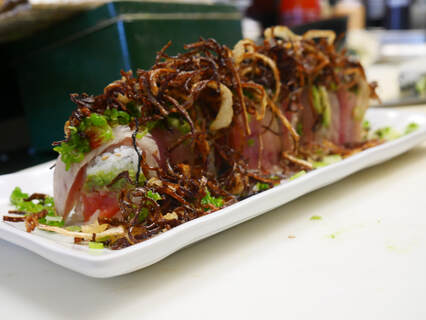 First on the plate, we had the sashimi platter- tuna sashimi as well as the yellowtail sashimi. The portions are sizeable and flavorful, it was actually my first time trying sashimi! We ordered the most famous roll they have, which is the Super Ninja Roll. The Super Ninja Roll has a crunchy topping of thin deep fried onions, avocado, chilli sauce and panzu sauce -  filled with avocado, cucumber and spicy tuna. Again, the portions are sizeable, by this roll, I was already getting full! The next and final one we tried was the firecracker roll, another regular’s favorite choice. Don’t get discouraged by the name, it is not too spicy to handle!    It is deliciously filled crab meat, shrimp tempura, avocado and cucumber while being topped with spicy tuna, crunchy tempura and eel sauce. The mixture of it all is a deliciously indescribable taste!

For those who love to share what you eat on Instagram, these dishes are all aesthetically pleasing! So snap away if you like. The prices are average, about $10-$15 per roll and the customer service and food quality they provide is unique and welcoming. Below you will find the interview I had with Julio at Super Ninja Japanese Sushi Cuisine.

"Never lose hope, which is the most important thing for anyone. And if you believe in yourself, you will grow."